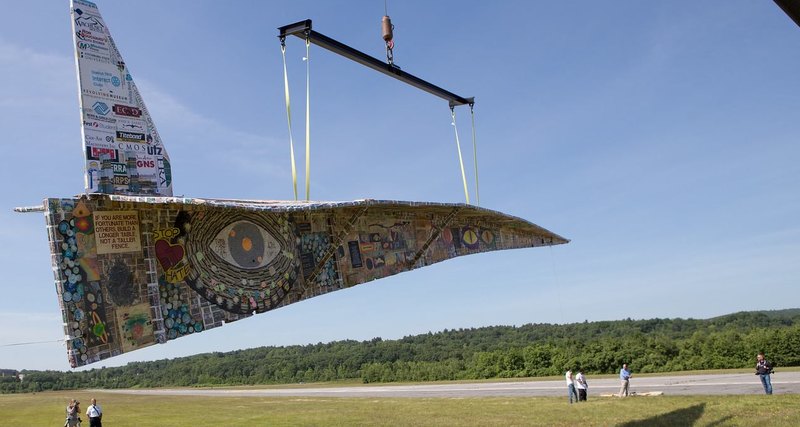 A paper plane weighing 680 kg was created by 4,500 volunteers aged between 2 and 92 years. The idea was suggested by the resident of Fichburg Jerry Beck – artist and art director of the local museum Revolving. She pursued several goals: to break the Guinness book, unite people and give them the opportunity to self-actualization.

Collective work on the creation of a giant aircraft took four years, and there were so many willing that the plan was revised upwards. Instead of conceived 15 meters, the art object reached a length of 19.5 meters. On the frame of bamboo and corrugated cardboard people strengthened drawings, collages, origami, photographs and any creative crafts based on paper.

In the further implementation of the idea, the employees of the Massachusetts Museum and the city airport took part. In the presence of representatives of the Book of Records, the plane broke away from the ground with a crane.

The previous record paper plane was created by students and teachers of the Braunschweig Technical University in 2013; in length it reached 18 meters.