The worldwide robotization process has already been launched 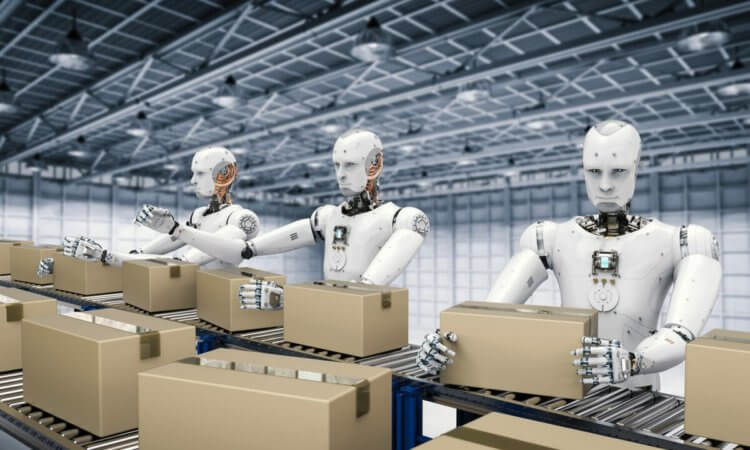 The other day, Elon Musk revealed the secret of the camera over the rearview mirror of the Tesla Model 3. And although the main purpose of any camera is to shoot what is happening around, some details were found out. So, the camera will monitor the interior of the car at the moment when it runs on autopilot or is rented out until the owner needs it (Musk believes that it will be possible to “recapture” part of the cost when buying a car). Another function of the camera: driver identification (if there are several) and automatic adjustment of all systems for a specific person. From seats and mirrors to adjusting the climate system. The development of Tesla is taking leaps and bounds, the autopilot is actively used on the roads, and the car itself knows how to arrive at the entrance to the shopping center from a parking nearby. This is already a reality that we read about as fiction some 5-10 years ago. But I assure you, quite a bit of time will pass and robotization will become as commonplace as using a phone to pay at the checkout in the super market. Moreover, the current situation in the world is very disposed to this.

What is folk car sharing

What is ordinary car sharing – we all know perfectly well, since in our country it is developing by leaps and bounds. But the concept of folk car sharing is much less known. Its essence lies in the fact that the owner of the car can share it on those days when he does not need it. Such a rental is given for at least 1 day so that you can take the car and return it to the place no later than when the owner will need it (but more often and more profitable to take it for a longer period, for example, while you are sick or went on vacation). Of course, the owner receives a reward for this. You can share not only a car, but also a scooter, scooter or bicycle. The main thing is to return it back. Today such sharing is quite actively developing in Europe.

Interesting fact: The Tesla owner will be able to configure the rental parameters automatically, setting the time when he is in the office or resting after it. And in the future, the car will be able to return to the owner at a certain time. Fantasy? Almost not 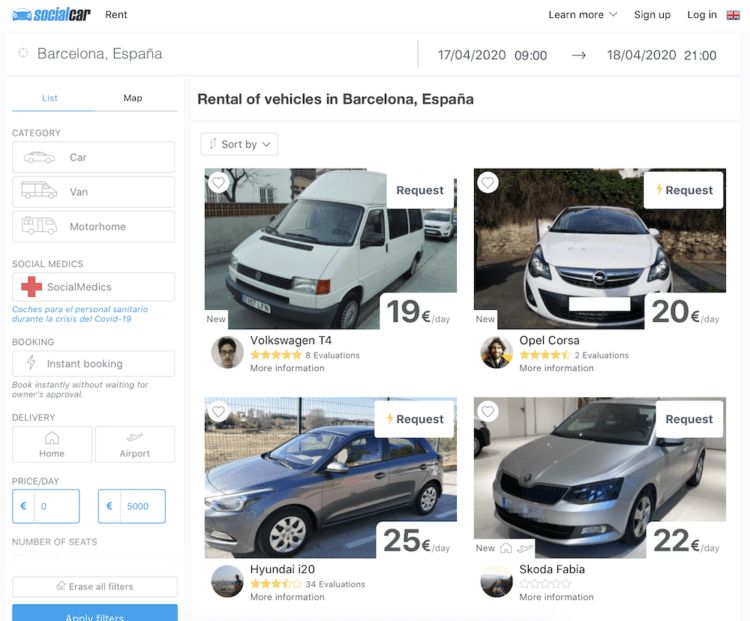 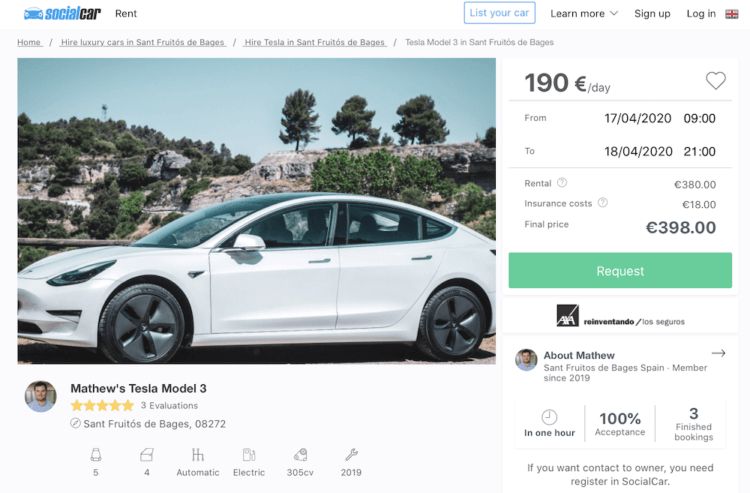 But in order to start renting your car, you need to do some action with it. Sign an agreement, equip with the necessary electronics (to be able to open it from the phone, for example), perhaps show a car to a service company that will act as an intermediary, etc. Moreover, it will be necessary to somehow describe visible and hidden damages, if any, and in the case of new ones, it is necessary to find the culprit and recover the cost of repairs and so on. Maybe that’s why there hasn’t yet been a boom in popular sharing, who knows.

But Elon Musk has already taken all this into account. In fact, his Tesla is a ready-made device that can be shared with others. It is so full of electronics that giving access to the salon to anyone who has paid the daily rent is not difficult. Musk can quickly launch an application similar to regular car sharing, but inside it we will see only Tesla and only those whose owners agreed to rent their cars. Also, the presence of cameras in a circle and inside the cabin eliminates damage to the car, and all kinds of sensors will track bumps or hidden damage that occurred during the rental period. Agree, when you can rent your car with the click of a button and you are sure for its safety – many will agree to this.

I wanted to take the Tesla Model 3 in folk car sharing in Spain. Registered and contacted the owner. He was ready to give a ride in a car with one “but.” He rents it with Valet parking on. And this means that the car cannot go faster than 100 km / h and its acceleration is not the same as in the original. So, Tesla technologies are already used for safe sharing.

But this is only the first step. The second, which will certainly follow him, is the inclusion of a fully autonomous autopilot!

How safe are autopilot cars?

Back in 2018, Tesla published the first statistics on the safety of its own cars, comparing its performance with the average for the country (USA). Then the numbers showed that their cars (without autopilot) get into accidents 2 times less often than others. During the operation of the autopilot, the number of accidents was reduced by half. Since then, a lot of water has flowed and the quality of autopilots has greatly improved. At the same time, the key feature of such systems is that the algorithms are constantly updated and Tesla cars just get new firmware (almost like your iPhone) with new features.

The safety issue when using autopilot, in my opinion, is the most important. If a few years ago, for its precise operation, the correct road markings, clean roads, road signs installed in accordance with GOST, etc. were necessary, but today all this has faded into the background. Cars have gained “computer vision” and simply evaluate the traffic situation around them. In addition, autopilots make full use of machine learning and become smarter and smarter every day. Given that Tesla cars are always on-line, engineers and developers receive a huge amount of information, which is subsequently analyzed using artificial intelligence and later becomes part of the algorithm. The day is not far off when the cars will begin to “communicate” with each other, warning in advance about maneuvering, stopping, difficult traffic situations, etc., so that the vehicle in front is ready in advance for the necessary actions. From the point of view of technology – nothing is already complicated, everything is implemented. You just need to put everything together. Like a puzzle. 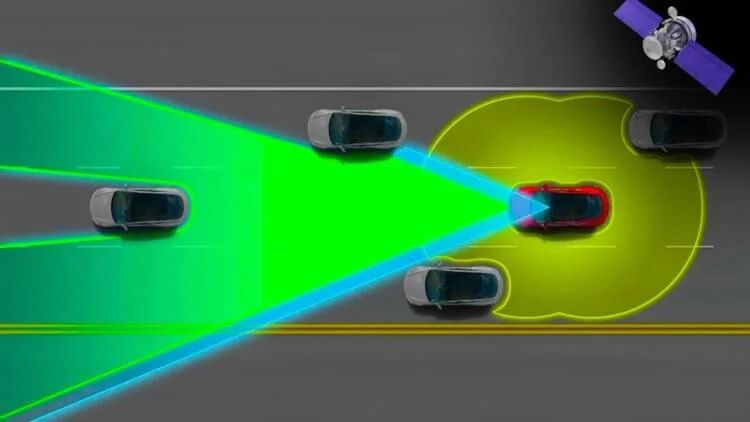 Modern autopilots no longer need markup. They have “computer vision”

And what about the notorious human factor? With autopilots, he is simply absent, because no man is there. The autopilot will not start from the traffic light to distillate, will not “punish” a neighboring driver who accidentally or intentionally cut him, will not fall asleep, will not get drunk behind the wheel, will not be distracted by SMS or will not swear with his mother-in-law all the way, thereby being annoyed and losing concentration. All these factors, often, become the cause of an accident. In the event of a technical malfunction, the autopilot may itself decide on emergency braking or quiet parking with an emergency gang on the side of the road. In the case of a person, it is much more difficult to do, because sitting behind the wheel we do not have information about all the nodes of the car that may fail.

Who will be responsible for autopilot errors?

But without errors, too, will not be. The only question is statistics, however rude it may sound. If modern autopilots will reduce the number of accidents by 5 times, and the number of deaths as a result of them by 10, then who will refuse it? I do not mean even you or me personally, but at the state level. But what happens if people die during an accident with an autopilot? After all, there must always be a guilty one? In the case of a gross violation of traffic rules by a pedestrian who jumped sharply under the wheels of a car, there are no questions, he is to blame. But what if there was a failure inside the autopilot or one of the many sensors did not work? Who will be responsible for human life? The question, in fact, is very difficult. You can conduct many examinations, find out the specific reason and it turns out that during the maintenance, the master poorly fixed the sensor. Then you can throw off all the cones and make him answer. Let us suppose.

And if it turns out that the car was technically sound and the autopilot made the wrong decision? Or was the situation so non-standard that automation simply could not find the optimal solution in a short time? In this case, judge the company? Engineers? Designers? Maybe. But the autopilot reduced mortality by 10 times (for example) and potentially saved many lives. What to do with this? What about autopilots on airplanes? They, too, happen to be mistaken, which leads to fatal consequences. What to close now Boeing or Airbus? I don’t think so.

As a result, I come to a rather unpleasant, but truth. It’s all about statistics. If the introduction of autopilot several times reduces mortality on the roads, then you need to take this as a fact, and not try to put sticks in the wheels. Of course, in each case it is necessary to understand what led to the death of a person, but this should not stop the process of improving and spreading autopilots. 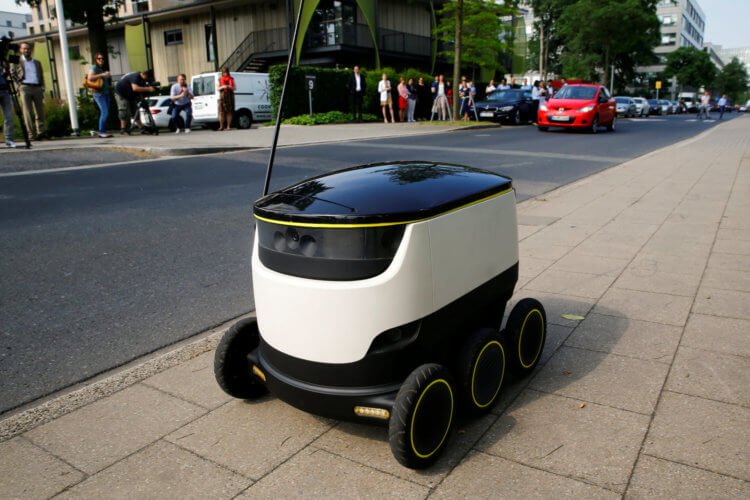 Today, large companies such as Apple, Google, Amazon, Yandex and many others would gladly abandon the usual use of human labor to please autopilots. In fact, we are already starting to see this process. Not only Tesla is working on autopilot, but also Apple (according to rumors) and Yandex (they have already shown it). Why should Amazon do delivery with the help of a person when they can send the same goods in an automatic way? Why would Apple pay DHL when autopilot can do all this? And so in a circle. Delivery of food, groceries, taxis, anything. The region is developing so rapidly that waking up tomorrow we will be in the future. And in the conditions in which the whole world is now (yes, I’m talking about coronavirus) – this industry got a great kick to begin to develop by leaps and bounds. The world is changing rapidly and we will have to change with it.

Are we ready for autopilots?

And here the main question arises: are we ourselves ready? Not personally me or you, but humanity in the general sense of the word. After all, first of all for people – this is the loss of jobs. Couriers, forwarding agents, taxi drivers will gradually disappear. Then the subway and long-distance train drivers. Following the work will remain pilots, etc. It is clear that this will not happen immediately, but gradually. Already today, Amazon delivers drones, and unmanned trucks transport goods in the Scandinavian countries. What autopilot of the car is capable of, we also found out. And if for a person automation definitely makes our life easier and makes it more comfortable, then what about humanity?