The worst theory about the future of humanity 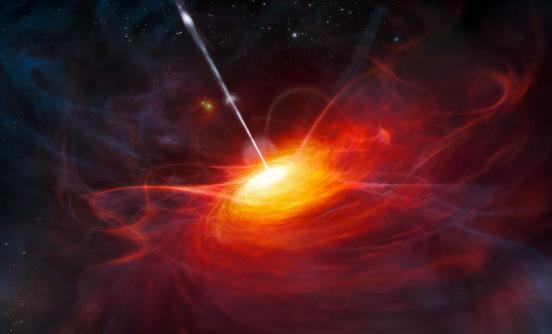 Scenarios of development of human civilization – a great many. We have selected the, in our opinion, terrible and amusing: 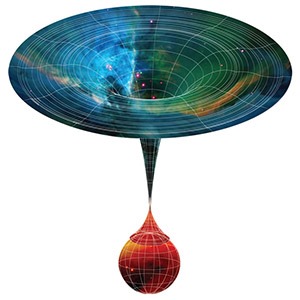 Briefly, according to this scientific theory, our universe being a part of another greater Universe, is now a temporary phase. If you present everything in a single image, most of the universe is a pot of boiling water, and our universe is one of the small bubbles forming at the bottom. In the end, sooner or later the bubble will still reach the surface of the water (even if it would take him billions of years) and our whole world with all what we knew would disappear overnight without any warning, and there’s nothing we can do about it. 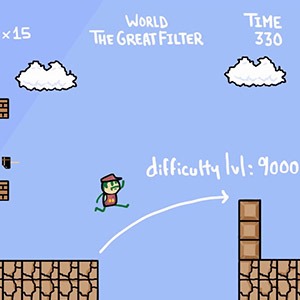 The theory expressed in 1996 by Robin D. Hanson, offers the answer to the question: if somewhere in the universe there is life, why are we still not found? She claims that somewhere in the Universe between the planets, where life yet, and planets with advanced civilization is a Great filter – the unknown factors affecting the appearance of life or destroy it on the planets that fall under their influence. These factors either destroy the planet as such, or destroy her life. This means, humanity falls under one of three scenarios:

— We were the exception, our planet has already passed through the Great filter, but for some reason, life has not been destroyed.

— We are the first. This version implies that the conditions in our universe are just now became favorable for the development of highly life, is able to colonize other planets.

We have not yet reached the sink. In this case, all very sad and the discovery of life on Mars or Europe is just disgusting news, because it would mean that the Great filter is still ahead.

The brain in the container 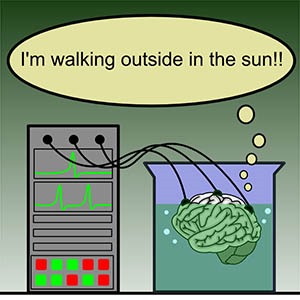 This theory is often used to describe experiments aimed at identifying certain features of our ideas of knowledge, reality, truth, mind, and meaning. She admits that:

the brain is the source of our consciousness

the brain functions through electrical impulses

— external stimuli can affect the brain

The interesting thing is that according to this theory, you can be a “brain in a container”. And all of life around you – nothing more than artificially simulated reality.

Philosophical school of Solipsism has quite interesting opinions and somewhat reveals this concept.

Highly advanced creatures from another dimension 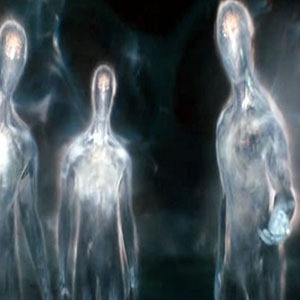 Imagine if there was a special kind of person whose life would take place only in 2D format. We could just watch them from above and they wouldn’t even know. Existing only in the 2D space, they would and failed to present how someone can look at them from above.

The theory of the “Flat world” (Flatland) Carl Sagan – a very good explanation of this concept the presence of creatures living in another dimension (and much more). 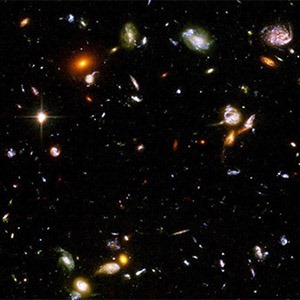 You may have heard. Imagine an anthill in the woods. And right next to the anthill, we are building a huge highway to 10 lanes. And the question is: will you see an ant, what is the highway to 10 lanes? To understand whether the ants its technology and intentions of creatures, building a highway near their anthill? That’s what it is. So we can not only pick up signals from the mysterious Planet X, but probably don’t understand what kind of organisms live on it, and what they do. They are as far from us as well and we are from ants. And even if they one day want to teach us their technology, it would be tantamount to explaining the Internet phenomenon of the ants.

When Francisco Pizarro went to conquer Peru, if he had stayed ant to chat? If he was so generous, we helped ants to build an anthill? If he postponed the achievement of its goals, in order to destroy an anthill? Or the whole story of the anthill – nonsense and would never have interested Pizarro? Here we have the same situation.

Roko’s Basilisk or the rise of the machines 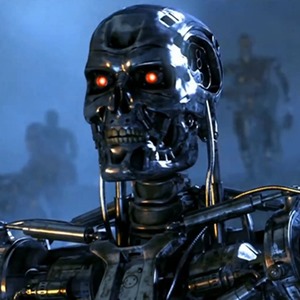 This thought experiment paints a pretty bleak picture: one day artificial intelligence from the future may go back and punish all those who prevented him to come to power earlier.

It all looks like a futuristic version of Pascal’s wager, which offers people to take into account the ideas of the technological singularity, or even to sacrifice her supporters money, to reduce the chance of “punishment”.

Some even think that even the knowledge of this theory increases the probability to be punished later artificial intelligence. Now you know about it and if I don’t thank.

So in conclusion we inform you that the version of the uprising of the machines is also connected with the ontological proof of God’s existence, which makes it even more likely. 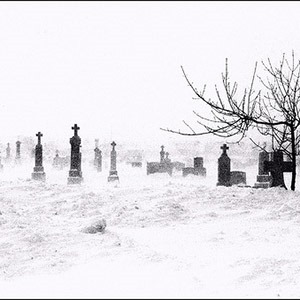 All human activity except the one that focused on survival, was carried out by one fear: the fear to disappear. Our understanding of self and self in General is just a protective buffer designed to deal with the anxiety that occurs each time at the thought that our life will end sooner or later.

Culture is a gigantic mass illusion, is only necessary in order to reduce the fear of inevitable death and what awaits us after it.

Also called individual works of art are eternal and we put special meaning in the notion of family and children – all this in order to justify its existence in the face of death.

We console ourselves with our value systems and everything that emanates from them: biological kinship, ethnic or political affiliation, religious beliefs and so on. The same can be said about the faith of mankind in the achievement of a decent standard of living by means of technological progress.

And indeed, many technical achievements in the West aimed at (at least) psychological care of the fact of death: the phrase du jour during the funeral, these funeral offices, which are struggling to bring death out of the usual course of life – once out of the house people come in the morgue or crematorium.

All these ingenious ideas were introduced only in order to hide from harsh reality. The truth is that all we ever do is motivated by the usual fear of death.

Quantum suicide/immortality or the theory of the multiverse 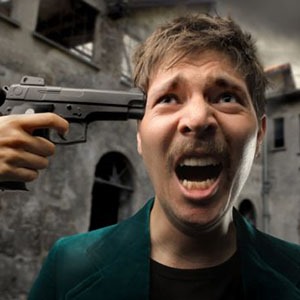 A man sits on a chair and holds in front of a gun pointed right at his head. And it’s not just the gun is a device that measures its own angular momentum (spin) of a quantum particle in the room. If the particle rotates clockwise – spin positive: the gun shoots and the person dies. If the particle spins anti-clockwise, you hear only a clicking sound and the person survives.

The man nervously exhales and presses the trigger – click. The direction of rotation of the particle counter-clockwise spin is negative. He again presses the trigger again-click. And again. The man continues to try, but the result remains the same: the gun does not shoot. This is despite the fact the gun was loaded and working properly. No matter how many times the man tried, the gun still will not fire. It will continue its journey to eternity, becoming immortal.

But back to the beginning of the experiment. The direction of rotation of the particle — clockwise spin positive. The man pulls the trigger, and the gun shoots a man dead…

But wait – the man already pulled the trigger the first time, and the rest of the gun never fired. How can he be dead? Men don’t know, but he is both dead and alive at the same time. Every time he pulled the trigger, the universe is bifurcated. And it will continue to bifurcate with each new touch of the trigger. This thought experiment called quantum suicide.

Hypothesis of going outside the Galaxy 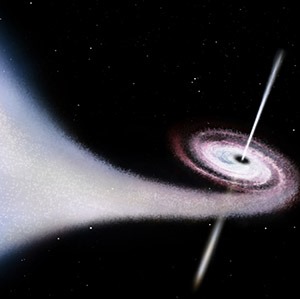 The following theory is my favorite. She believes that once the region of the universe where civilization is impregnated by the results of intellectual development of this civilization (it will be made microscopic level technological singularity created by a black hole, etc.), civilization simply leaves the already known macroscopic world to continue the development of its intelligence, complicating the device’s own world and, ultimately, disappear from the original part of the universe that explains the Fermi paradox.

Of science such as astrobiology make it possible to test this hypothesis. So, it is possible to consider the limits of space, time, energy, matter compression as determinants of the growing changes that will allow the cosmic intelligence to miniaturisation developing with incredible speed technologies of the future.

As a result, the civilization is more likely to be able to cross the boundaries of the known area of the universe and build colonies in other, unknown yet areas than to continue the expansion within the universe, known to us now. 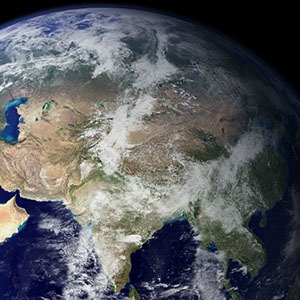 We live in a period which biologists call the sixth mass extinction. Difficult have types that will exist after us. And before 1800 (when the population reached 1 billion people), the situation was not so sad. Over the past 215 years, the world population increased to seven billion people.

Such a rapid and dramatic population growth badly affected the state of our planet, the situation will continue to deteriorate if we do not learn to live within environmental technology, or simply die out.