The yeti is a person or an animal? 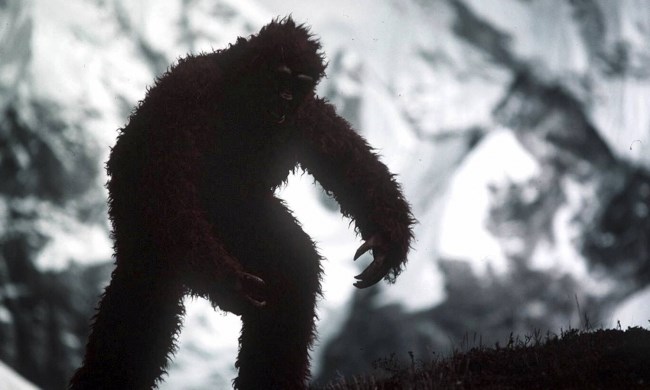 And nevertheless what is “yeti”? Whether really person? Or, maybe, animal? Or being of other world? How to answer these questions asked in thousand time?

The cave man (other – Greek — “living in a cave”) — in Karl Linney’s concept subspecies of the person (Latin Homo troglodites) who is characterized by human shape, plentiful hairiness and the undeveloped speech. It is allocated on the basis of the certificate of ancient authors and stories of travelers. It was supposed that cave men could be a prototype of data on satires. With the advent of an evolutionism began to understand ancestors of the person who lived in the remote places of the planet up to now as cave men.

Let’s return to the most acknowledged authorities on this question, we will in absentia consult to them.

Karl Linney called our friend “The cave person”. Thereby, it seems, the issue was resolved. It is about the person, though not an our type. However the classification of the highest primacies offered by the Swedish naturalist though formed the basis of modern biology, but today needs essential additions.

Linney used the word “person” randomly, applying it even in relation to the highest monkeys whom we don’t carry to people in any way.

Vitaly Andreevich Hakhlov used the term “wild person”, “antediluvian person”, “»ÑÓó«человек the Asian” in the works, but believed that it doesn’t treat the sort Homo, and can be perceived as a humanoid.

It is necessary to have at the same time in a type that such treatment gave Hakhlov a free hand as allowed to hunt this “animal”, in case of need using weapon.

The following indisputable authority on this question — the Belgian zoologist Bernard Heyvelmans. In 1955 — 1958 it, being based it is almost exclusive on the data on the yeti of the Himalayas, “christened” it in a new way, having suggested to call “dikhantropoidesy”. That is, according to the famous cryptozoologist, it is about a being, similar to the person, but not about the person.

And here that Boris Fedorovich Porshnev thought on this matter: “The term “yeti” — absolutely conditional. The person means no more here, than, say, in the name “orangutan” (“the forest person”), that is is simply borrowed from national names of this animal who hereinafter is referred to as also as “the wild person”, “cheloveko-animal”, etc.; the adjective “snow” means no more, than in the names “snow leopard”, “snow signature stamp”, “snow ram”, that is speaks only about belonging of this type to mountain fauna, but, of course, not about fixed dwelling in eternal snow.

Three main features of the cave man separate from it the person and pull together from a zverma:

• lack of the articulate speech,
• lack of material culture,
• lack of ability to use fire”.

Commenting on these provisions, in general, undoubtedly, true, shall notice the following:

• There are certificates that in the absence of the articulate speech the separate sounds similar to human syllables, sometimes in its shout catch.
• In case of total absence of material culture it nevertheless isn’t deprived of a capability to cannon activities. Ability to use stones and sticks, judging besides by the testimony, at it it is expressed slightly stronger, than at anthropoids.
• Without being able to use fire, it differs from all animal in what isn’t afraid of fire at all, safely approaches fires, sometimes sits down directly against the flaring firewood.

Carrying the cave man to animals, Porshnev proved a possibility of use of weapon against it. Since then there passed years, we are convinced of that, as against animals weapon can be used not in all cases.

That the dispute on that, the person this or animal, didn’t drag on indefinitely, it is necessary to determine what is the person. And to make it too it appears not so simply. At first we will remember where modern paleontologists draw line between the person and an animal.

They allocate family a hominid, – that is people (we will emphasize this circumstance!), differentiate in it six types, but for some reason actually people call only three of them. These are two minerals, skillful and orthograde, and live — the sapiens.

Australopithecuses, three types treat the People family: Afar, African and massive. Treat people, but people aren’t. Transition that the Afar Australopithecus to the person skillful was also that line which, according to many paleontologists, separated from the person fauna, According to this scheme, the person contains, at least, two million years.

Porshnev, based on the definition of the person, has refused “humanity” even to Neanderthal men. Thus, the dating of time of existence of the person given by different scientists can differ on two orders. These divergences not so much are based on different material (though in recent years it was significantly added), how many on different ideas of what is the person and that such animal.

They say that in science there are two things which can’t be made with exhaustive completeness: to give definition and to construct classification. Therefore I won’t apply for exhaustive completeness, but nevertheless I will try to offer the approach capable to coordinate in a whole different views on human essence.

It is represented to me that definitions there have to be, at least, two: biological and social. Biological has to reflect the plan of a structure. This definition is based on bipedalism, perfect forward extremities, large volume of a brain. Within this definition the border between the Australopithecus and people will be conditional, nevertheless it is possible to carry out it. 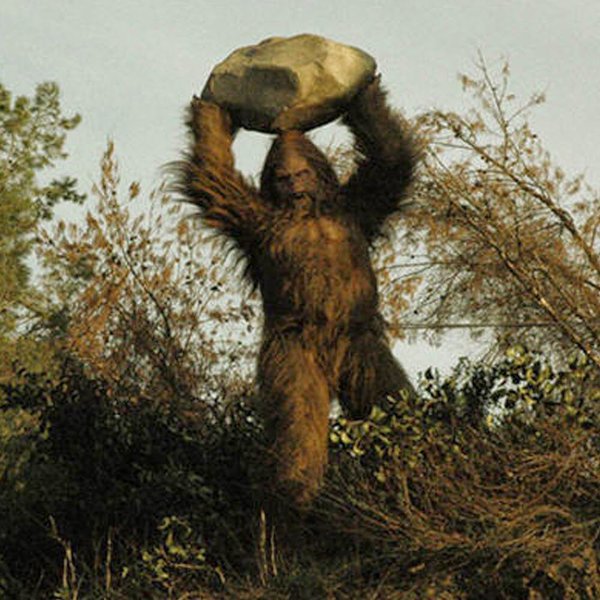 The articulate speech, of course, is the most important characteristic of the person. But, entering it as one of the main indicators, it is necessary to remember that it on fossil material it is difficult to reveal availability.

Certainly, there is a certain communication between the size of a podborodochny ledge and a capability to the articulate speech, but this communication is expressed not so precisely to determine availability or lack of such speech on fossil material.

Besides, among people both other methods of information transfer, and loss of the speech are imaginable doesn’t give yet the grounds to carry mute to other species.

Fire use, undoubtedly, is the most important characteristic of the person as social phenomenon. Difficulties arise besides in connection with dating of the moment of development of fire here. It is considered that this power source was mastered by the person orthograde. But whether it is possible on this basis to consider that it concerned the person in a social sense, and his ancestor — хабилис (the person skillful) — isn’t present?

Material culture — an indisputable prerogative of the person. But it at Australopithecuses who, it seems, treat monkeys (Latin of australis — southern, etc. – Greek πίθηκος — a monkey is rudiments also). Only at late stages of development of the sapiens the material culture so developed that completely separated from our immediate ancestors all fauna.

In my opinion, it is possible to consider developed material culture only if it provides exchange of products of production of goods between different participants of social group. The market, at least in the most rudimentary form — here the fact that finally created social form of motion of matter.

The social person makes material values. Transfer of these values between members of society generates the exchange relations. Where exchange, directly there are laws of the market stimulating growth of the production of goods which was more and more separating the person fauna.

Development of material culture and the related market exchange began within ten thousand years ago — on an evolutionary scale, quite recently.

I will try to formulate determinations now, understanding that exhausting they won’t be.

The person in a biological sense is a representative of group of primacies, families the hominid which is characterized by the bipedalism, a larger size of a brain made by the device and the increased mobility of forward extremities, capable to irregular shapes of behavior.

The person in a social sense is the being using the articulate speech, fire and other power sources, having difficult material culture and entering with other such beings in the exchange relations occurring under laws of the market.

Now we will try to answer a question what is the yeti. From the biological point of view, it, undoubtedly, the person, from the social point of view — an animal.