Their protection against supernew can give aliens 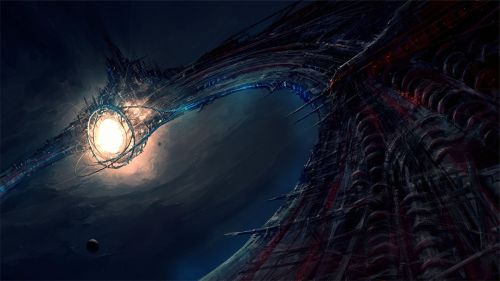 Any advanced civilization needs protection against supernew sooner or later. Cyclopean “dams” and “dams” around a far star can give presence of neighbors in the Galaxy already now.

Even stars die, and large do it very effectively, bright flash supernew. Happen it insufficiently far from the manned planet, and on it it will go hard with life. Meanwhile our technical capabilities are far from that being protected from this improbable, but very serious threat. However if everything goes well and the terrestrial civilization will continue to develop, then sooner or later we for certain will be engaged also in this task.

Perhaps, our descendants will be able to foresee an approximation of explosions supernew and to be protected from them, building protective constructions. As dams, dams and breakwaters on the sea, and these structures in space will constrain potent streams of high-energy radiation and heavy particles which throw out the perishing stars. “But precisely the same logic is applicable also to any other possible civilization in the Galaxy”, – Milan Cirkovic and Branislav Vukotic from Astronomical observatory of Belgrade in article published by the Acta Astronautica magazine argue. According to the Serbian astronomers, these protective constructions will help to find our neighbors.

According to scientists, for this purpose the civilization has to reach at least a level of 1 type on Kardashev’s scale (it is considered that the modern human civilization reached level 0,7 – in more detail about this scale read here). Such entities will be able to utilize completely all energy of the star and to create a protective barrier around the star coming to death.

Chirkovich and Vukotich argue further that in the most available way to build such protection creation of a cloud of the ice blocks surrounding a star rather densely will become prime. To drive ice, for example, from the Kuiper belt on far suburbs of Solar system, it can be electrified, and then to tow off in a magnetic field. And if something similar is already created around one of far stars, then we have every chance to see it – unusual optical properties of a star will give grandiose work which happens near it.