There are more viruses on Earth than stars in the Universe 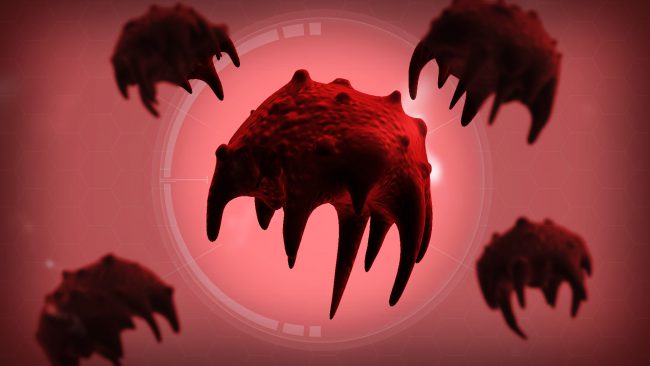 In the atmosphere of the Earth, a striking number of viruses are circulating and falling out of it, scientists from Canada, Spain and the United States came to this conclusion. Bacteria and viruses enter the atmosphere together with small particles from the soil and sea vapor. For the first time, scientists calculated how many viruses specifically fall into the troposphere from the surface of the Earth, beyond the climate system of the planet, but below the stratosphere where airplanes fly. Viruses can be carried away thousands of kilometers before they are again on the surface of the Earth.

Viruses – the most common and one of the least understandable biological groups on Earth. In their invisible, parallel world on Earth, they every day kill half of the bacteria in the ocean and penetrate the microbes 10 trillion times per second. Our planet inhabits 10 billion trillion trillion viruses: it’s more than the stars in the universe. If you build a chain of them, they will stretch for 100 million light years.

How many bacteria and viruses per square meter?

“Every day, more than 800 million viruses cover every square world of the planetary surface,” says Curtis Suttle, a virologist at the University of British Columbia, one of the senior authors of an article published in the International Society for Microbial Ecology Journal.

Using a platform high in the Sierra Nevada mountains in Spain, scientists have discovered billions of viruses and tens of millions of bacteria that appear on a square meter every day. The rate of deposition of viruses was 9 – 461 times greater than that of bacteria.

“Bacteria and viruses, as a rule, are deposited on the Earth during the rains and the movement of dust from the Sahara. But rain less effectively removes viruses from the atmosphere, “says the author and microbiologist Isabel Reche from the University of Granada.

Scientists also found that most viruses carry signatures indicating that they were rising into the air from the sea vapor. Viruses tend to cling to small, light, organic particles suspended in air and gas, which means that they can remain in the air in the atmosphere longer.