There is an inflatable sculpture in Earth orbit, but it cannot open 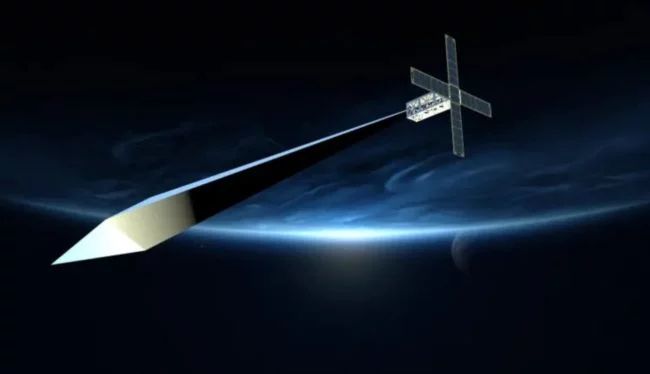 In December 2018, the Falcon 9 launch vehicle sent an inflatable diamond-shaped sculpture to Earth orbit. It was expected that, thanks to the reflection of sunlight, it would be visible from the ground with the naked eye, but the creators still cannot give the satellite a command to open it. The reason lies in the suspension of the US government – artists need permission from the Federal Communications Commission FCC, but it does not work. A tense situation has arisen: because of the long stay in space, the sculpture can break, and people will not be able to appreciate the beauty of the first in the history of the space art object.

The author of the project, artist Trevor Paglen, created the sculpture with the support of the Nevada Museum of Art and spent $ 1.5 million on it. The construction of the size of a football field is made of lightweight material and covered with titanium dioxide, the reflective properties of which are enough for the sculpture to be seen from the ground. According to the designer, with his work he wanted to give people the opportunity to take a fresh look at the starry sky, and think about their place in the Universe and life on Earth.

Like any other person intending to bring something into Earth orbit, the artist had to get permission from the FCC and follow special international rules. Unfortunately for him, the US Communications Commission is not yet in a position to give it the green light. The artist is concerned that the design may fail:

Every time a satellite goes out into the sunlight, it heats up, and then, in the shadow of the Earth, it shrinks from the cold. If you let this process go on too long, it could damage the electronics, ”Trevor Paglen explained.

The fact that many companies and artists are too interested in sending luminous objects to Earth orbit is very annoying to astronomers. Light pollution can prevent researchers from studying space objects and simply cause people inconvenience. We recently wrote about a Russian project to create satellites for displaying “space” advertising and even took a comment from its author. He is sure that his undertaking will not hurt anyone.