There is the main health hazard from watching TV 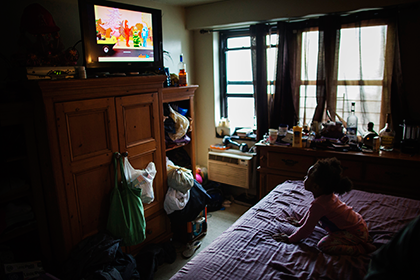 Japanese doctors found that daily TV viewing increases the risk of death due to embolism (blockage) of the pulmonary artery. A study published in the journal Circulation.

The researchers found that, compared to participants who watched television less than 2.5 hours every day, who died much more time spent in front of a blue screen.

Doctors offer TV viewing combined with periodic (every hour) you perform light exercise, and drinking water (in the case of excess weight).

Pulmonary embolism occurs as a result of blockage of blood vessels by blood clots. Its characteristic symptoms are chest pain and shortness of breath. Factors influencing the development of the disease, are obesity, diabetes, Smoking and hypertension.