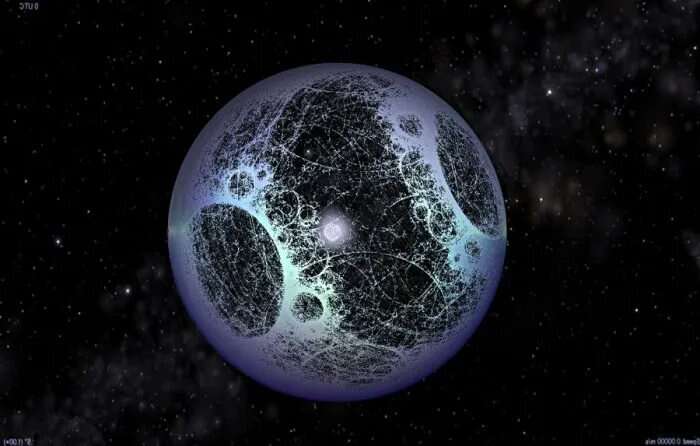 The Drake equation is one of the most famous equations in astronomy. Since it was first proposed in 1961 by Frank Drake, it has been the subject of endless debate, but it still serves as an effective basis for discussions about how widespread life might be in the galaxy. However, all equations can be improved, and a team of astrobiologists and astronomers believe they have found a way to improve this equation.

The equation itself was created to search for radio signals. However, his wording implies that it is more likely to see what is now commonly referred to as “biosignatures” rather than technological signatures. For example, astronomers can detect methane in a planet’s atmosphere, which is a clear sign of life, even if that planet is not yet highly intelligent.

Such a search for biosignatures was not possible when Drake originally wrote the equation, but it is now possible. So it may be time to change some of the factors in the original equation to better reflect the new search capabilities of scientists. One way to do this is to split the equation into two separate ones, reflecting the search for biosignatures and technosignatures, respectively.

But this does not take into account the fundamental characteristic of technology – although it must originate on a planet with a biosphere, it does not have to remain there. This significantly affects another factor in the Drake equation, the length of time a signal can be detected. Dr. Jason Wright of Pennsylvania State University, first author of the new paper published in The Astrophysical Journal Letters, and his co-authors note that four factors indicate that technology is potentially more durable than biology.

If life forms had not died out in the early stages of their technological awakening, they would likely have wanted to spread to other planets and would have taken their technology with them. This leads to the second factor – the technospheres have the potential to outperform the biospheres. For example, if lunar colonization progresses steadily over the next few hundred years, the Moon will become a world without a biosphere, but with a technosphere around it.

If we move even further along the technological tree, then the technology itself can become self-replicating, for example, a von Neumann probe or other self-replicating system. They could leave behind any biosphere, but they could also potentially continue to work long after the biology that created them is gone.

This hints at the fourth factor – technosignatures can exist even without a planet, in the form of spaceships or satellites. In fact, it may even be the most common form of technosignature in the galaxy. Thus, the limiting factors of the Drake equation, which are directly related to the planet, do not apply to technology.

Another factor that influences how easy biosignatures will be to find compared to technosignatures is how detectable they are. Dr. Wright and his colleagues note that detecting biosignatures is a difficult task – at present, we cannot even detect the biosignature of the Earth at a distance of Alpha Centauri. Data from “James Webb” may eventually allow this. But even so, radio astronomy projects such as the Square Kilometer Array are much better equipped to detect telltale signs of technology.

How clear, however, is another stumbling block for both biosignature and technosignature seekers. For both categories, it can be difficult to separate a valid signal from “noise”, which can take various forms such as fuzzy spectral analysis or thermal signatures. Despite this, Dr. Wright and his team argue conclusively that technosignatures at least have the potential to be much more distinct than any biosignatures, which are likely unintended side effects of the growth of life in general.

All this means is simple – the search for extraterrestrial intelligence must continue, and, probably, the probability of finding signs of a technologically advanced civilization are higher than the probability of finding a booming non-technological civilization. Even if the civilization that created the signal has long since disappeared, this will still be true. This permanence can be seen either as a grim side effect or as a happy result of years of evolution and discovery. You can decide how to look at it.