Thinning of crust is proved by scientists 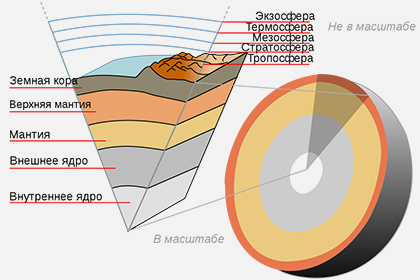 The American scientists have shown that the average thickness of the crust located near the World Ocean decreases eventually.

The oceanic crust under median and oceanic ridges created about 170 million years ago in the middle of the Jurassic Period when process of disintegration of the supercontinent of the Pan-gay has come to the end, became thinner on average on 1,7 kilometers now.

Strongest, according to scientists, thickness of bark has decreased under the Indian and Atlantic oceans, and less — under Silent.

Experts have come to the conclusions, having carried out the metaanalysis of data on a refraction (refraction) of seismic waves allowing to determine thickness of a lithosphere (crust).

The research of scientists confirms the point of view extended among geophysicists that approximately each hundred million years the top cloak of the planet is cooled on 15-20 degrees Celsius owing to what thickness of crust is reduced.

Now lithosphere thickness, or crust, under the atmosphere reaches 80 kilometers whereas near the World Ocean value of this indicator can be ten times less.