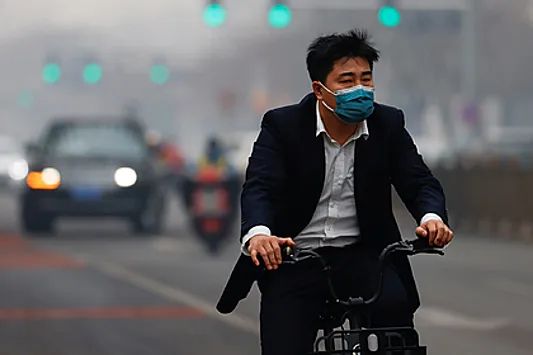 Persistent air pollution has proven to be a threat to human life expectancy – against this background, it has decreased by an average of two years worldwide. This is the conclusion reached by researchers at the Institute for Energy Policy at the University of Chicago (EPIC) in the report “Air Quality Life Index” (Air Quality Life Index), writes Reuters.

According to experts, the negative impact of polluted air on the human body is comparable to smoking and much more dangerous than HIV. Experts used satellite data on the concentration of PM2.5 microparticles and determined that 97 percent of the world’s population lives in areas where the level of harmful substances in the atmosphere exceeds the recommended level.

The researchers noted that South Asians lose about five years of their lives due to smog, and India is the most polluting air – since 2013, this country has accounted for about 44 percent of global emissions.

According to World Health Organization (WHO) regulations, the air should contain no more than five micrograms of PM2.5 per cubic meter. If the world is able to reduce the concentration of hazardous particles to this level, the average life expectancy of people, according to researchers, will increase by 2.2 years.

However, scientists have noticed that air pollution is often ignored as a public health problem, and the situation cannot be corrected due to insufficient funding. Now that the impact of microparticles on people’s lives has become more clear, the researchers hope that world governments will make solving this problem a priority in their campaigns.