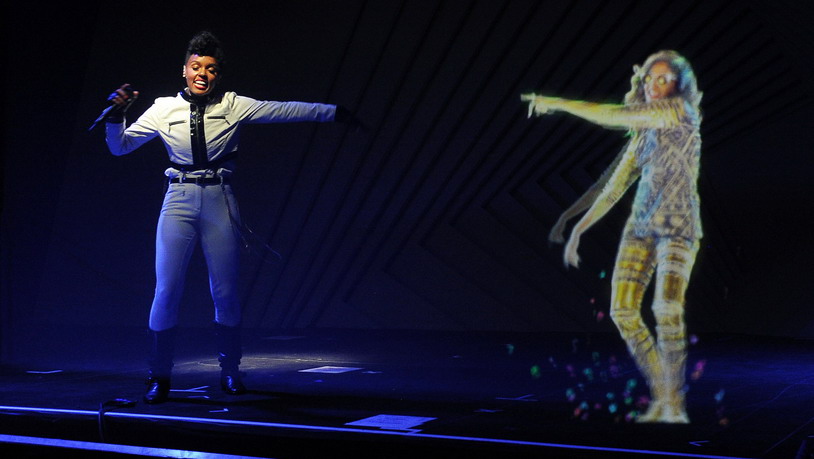 The audience gradually becomes accustomed to the news about the tour holographic images of stars, far surpassing the effect of the ordinary two-dimensional image.

The company RadicalMedia” and “Uncorporeal” working together to create three-dimensional images of celebrities for devices augmented reality, which provide a digital “substitute” stunning presence, and then their performances on stage.” Anyone can visit concert halls and see quite a convincing show or lecture irrespective of the place where he sits, and the stars appeared the unprecedented freedom of movement on stage. This method requires the presence of a round stage with the so-called “green screen”, where 48 cameras create a holographic effect, which operates not only in the formats AR (augmented reality) or VR (virtual reality), but can be played in a conventional two-dimensional video format.

Representatives of the company RadicalMedia” not yet ready to share information about which stars will soon begin a virtual tour, partly due to the fact that this remains the subject of negotiations with the rights holders. However, the company hopes to arrange a presentation of the project in the coming year, suggesting that the effect of augmented reality will be presented to the public. However, while it is not clear what practical challenges will be faced along the way.

Augmented reality headsets, such as “HoloLens” from Microsoft, is actively spreading on the market, but the price of the device in 3 thousand dollars is not particularly realistic for theaters or lecture halls with hundreds of seats. The most impressive shows can be shown in small venues, where only several sets of headset. You can also use a VR headset based on the mobile phone, or do without her to to let not big, but quite a decent spectacle.