Three new species of deep-sea fish have been found 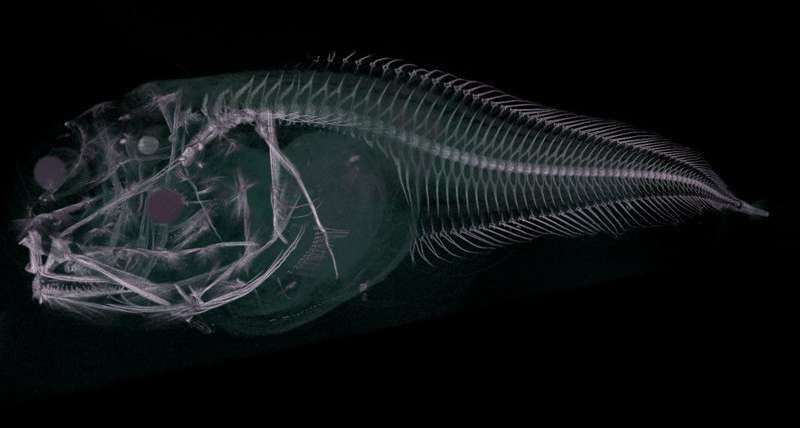 In the Atakam Trench, researchers were able to take pictures of previously unknown fish belonging to the Liparic family, or sea slugs.

The international team that went on the expedition to one of the deepest places on the planet – the Atakam trough in the Pacific Ocean – consisted of 40 scientists. The researchers extracted a large amount of information on deep-sea species and, among other things, were able to take pictures of fish from three proposed new species.

The temporary name for the species is pink, blue and purple attacking liparis, or sea slug. On the video, which the researchers received, the fish feed and interact with each other. All this occurs at a depth of about 7.5 kilometers under water.

Liparis belong to the family of liparous, marine radiant fishes. Their appearance has little in common with stereotyped ideas about deep-sea fish: they do not have large teeth and they look generally unsafe. Liparis are small in size, their gelatinous body is translucent, without scales. Bones and teeth of fish are extremely strong, which allows them to live under high pressure and maintain balance. Pisces are ideally adapted to life in the deepest parts of the ocean – where other organisms could not spend a minute. If the liparis is carried to the surface, its body becomes too fragile and literally melts due to high temperatures. 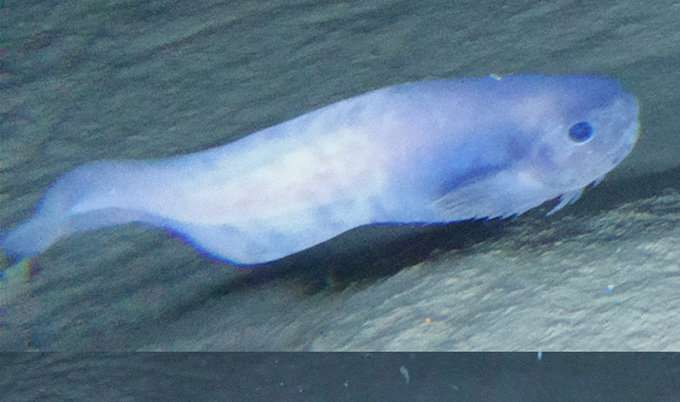 “Because of the adaptability to life deep under water, sea slugs have no competitors and predators that could catch them,” said Dr. Thomas Linley of Newcastle University. – As you can see on the video, in the depths there are many invertebrates, with which the liparis feed. Here they are predators number one. Fish are quite active and look full “.

Scientists also managed to catch a specimen of one of the detected species with the help of a trap. The fish could be kept in very good condition. Now it is being described by a team of scientists from Newcastle University, together with colleagues from the United States and the Natural History Museum in London.

The researchers were able to take snapshots of animals using two deep-water devices equipped with HD cameras and traps. These devices freely fall to a depth of 11 thousand meters. Apparatuses developed at Newcastle University. The principle of its use is simple: the device is lowered into the ocean, where it freely sinks to the bottom, performing observations at the same time. The device takes about four hours to fully reach the bottom, after that the researchers wait a day, and then the acoustic signal system sheds weight – and the device is understood upward. In the Atakam Trench, scientists received more than 100 hours of video and 11,468 photographs.