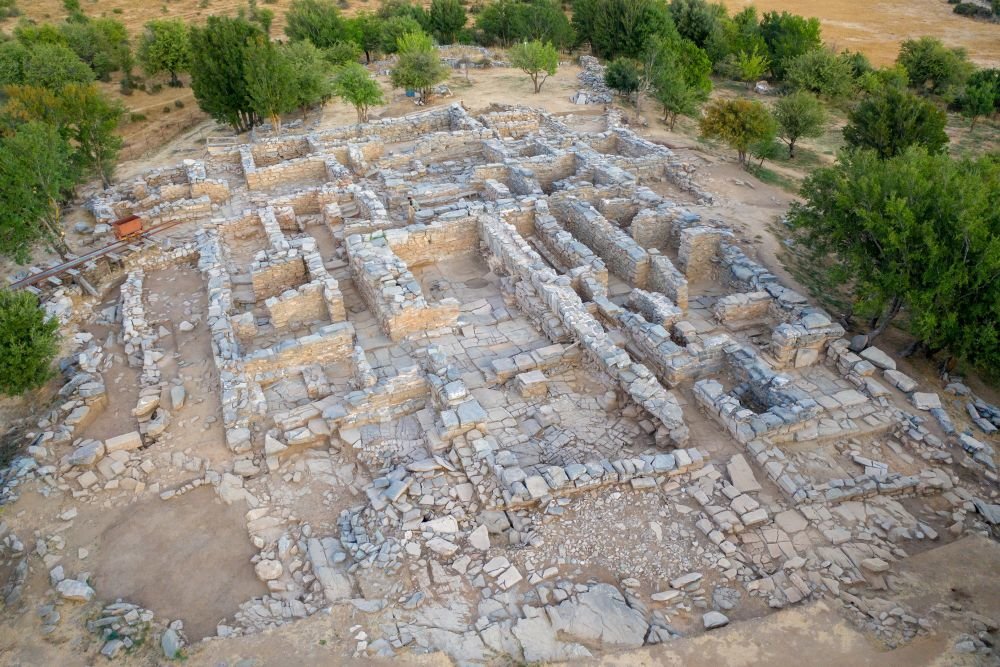 The archaeological mission of the Greek Ministry of Culture in Crete, during the next excavation season in the ruins of the Zomintos Palace on Mount Psiloritis, discovered a throne room and many artifacts from the Mycenaean civilization period.

The opening announcement appeared on the website of the Greek Ministry of Culture. The most important of the finds was the corridor with columns, which, as archaeologists suggest, led to the throne room.

The remains of this hall were also found. It was the last in the entire palace complex. In the throne room, the remains of ancient seats have been preserved, including the base of the throne itself. According to researchers, it was used from about 1900 to 1400 BC.

By the way, there were two palaces, as it turned out. The old one was destroyed by a major earthquake. Scientists believe that it happened in the years 1700-1600. BC. A new one was built on the site of the destroyed palace – archaeologists have found the ruins of both palaces.

In addition, a large number of interesting artifacts were found. For example, an clay table fell into the hands of archaeologists, the text of which contains information about 217 vessels. There is speculation that this was a kind of accounting record.

Scientists say that the palace complex was built by very skilled architects. In it, in particular, there was a drainage system, the device of which modern scientists rated as excellent.

It was very complex and consisted of clay pipes. It was also established that when performing ritual ceremonies in the palace, metal products made at a very high level were used.