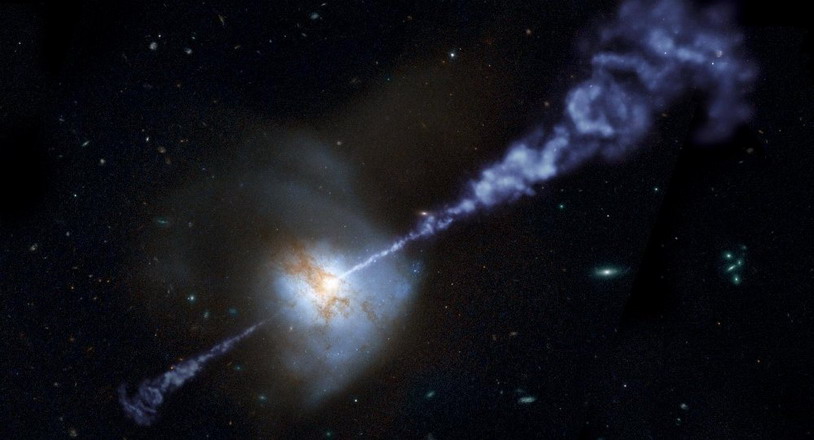 Physicist Joan Vaccaro from Griffith University in Australia believes that the time in the universe and the laws of conservation might have appeared as a result of symmetry breaking of time. In scientific terminology this use of the term “invariance relative to time reversal.

“If you want to know where the universe came from and where she’s going, you need to understand the essence of time,” says Joanna Vaccaro.

She claims that she managed to find a mechanism by which some physical phenomena can change over time. For example, the second law of thermodynamics prevents the possibility of heat transfer from a less heated body to more heated one.

In particular, a physicist turned their attention to the behavior of mesons. These particles are constantly in intense interaction with each other. They are responsible for the coupling between quarks, the particles that carry fractional electric charge.

After the study of the behavior of mesons, the Professor came to the conclusion that, without upsetting the balance of the invariance under time reversal in the universe will occur strange phenomena.

In other words, it is the behaviour of microparticles, as it turns out, is responsible for the movement of the universe forward in time.

For example, subjects could easily travel in time. However, after appearing in one place, they instantly disappeared. In such circumstances, the conservation laws can not act, said Vaccaro.

“However, although we actually move forward in time, there is always some movement in the opposite direction, something like a pendulum effect, and it is a movement I want to measure To and b-mesons, says physicist. The following scientific work, Vaccaro – theoretical and experimental substantiation of its hypothesis.