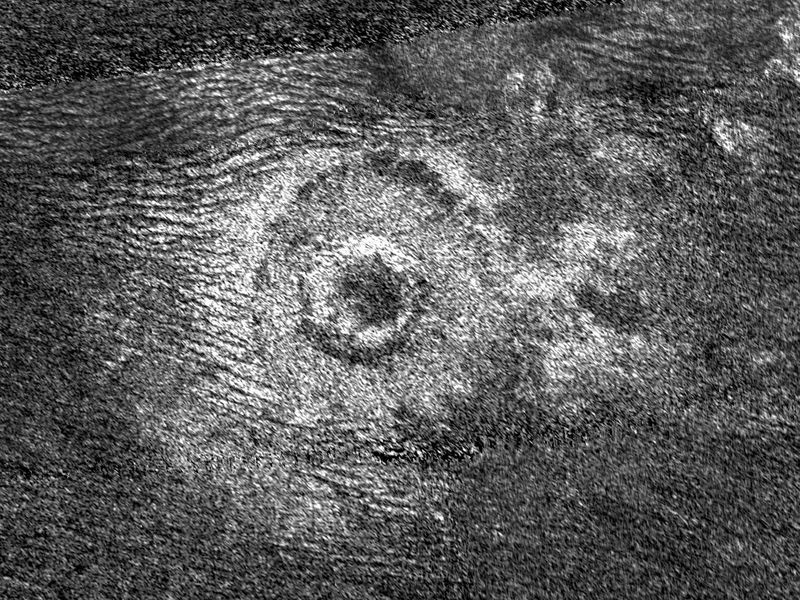 The big moon of Saturn Titan remains the most exotic planetary body we know about. There is no other place in the whole of our Solar System like this.

The hydrocarbon rivers and lakes are distributed over the entire surface of the natural satellite. Periodically, they are replenished with random methane showers from the atmosphere, consisting of nitrogen and methane. The thick fog of Titan, that is, the atmosphere, is not very unlike the early atmosphere of the Earth.

In a recent study, Catherine Neish from the University of Western Ontario and her colleagues discussed the possibility of the existence of biological molecules present on Titan.

Despite the fact that some forms of life have not yet been discovered on this giant satellite, what we know about Titan leads us to the idea that the Titan should be very close to the inhabited heavenly body.

As Nash and her colleagues view liquid water as an important component of life, they focus on two main parameters of figuring out where in our Solar System liquid water might exist.

Titanium is rich in cryovolcanoes, which spew liquid complexes, such as water, ammonia and methane. These streams are seen mainly on the icy moons of the outer solar system and are unlike the streams of molten rock found on warmer, earthly planets.

Despite the cold, Neysh and her co-authors find that interesting chemical reactions could occur near these cryovolcanoes on Titan. Complex prebiotic molecules can live there. And the periodic melting of some layers of cryovolcano makes them an even more promising place for the development of some forms of life.