Titanosaurs traveled from South America to Australia through Antarctica 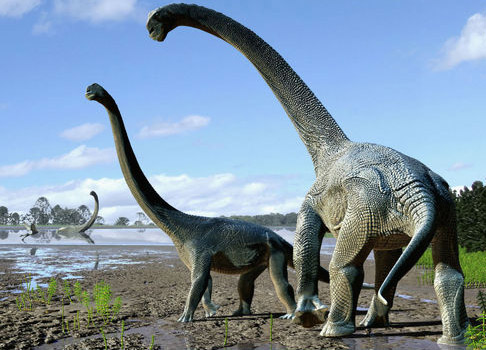 The fan of dinosaurs David Elliott during a pasture of sheep in 2005 incidentally came across a set of the petrified bones of a dinosaur in the Australian State of Queensland. 11 years later after this casual opening paleontologists confirmed officially that the found fragments belonged to earlier unknown species of a titanosaur – the long-necked being wandering on the ground about 95 million years ago.

Officially the dinosaur was called by Savannasaurus elliottorum, but the family Elliotov christened it just Wade.

According to experts, the received results of researches will help to find out why these huge animals migrated from the territories which are today South America to the modern Australia and Antarctica in times when all three continents were bound to one ancient supercontinent Gondwana.

Zauropoda were rather well-fad entities, something similar to today’s hippopotamuses, but with the long legs and necks. Ancient animals in length were more than 12 meters, and in height – a little more than six meters. The dinosaur Wade weighed about 22 tons so it is one of the chubbiest the yashcheronogikh of the dinosaurs found still. 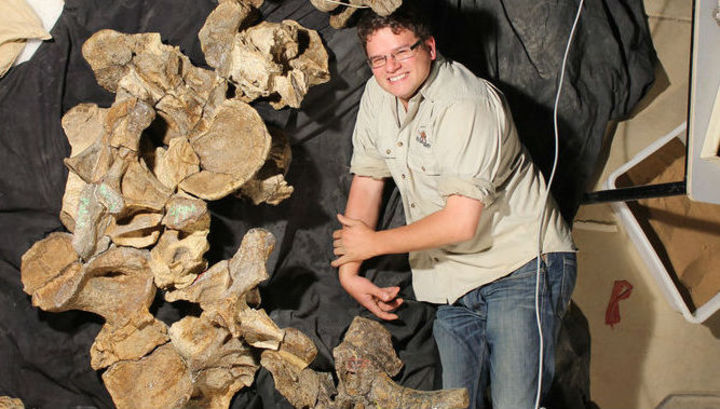 One of the reasons why paleontologists so long classified Wade and as a result of a distance to him the status of “a new look” is bound to the place where remains of a dinosaur were found. The majority of bones were “in a trap” a boulder. And even despite the help of hundreds of volunteers, about ten years were required completely to take all remained parts of an ancient animal from breed.

About 40 bones were restored that makes about 20-25 percent from all remains of a dinosaur. “Catch” includes several edges, parts of a forward leg and a part of a backbone. But, perhaps, basin remains became the most important opening. The last find also helped to make the assumption that before scientists a unique look.

Researchers compared Wade to a type of Diamantinasaurus matildae, other titanosaur found also in the State of Queensland to understand, one they a look or not. But remains of a basin of the first were slightly thinner and weighed slightly less. Besides, Elliot says that pelvic bones of Wade were merged together unlike Matilda’s remains, so nicknamed D. matildae.

“Studying of pelvic bones became the biggest hint, all this let know that before us absolutely two different species of titanosaurs” — Stephen Poropat, the paleontologist of the museum and the leading author of a research says. He analyzed several years Wade’s fragment and compared them to remains of other zauropod found worldwide — for example, in Argentina which is considered “nursery” of titanosaurs. However the scientist did not find any coincidence.

By the way, besides Wade experts also reported about detection of new exemplars of D. matildae (earlier such copies of dinosaurs found only once). It is considered the first zauropod of Australia which was found with almost uninjured cranium. The last find helped to fill in some blanks in anatomy and this look.

According to Poropet, opening of both types showed how titanosaurs were disseminated worldwide. He assumes that ancestors both came from South America, and then moved to Australia through Antarctica in those days when climate change made the area accessible to passing — most likely, it occurred about 105 million years ago.

“Fine find” — Diego Pol, the scientist from the paleontologic museum Ekhidio Feruglio says. The researcher adds that in spite of the fact that titanosaurs were one of the most successful groups of dinosaurs, herbivorous during an era, “present knowledge of what species of titanosaurs lived in Australia, are small”.