To detect aliens, you need to look for supercomputers the size of a star 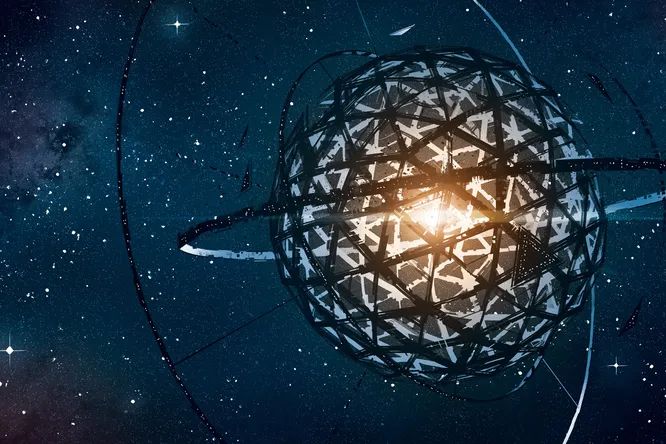 Computers powered by stars may be a sure sign of extraterrestrial intelligence, says Anders Sandberg of the Oxford Institute for the Humanities.

Sooner or later, the supercivilization must create a project that will be visible to everyone. Only if he does not discover a new physics unknown to us

“For a long time, it was assumed that all planets should be inhabited,” says Anders Sandberg. “As science developed, people decided that maybe we are alone in the universe.” But over the past decade, the outlook on life in the universe has become more optimistic. In 2014, they began to find Earth-sized planets near other stars. Therefore, intelligent life may also be common, according to members of the search for extraterrestrial intelligence project SETI.

Most SETI researchers are practitioners in physics and astronomy. In particular, Sandberg has made major contributions to the theory of hypothetical alien megastructures called Dyson spheres, and is currently writing a book about them. He became one of the scientists looking for the celestial spheres – computers the size of stars.

But he was not the first scientist to suggest looking for such objects. In 1960, physicist Freeman Dyson suggested that we could detect alien civilizations by finding the artifacts they would create. This is, for example, a huge power plant that surrounds a star, near which a civilization exists. His reasoning was simple: a developed civilization will need energy, and in huge quantities.

According to the laws of physics, most of the energy in the solar system comes from a star. Therefore, intelligent aliens will definitely take advantage of this at a certain point in their development.

In 1999, Sandberg wrote an excellent article in which he proposed the concept of such a structure. He wrote that Dyson spheres would be used to power star-sized computers. “The main question is: what are you using the Dyson sphere for? And I think you can find many different uses for it. Harvesting energy is just one of them. ” It can also be a place to live.

But the supercomputer hypothesis seemed to the scientist one of the most attractive. Sandberg suggests that Dyson’s spherical supercomputer will be driven by artificial intelligence. In his 1999 paper, he jokingly called these supercomputer lifeforms “the brain of Jupiter.”

The Dyson sphere will be heated by the star, causing it to glow with infrared light. Thanks to this, they will be visible at great distances, Sandberg is sure.

“We did some more rigorous scientific research and realized that yes, they (Dyson spheres) could be built,” Sandberg says. – If we find the Dyson sphere, then we will understand that supercivilizations are possible. This is important and suggests that some civilizations can come together to create incredible projects. “