To Earth solar wind from a huge coronal hole rushes 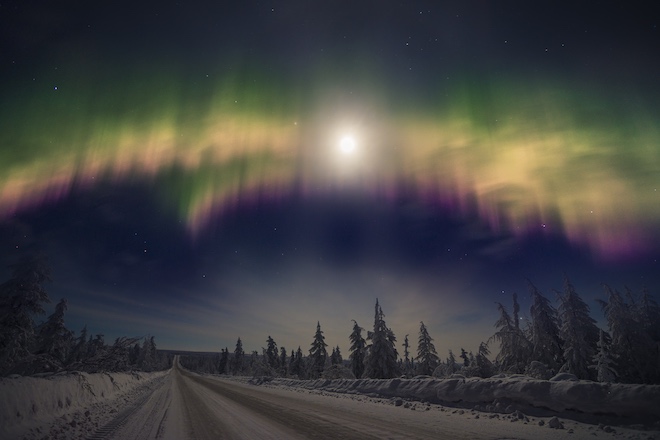 Inhabitants of a polar region should become witnesses of the colourful polar lights caused by the next powerful stream of solar wind in the next few days. Now solar wind has directed to Earth with a speed of 700 kilometers per second.

According to calculations of experts, the first contact with quickly moving the gas which is let out by the Sun will take place on December 7-8. In this regard this day the weak geomagnetic storm of the class G1 is expected. Magnetic storms of similar power usually don’t bear serious consequences for electrical power systems though experts don’t exclude a possibility of small failures and insignificant influence on operation of the satellites which are on Earth orbit. 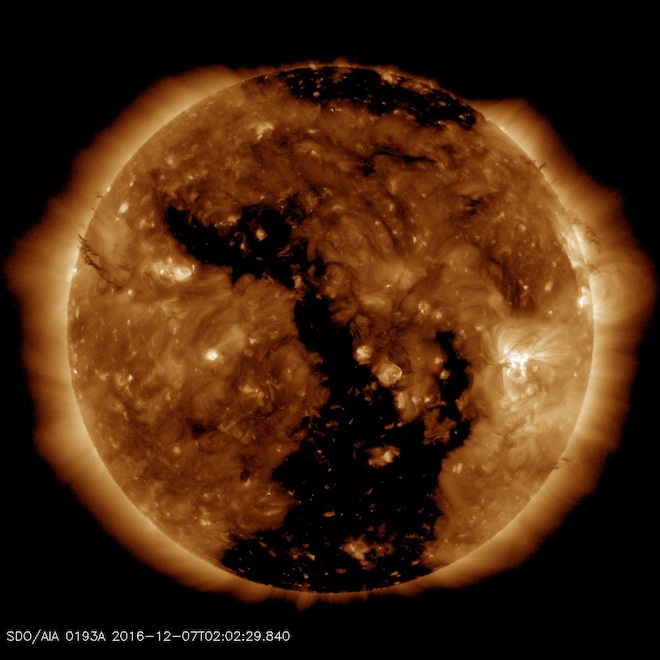 Source of this stream of solar wind is the so-called “coronal hole” — area of the atmosphere of the Sun with considerably the weakened magnetic field. The picture made by the American experts of Observatory of solar dynamics of NASA on December 5 allows to estimate scales of “hole” in the solar atmosphere.
Reference

The coronal hole is a site of the Sun where his magnetic field opens in interplanetary space thanks to what hot substance is thrown out of a crown outside quicker. As a result in these areas there is very poorly hot plasma therefore against the background of hotter and bright environment they look such dark.

As the open site of the atmosphere of the Sun is rather extensive, and proceeding and him the stream of solar wind is rather powerful. Therefore, experts explain, influence of solar wind on Earth will last several days after the first contact.

Specialists of NASA also note that the sizes of a solar coronal hole are dynamic and lately they have a little decreased. Apparently in a picture, now the coronal hole occupies about a third of a visible solar disk.