“To pretend” means “to become” 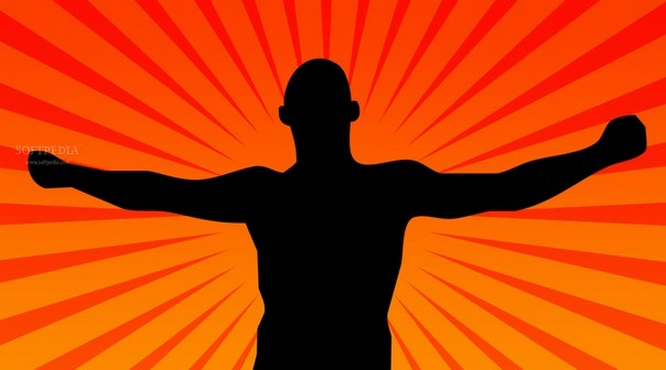 Many pop psychology books, websites, articles, videos, wandering on the network, promote the same idea in different forms: “to pretend” means “to become”. This sin often and psychotherapeutic recommendations.
Psychological pop music in various ways tries to convince us of the validity of recommendations:
want to be happy – act happy; I want to be rich – behave as if you’re already rich; you want to become a confident – act confident; you want to have success with women – behave like a man who has success with women; I want to influence people – act like a man who knows how to influence; etc.
In the same logic, reasoned, apparently, the medieval witches, who, to produce rain, splashed water, hitting the whip on the water, or even primitive hunters, who were depicted on the walls of caves of the mammoth, the affected stone spears.
This type of magic is, by the way, a special name – the sympathetic magic. This kind of magic assumes that like attracts like.
Dances of hunting, dancing, all sorts of tribes before you go hunting, largely also are the sympathetic magic: the alleged killing of the Buffalo, deer, lions, these tribes supposedly increase the probability of kill of a real bison, deer, lion.
Shaman, descending into the cellar, into the ravine, into the pit, allegedly facilitates the descent into the Lower world, and lifting the hill, the mountain, the tree, the shaman’s platform – rise in the Upper world.
Another classic example of sympathetic magic is the so – called cargo cults.
Seen such cults were of aboriginal people and the Pacific (Melanesia). During the Second world war, the developed countries are supplied to a variety of useful goods (“cargo” (cargo) in English and means “goods”), but by its end – stopped. And that the natives began to build straw airplanes, landing strips, control towers and even tinkering with controllers and headphones to simulate the coloring of the uniforms in the hope of attracting the cargo back.
To understand the complex processes that led to the fact that “white people” delivered the goods the natives could not. And in their level of knowledge of the most advanced achievement is sympathetic magic: like attracts like…
By the way, it should be noted that although the cult faded with time, but it’s been a long time (estimated 70 years) and faded they are not everywhere.
It is surprising that in the twenty-first century in developed countries is booming sympathetic magic, hunting dance, shamanic ritual, cargo cults and sympathetic magic, isn’t it?
Really, the cover from psychological and quasiperiodicity terms so much hinders the mind to join?
Of course, it’s not just psycho-terminological wrapper. The fact is that there are many mechanisms that can cause a person to erroneously conclude that acting effectively, and in General that most likely nothing works.
By the way, here I can argue with, say, Alexander B., but in fact there are experiments showing that smiling improves mood.
Yes, such experiments are.
But there are no experiments showing that artificially stretched face smile can cope with the realities of your life that hinder you to smile, cause worrying, to make miserable.
So if you want to become happier, do not smile, and apply a systematic effort to change their social situation so that it made him smile. Of course, the smile is not ironic or sarcastic, but barely noticeable smile of a happy man, confidently looking to the future.
PS is Similar to “pretend means to be” flawed logic and leads people who believe that you get success, brutality, confidence from successful, brutal and confident. This logic forces us to go to all these trainings, which are conducted by people playing the role of a successful, brutal, and confident. (And, apparently, are the coaches of this kind believe that you can teach success, because they themselves have learned to pretend to be successful, i.e., more specifically, to wear jackets and ties, keep your posture, do “face brick”, put photoshopped pictures, and, most importantly, not be ashamed of their stupidity and ignorance). However, this is about the contagious magic: join the contact with the force and will receive part of it.