To Yakutsk have delivered the Russia’s first cloned dogs 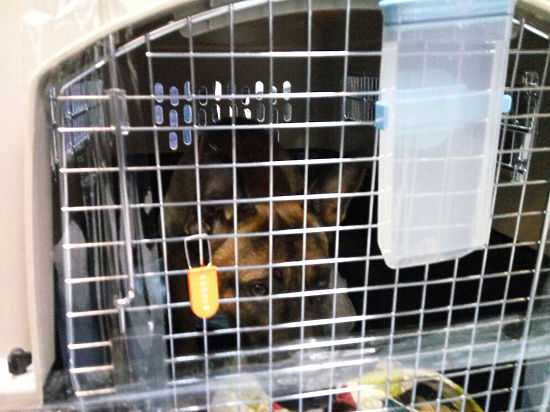 The Korean institute in honor of 60-year anniversary of university education in Yakutia transmitted through the Northeast Federal University (NFU) on November 29 three guard cloned dogs to the Yakut regional department of the Russian Military and Historical Society (RMHS).

– It is three one-year-old kobelk, Tom, Mark and Jack, – the chairman of the Yakut regional department RVIO Valery Chugunov told “MK in Yakutia”, – They feel well after flight, they were inspected by the veterinarian. Appetite is good, constantly play. And here didn’t get used to cold yet.

Issued them to take a walk, but they in a trice ran back. But, I think, will get used still. Dogs were cloned from cages of the best Korean police dog, having inherited that is proved by scientists, her unique capabilities.
Two dogs I gave today polices so they will serve the law. Kept one. Let’s bring it on search of archaeological places, old military burials.

By the way, dogs will be retrained to teams in Russian while they obey only a universal sign language. These cloned dogs – more sinewy in comparison with regular.

Today Fund of biotechnologies Sooam in Korea – unique in the world, going in for cloning of animals and, in particular, dogs. More than 800 dogs were cloned by request of various services in Korea, China, the USA and some other countries. The cloned dogs with unique qualities of a police dog are applied in anti-terrorist activities, work in public places to search of drugs and explosives. For Russia the Yakut experience will become the first.