Toad-Gollum was on the verge of extinction 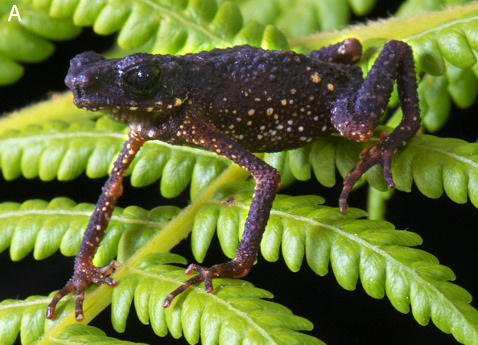 Toad Ansonia smeago, received its Latin name in honor of the hobbit Smeagol, whom the magic of the Ring of Power has transformed into a slippery and strange creature, lives in the mountains of Malaysia. It was first described in 2016; Then the zoologists gave her a name – for the love of water, elongated fingers and big eyes. Two years later, the toad was entered into the “red” list of threatened species of the International Union for Conservation of Nature.

If in the near future the authorities of Malaysia will not stop the expansion of the territories of hotels, there may not be forests suitable for A. smeago habitat in the country, warn environmentalists. Toads-Gollum are the enedemics of a single mountain, and are therefore very vulnerable.