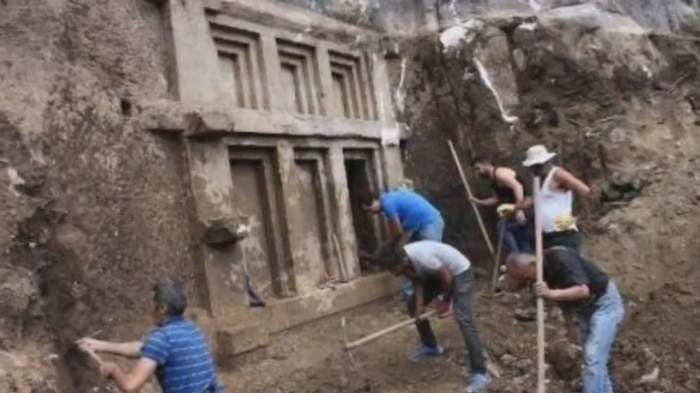 The Guardian journalists reported an interesting find on the territory of Turkey. There, archaeologists have discovered the burial of Nicholas the Wonderworker, which is the prototype of the fairy Santa Claus. The priest was called an assistant to poor families, because they believed that he was making secret gifts to them.

Using georadars, scientists carried out a search in the Turkish city of Demre. They managed to find under the church of St. Nicholas an ancient temple, preserved well enough, and the emptiness itself with the remains of the body of Nicholas the Wonderworker. Access to the remains is still closed to researchers because of possible damage to Mozzek and bas-reliefs. Nevertheless, archaeologists are sure that in the near future they will be able to pave the way to the grave without harm to the ancient architecture.

Many modern scientists suggest that the body of St. Nicholas was buried in the church in Demre in 343, and after seven centuries it was illegally transported by merchants to the city of Bari in Italy. Archaeologists from Turkey claim that at that time the bones of an unknown priest were removed, but the real saint remained in his grave. Note that the relics of Nicholas the Wonderworker were worshiped by more than 1.5 million people in Moscow. Now scientists have questioned the fact that believers worship the relics of St. Nicholas, and not an unknown priest.