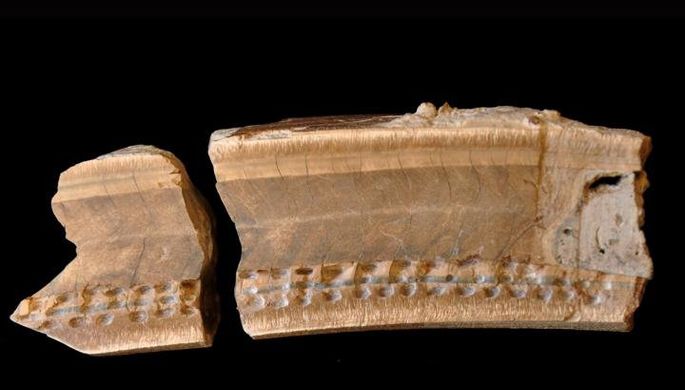 The tooth of the huge extinct sloth Eremotherium laurillardi aged about 27 thousand years was found by paleontologists from the University of Illinois in Belize, a state in the east of Central America. Researchers described the find in an article in the journal Science Advances.

An animal about 4 m in height, obviously, tried to drink from a deep funnel with steep edges, and so could not get out of it. The surviving tooth of the sloth allowed us to find out what he had eaten in the last year of his life and, thus, to learn more about the climate of the region.

Isotopic analysis showed that the giant sloth experienced a long drought of about seven months, at the beginning and end of which there were short rainy seasons. The analysis also showed that the animal lived in the savannah, and not in the forest, and during rainy and arid periods it fed on different plants.

“We were able to see that this huge creature could easily adapt to a dry climate. This confirms that sloths ate in a diverse way, ”the researchers note.

The find explains why giant sloths have existed for so long, about 2.5 million years, and have inhabited vast territories, the researchers explain. Their ability to adapt to the variability of conditions helped them survive.