Tornado photos of the 19th century 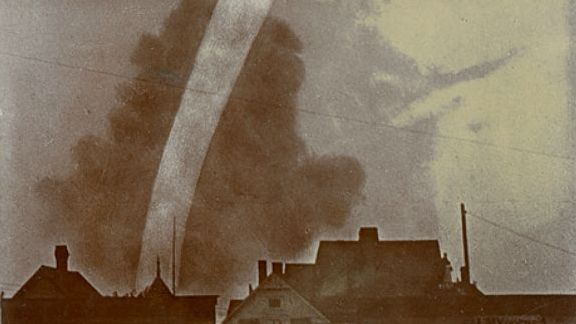 The art of photography only developed when there were fearless people who sent the lenses of their cameras to one of the most terrifying forces of nature – a tornado.

Today, especially in the US, there are many extreme photographers who are eagerly awaiting the weather and calculate the possibility of forming a beloved and frightening spectacle. They are also called hunters for a tornado. They, armed with equipment and adrenaline, rush to the epicenter of the storm to make stunning shots. About their “hobby” make films and programs.

This is a very dangerous thing, since a tornado can change direction at any time. But imagine the level of risk in the XIX century – when there are no fast cars, no exact predictions, and the technique differs in overall dimensions and slow tuning. And, despite these factors, there were photographers willing to sacrifice their lives for the sake of a successful frame. Rain and hail, accompanying the tornado, in this case – the most minor problems.

Previously, tornado photos were bought for newspapers and research. Today many pictures are stored in museums and libraries. For example, recently the McFarlin Library at the University of Tulsa (TU) purchased a photo of a tornado in Oklahoma City on May 12, 1896 (see the main photo). This frame belongs to Thomas Croft (Thomas Croft). The picture faded, the image blurred with time, but still it’s pretty scary to imagine yourself near a hurricane that is about to reach wooden houses. It was a level F2 tornado that struck five miles from the northwestern city of Oklahoma City, breaking four farms, destroying one barn, killing a number of domestic birds.

A picture of Croft is considered the first photograph of a tornado. National Geographic claims that the oldest is the photo of April 26, 1884, an unknown photographer in South Dakota. All works are worth attention and full of dramatic events. We offer you to see pictures of tornadoes, which became a disaster for people who lived about 130 years ago. 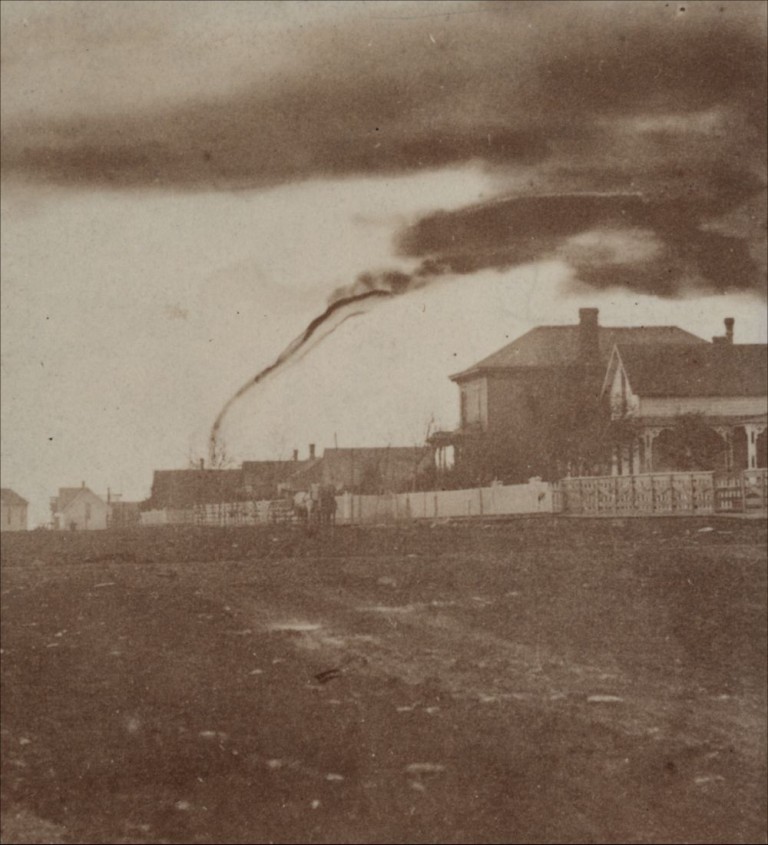 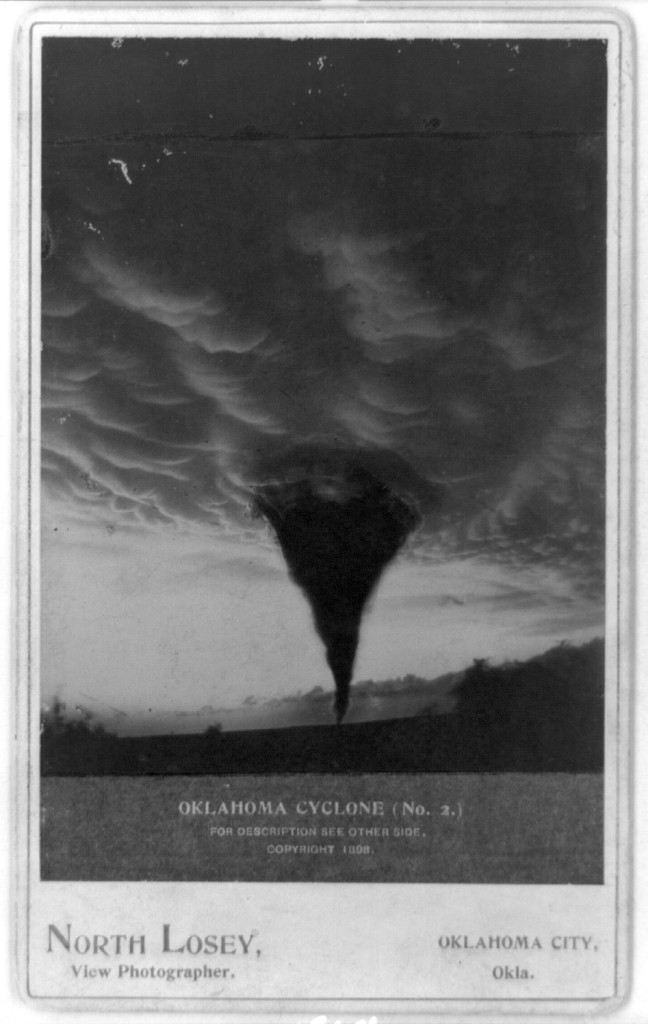 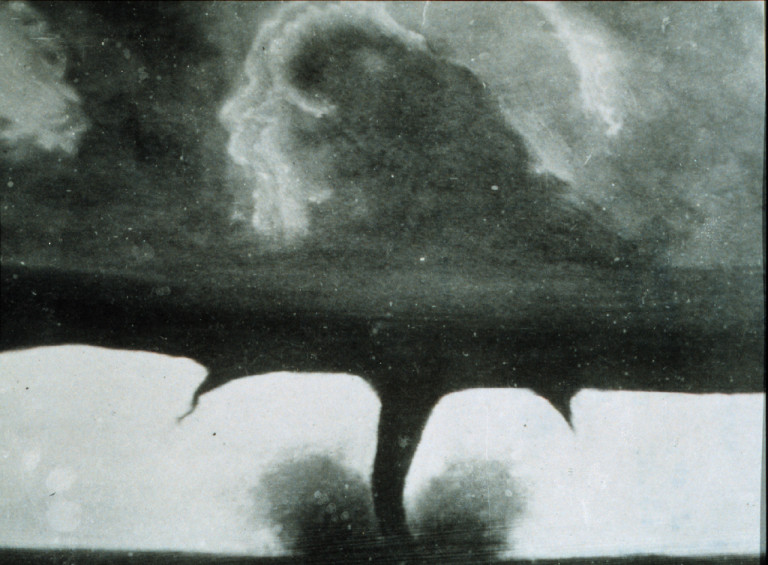 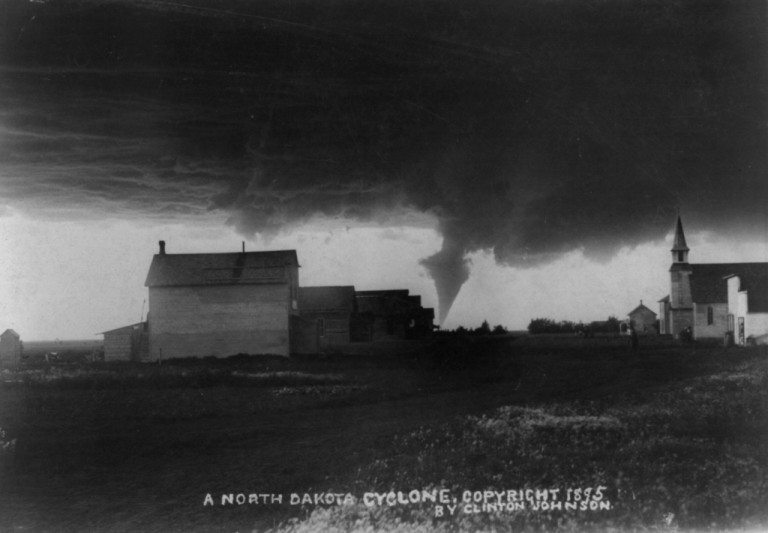 Photographer Clinton Johnson, a tornado in North Dakota in 1895 / © Library of Congress 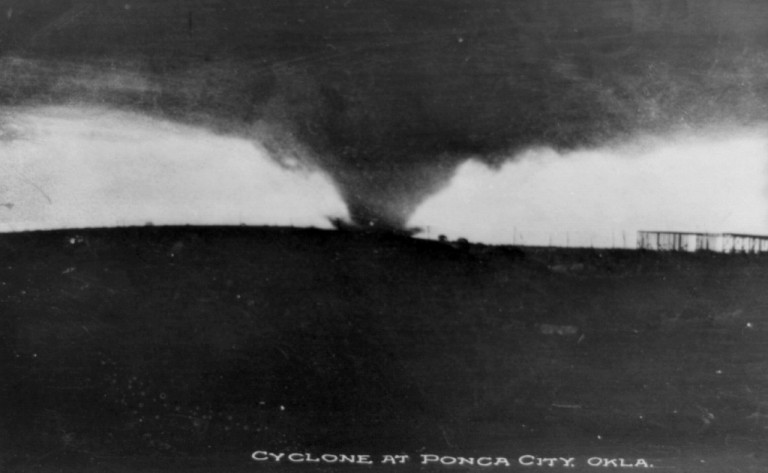 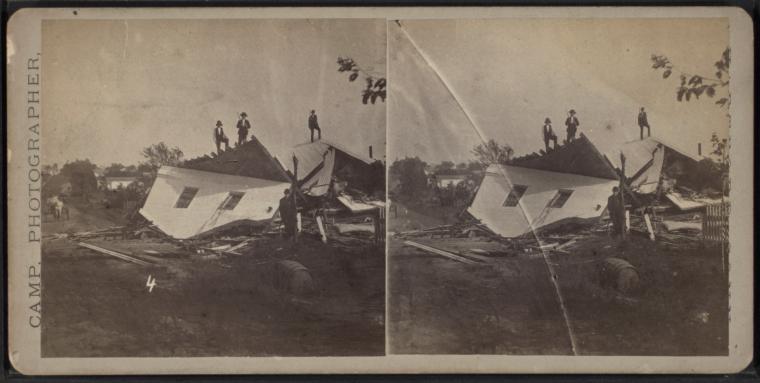