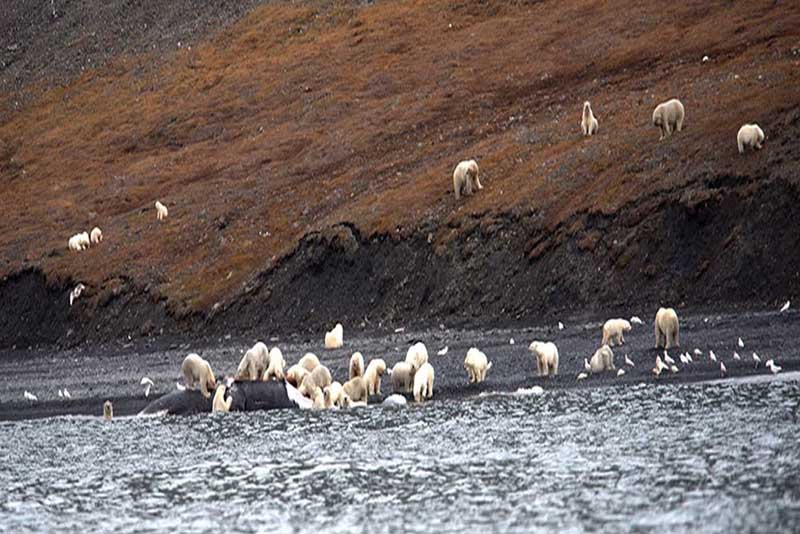 Traveling on the cruise ship “Akademik Shokalsky” along the Northern Sea Route, tourists managed to see a conglomeration of 230 polar bears attracted by a whale carcass on the shore. This is reported on the website of the reserve “Wrangel Island.”

To detect such a unique cluster of bears in one place was possible due to the fact that the vessel was passing near the island.

Data on the find was reported to the international scientific group working on monitoring the Chukchi-Alaskan population of polar bears in the area of ​​the island. Now there are detailed observations.