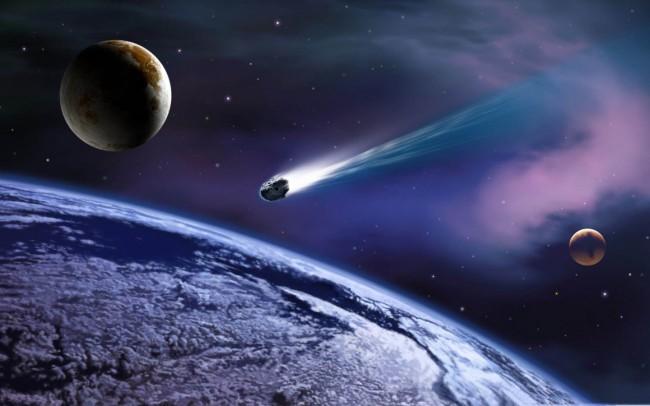 Experts from the University of Arizona discovered tektites – small melted and weakly radioactive pieces of rock, probably formed 35 million years ago when a large meteorite fell into the Atlantic Ocean. According to the Internet portal Space.com, they were found in the study of samples of sedimentary rocks raised from a depth of more than 650 meters in the area northeast of the Chesapeake Bay, which formed much later on the site of a huge meteorite crater.

Space explorers: from Gagarin to the present day Discoverers, record holders, astronauts, astronauts and tourists – we have collected information about everyone who has ever made space flights

When a meteorite crashed into the dense layers of the Earth’s atmosphere at a speed of about 60 km / s and crashed in an area that would become the east coast of America a million years later, a huge amount of dust and debris were thrown into the atmosphere, which subsequently settled on an area of ​​about 10 million sq km – From the modern state of Massachusetts to the island of Barbados in the Caribbean. The surface of tektites found in bottom sediments is deformed, which, according to researchers, confirms that they formed during a powerful cataclysm. Another evidence that traces of a meteorite fall were found was the uranium-thorium-helium analysis of tektites, which confirmed their age – about 35 million years.

According to estimates, the impact force of the meteorite was such that the bedrock at the crash site was destroyed to a depth of 8 km. At the crash site, a crater formed with a diameter of about 85 km and a depth of 1.3 km, and a severe tsunami arose in the ocean. Subsequently, sedimentary rocks filled a giant funnel, which is considered the largest meteorite crater in North America.