Traces of algae of 1.6 billion years old are found in India 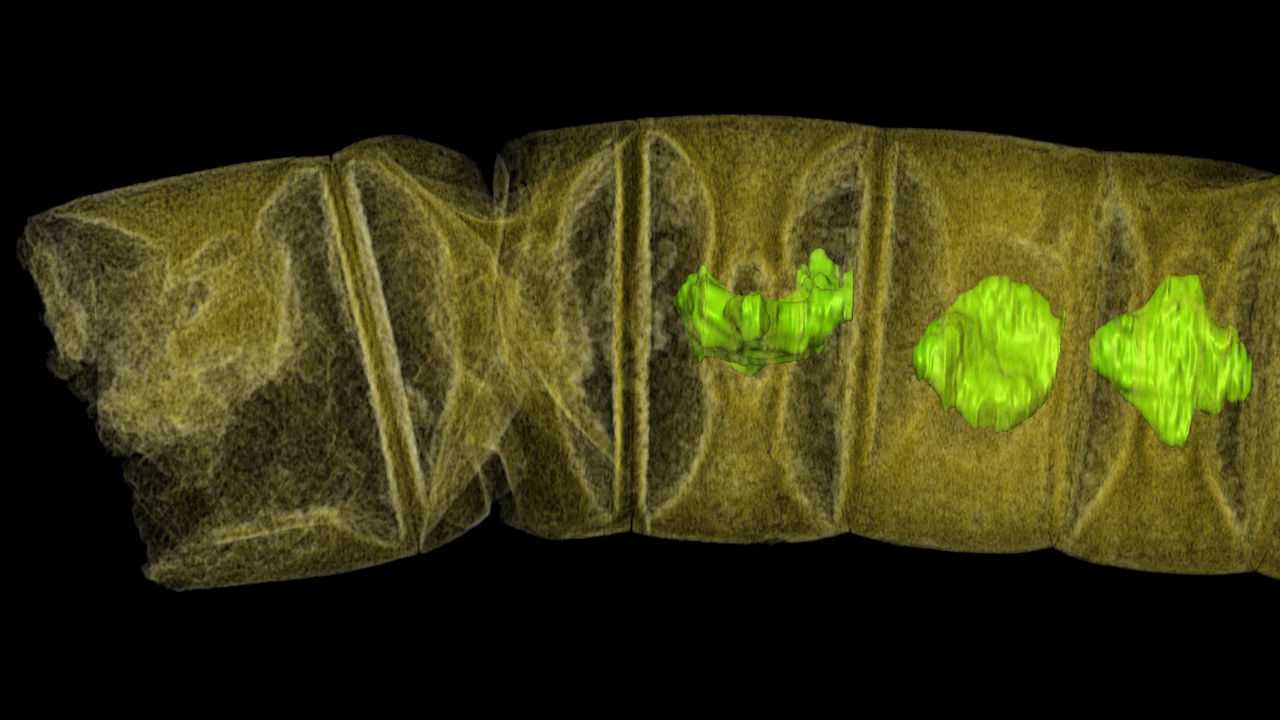 The ancestors of animals, algae and in general eukaryotes could appear on Earth 400 million years earlier than was believed until now. In the sedimentary rocks of the Vindhya mountain massif in Central India, traces of stromatolites – bacterial mats with an age of about 1.6 billion years – have been preserved. However, scientists who studied them found traces of not only bacterial colonies of Denaricion mendax, but also red algae – representatives of much more complex eukaryotic organisms. About the discovery Stefan Bengtson and his colleagues from the Swedish Museum of Natural History write in an article published by the journal PLOS Biology.

According to the authors, the traces were kept surprisingly well, allowing to distinguish between organelles and compartmentalization, the “division” of the cell into internal membrane structures characteristic of eukaryotes, but not for simpler and ancient bacteria or archaea. Good preservation allowed even to distinguish two separate species of red algae in ancient sediments. Large cells of Rafatazmia chitrakootensis are filled with disk-like structures, which, possibly, are chloroplasts bearing photosynthetic pigments. They are surrounded by more rounded algal cells, called Ramathallus lobatus. 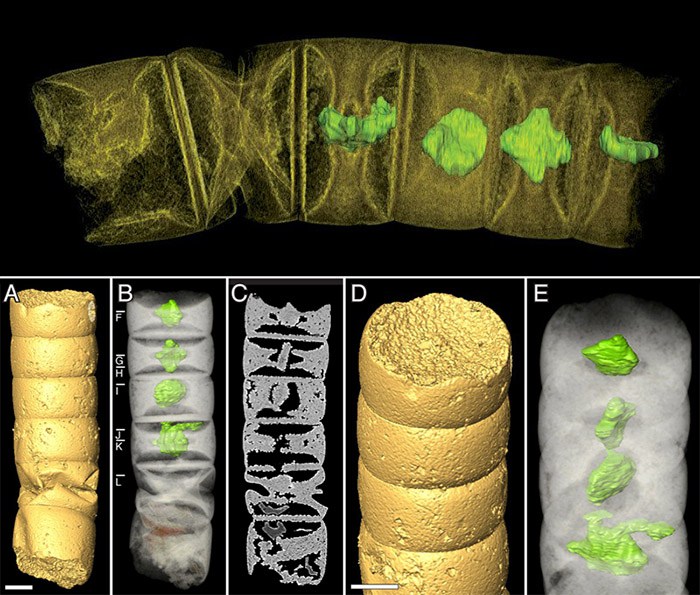 Before the appearance of the direct ancestors of all plants, animals and other eukaryotic taxa was attributed to 1.2 billion years ago – the remnants of red algae Bangiomorpha pubescens were considered the oldest. They relied on the first representatives of a truly complex multicellular life, which appeared shortly after the symbiosis of archaea and cyanobacteria allowed the ancestors of eukaryotes to appear. A new find may move this point much farther into the past, although even the authors of the work admit that there is as yet no absolute certainty of such an interpretation of ancient Indian deposits.