Traces of dinosaurs, age over 145 million years are found in China 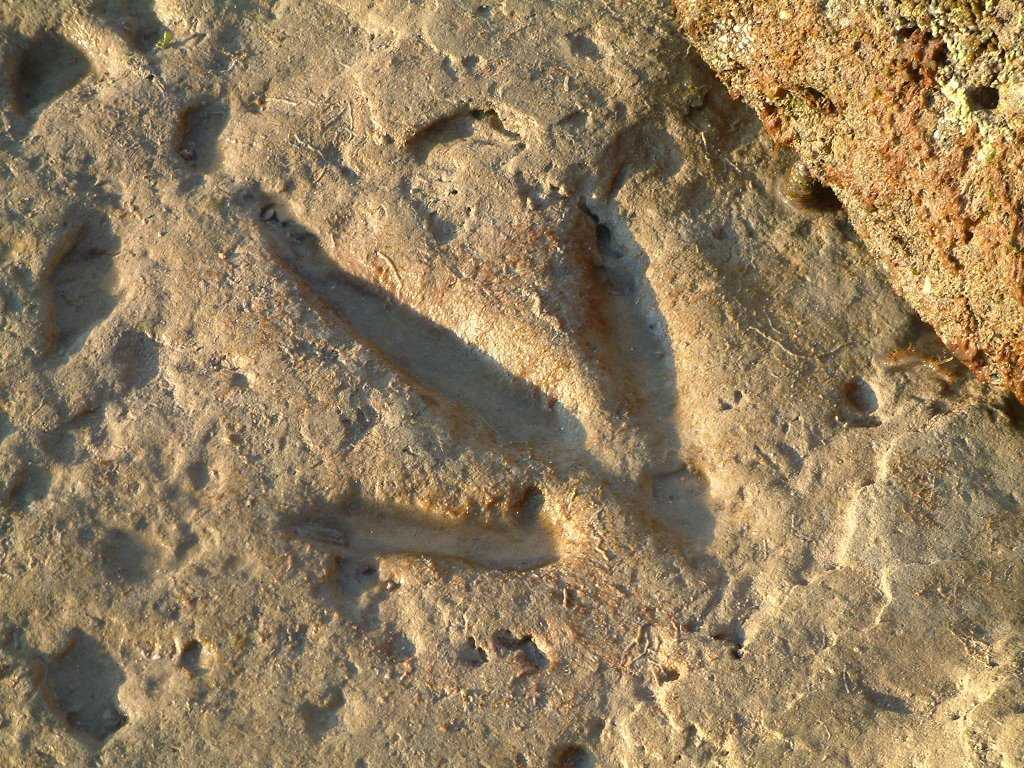 In a southwest part of the People’s Republic of China researchers found traces of dinosaurs which age exceeds 145 million years. Traces will help to learn more about life of prehistoric pangolins in this part of the world.

Traces of dinosaurs were found in the Province of Guizhou located in a southwest part of China. Researchers found prints of paws of ancient beings on rocks in the district Bitsz. “Gift” of the Jurassic Period was found even in the fall: examination of traces took two months.

Traces reach in length of 40 cm. Scientists believe that prints were left by individuals whose height constituted 6 m. Most likely, these traces belong to zauropoda – the four-footed herbivorous dinosaurs living with Jurassic on cretaceous the periods. In particular, the famous giants Diplodocuses and brachiosaurs treat zauropoda. The found traces probably belong to four individuals. Millions years ago, according to scientists, dinosaurs came to this area to satisfy thirst.

Researchers call detection of traces a great luck: the find, in their opinion, will be able to tell very much about resettlement of dinosaurs in Southwest China. Local authorities promised to do everything possible for preserving prints. Now works on their preservation are begun.

Let’s remind, not so long ago other scientists found one of the biggest traces of dinosaurs known to science. The print reaching 106 cm in length probably belongs to a titanosaur – a large four-footed herbivorous pangolin. The mark was left 70-90 million years ago.

The operenny tail of a dinosaur which was found in one of the markets of Myanmar became one of the most interesting paleontologic finds of last year also. The “feathery” dinosaur was extremely small: its sizes can be compared to the sizes of a sparrow. It, most likely, couldn’t fly. The importance of a find is caused by the fact that the science still knows very little about a pen-type cover of dinosaurs. We can’t tell with an accuracy what pangolins and during what periods had feathers. Some dinosaurs passed into the category of “birds” after new opening. The well-known velotsiraptor – the hero of the movie “Jurassic Park 3” was it, for example.