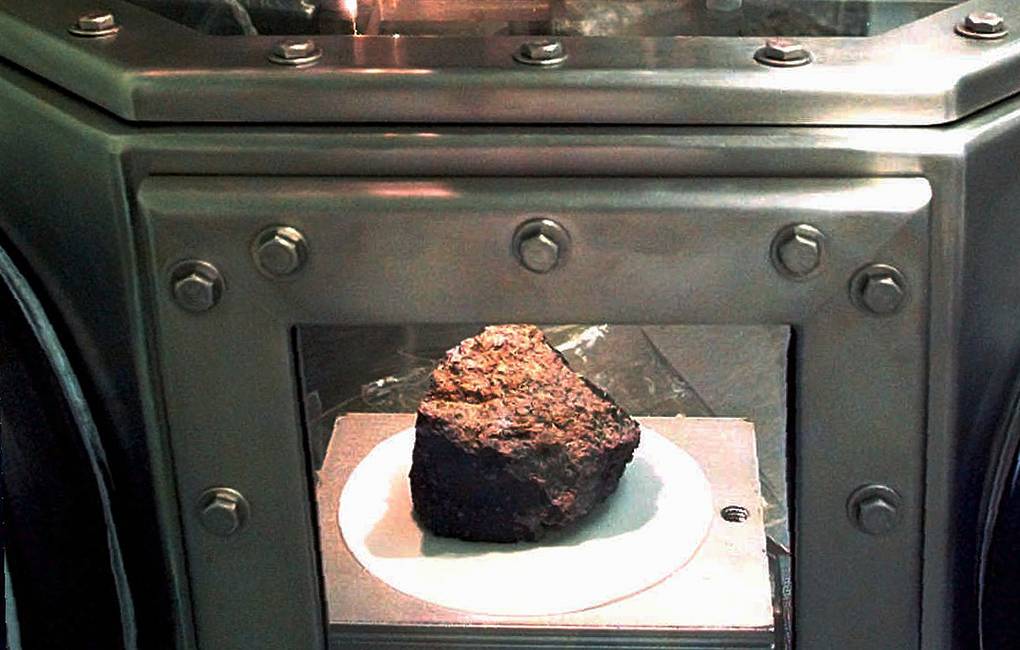 In one of the ancient Martian meteorites, which was found in Antarctica in December 1984, planetologists spotted traces of organic molecules. In structure, they are similar to amino acids and other nitrogen-containing substances. The description of the find was published by the scientific journal Nature Communications.

“There are two explanations for our discovery – these substances formed on Mars or fell on its surface from the outside, along with falling meteorites and comets. In any case, this discovery shows that young Mars was more like the Earth and was not red, but another a blue planet, “said one of the authors of the article, a planetologist from Tokyo Institute of Technology (Japan) Atsuko Kobayashi.

Over the past ten years, planetologists have discovered many evidence that rivers, lakes and whole oceans of fresh water existed on the surface of Mars in ancient times. Measurements of the Curiosity rover show that these reservoirs were filled with fresh water, which is theoretically suitable for the origin of life.

Therefore, planetologists argue whether there was enough organics on Mars for the appearance of life, but so far they have not had the opportunity to get a complete answer to this question. This is due to the fact that due to modern conditions on the surface of the Red Planet it is very difficult for complex organics to survive there, and because its traces in ancient Martian meteorites were not found until recently.

Kobayashi and his colleagues made the first such discovery while studying the chemical composition of minerals and various organic inclusions from the ALH 84001 meteorite, which was found in Antarctica in December 1984. At the end of the last century, geologists found interspersed organics in it. Some scientists initially took them for traces of Martian microbes, but later this hypothesis was refuted.

Is there life on Mars?
Nevertheless, these inclusions served as one of the first sources of ancient Martian organics, which chemists, biologists, and geologists were able to study. They contained both simple organic substances and rather complex aromatic hydrocarbons. However, scientists did not find amino acids, sugars, and other important “building blocks of life” in them.

The fact that the Curiosity rover recently found complex organics on the surface of Mars spurred Kobayashi and his colleagues from the Japan Aerospace Research Agency (JAXA) to think about re-searching for organics in the ALH 84001. For this, scientists used new methods of chemical analysis and the particle accelerator SPring-8 built in the Japanese city of Hyogo.

Separating several organic grains from meteorite rocks, scientists enlightened them with an x-ray beam from the accelerator and analyzed the spectrum of the meteorite substance, comparing it with what traces of various organic substances look like under similar irradiation.

As a result, it turned out that in ALH 84001 matter there are not only various hydrocarbons, but also organic substances with nitrogen atoms. Such compounds that are found on Earth include various types of amino acids, as well as nitrogenous bases – the main “building blocks” of single units of DNA and RNA molecules.

Judging by the spectrum of nitrogenous forms of organics from the Martian meteorite, these compounds are most likely derivatives of pyrrole, a substance whose molecules are an important component of chlorophyll, hemoglobin, and a number of other biologically important compounds. In addition, scientists do not exclude that in the material ALH 84001 there may be amines, imines and a number of other organic substances.

Considering the age of the meteorite is 4 billion years, this means that not only water was on the surface of Mars, but also complex organic substances, analogues of which play an important role in the work of the cells of earthly life. Their discovery, according to scientists, suggests that early Mars was more like Earth than a modern red planet, where organics cannot exist for long because of the high aggressiveness of the environment.