Traces of Pharaonic campaigns to Central and South Africa are found 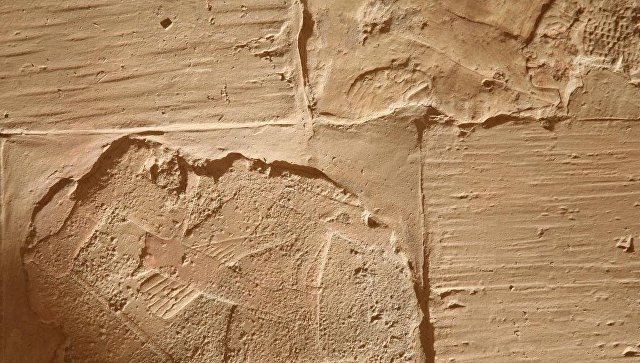 Polish archaeologists have found in the temple of Queen Hatshepsut confirmation that the Pharaohs of the New Kingdom arranged sea and land trips to Central or even South Africa, the press service of the Polish Academy of Sciences.

“We managed to find the only pictures of a secretary bird knocked out on the wall during the time of the pharaohs, and we can say that these birds were the rarest” treasures “that the armies of” rulers of two kingdoms “brought back to Egypt from the legendary country of Punt,” Filip Taterka, head of the expedition to Deir el-Bahri.

As chronicles of ancient times tell, Ancient Egypt sent numerous military and research expeditions far beyond its borders. His troops and travelers penetrated the territory of Libya, Nubia and Sinai, and the ships of the ancient Egyptians, according to some historians, could reach the Cape of Good Hope and explore much of the coast of Africa.

One of the most large-scale expeditions of this kind was organized during the reign of Queen Hatshepsut, who sent troops to the territory of a supposedly fantastically rich and exotic country, which the ancient Egyptians called “Punt”, or “land of the gods”. Once in its territory, the Egyptian expeditionary corps established trade relations with its inhabitants, purchasing ebony, incense, skins and exotic animals.

Despite the fact that both the predecessors and successors of Hatshepsut repeatedly sent expeditions to Punt, scientists still do not know exactly where this country was located. Judging by the description of the exterior and traditions of its inhabitants, they were pureblood Africans, whereas the nature and geography of Punta, described in the chronicles of the pharaohs, indicates that this country was located on the Sinai Peninsula, on the Red Sea coast.

Polish archaeologists have found the answer to this question by digging near the walls of the funeral temple of Queen Hatshepsut in Luxor, where, according to the legends of the time, sprouts of a myrrh tree were planted and presented to her by the rulers of Punta.

On one of the walls of this temple, scientists managed to find a series of drawings depicting bird-secretaries (Sagittarius serpentarius), one of the modern “living” icons of African savannahs. These birds, as archaeologists explain, live only in central and southern Africa and do not occur in the Sinai and Arabian Peninsula.

“We already found fragments of such images, but they were much worse than this one, we thought that they were drawn by herons.” Only when we found the head of a secretary bird and asked our ornithologists from South Africa to look at it did we understand , as we were wrong, “- continues Taterka.

Accordingly, the presence of this unusual bird on the list of treasures brought by Hatshepsut troops from Punta indicates that this country was most likely located in Eastern or even South Africa. Most likely, according to the supporters of the “African” hypothesis, in the territory of Ethiopia, Somalia or Sudan, on whose arms, as the scientist jokes, even today a bird secretary is drawn.