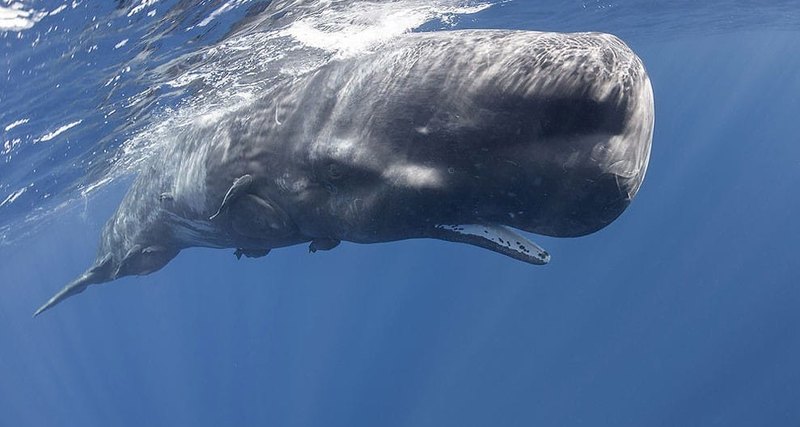 Strange pits on the ocean floor are, apparently, the traces left by the most deeply depleted animals. This per kilometer exceeds the traditionally attributed depth of immersion.

A new study, conducted by the University of Southampton and the National Oceanographic Center, recorded a series of troughs on the ocean floor, probably abandoned by deep-diving whales. At the very least, it is difficult to explain them somehow.

Observations were originally made by an unmanned autonomous underwater vehicle designed to study deep-sea nodules. It was in the Pacific Ocean.

At first these images puzzled the researchers. They were clearly not related to mining or scientific operations in the area; they were too big to be created by any deep-sea animals and they obviously were not the result of any tectonic events – in that place and at that time there were none.

However, these strange hollows are very similar to the tracks left on the seabed by sperm whales – only at a shallower depth.

In total, scientists counted 3539 excavations in the soil, the area of ​​which is approximately equal to the center of London. The average depth in this place is 4258 m.

It is not very clear what exactly makes sperm whales (if they are) from overclocking to rub against the seabed. Maybe they are combing out the parasites. But it is extremely remarkable that the depth attainable for them has increased by about a kilometer, and its achievement, judging by the number of tracks, is quite an ordinary affair.

Details of the study can be found in an article published in the Royal Society Open Science.