Traces of the mysterious ancestors of man 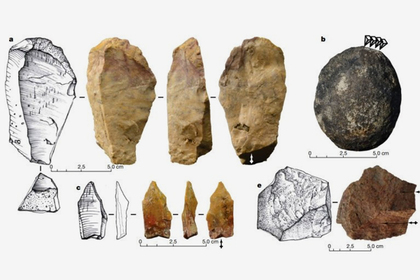 An international group of scientists has discovered a place in the Philippines of unknown archaic people, whose age reaches 709 thousand years. Archaeologists have found 57 stone tools, as well as animal bones with traces of injuries, including rhinoceroses and stegodons.

Scientists have discovered 49 pointed stone fragments (flakes), threshing stones and six yadrysch – stones, from which the blanks used for the production of tools. In addition, bones of stegodon, deer, freshwater tortoise, monitor and rhinoceros were found. The skeleton of the latter had traces of cutting, including removal of the humerus to provide access to the bone marrow.

Earlier, the most ancient evidence of the existence of representatives of the genus Homo in the region was a bone found in the cave of Callao. It was dated 65 thousand years BC. A new find indicates that archaic ancestors of people settled in South-East Asia several hundred thousand years earlier. The Gominin probably came from the territory of China and Taiwan, using ocean currents and settling on the islands.

According to researchers, archaic people who owned artifacts, can be flores people or denisovtsami.

Gominini is a subgroup (tribe) of hominids, which includes modern humans, chimpanzees, as well as their ancestors, for example, Australopithecus.