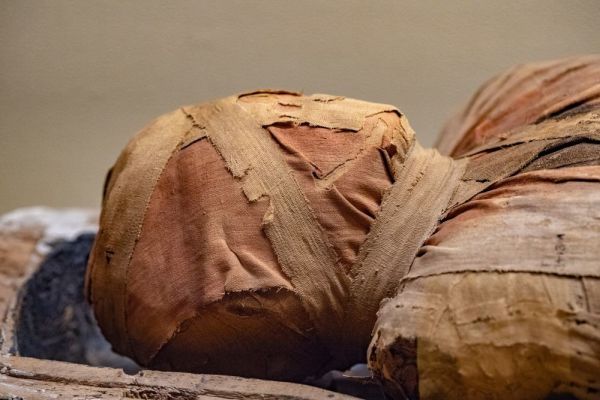 Scientists from the Universities of Granada and Jaén (Spain), when examining a female Egyptian mummy, discovered the oldest evidence of gynecological treatment.

A summary of the discovery is published on the website of the University of Granada. Scientists are reported to have examined a woman’s mummy, discovered during a 2017 excavation at Qubbet el-Hawa, on Egypt’s southern border.

The mummy was found in a tomb with the symbol QH34. She was in a burial chamber located underground. A vertical shaft cut into the rock led to it. By the way, ten intact graves were found in this cell.

The woman’s mummy immediately attracted the attention of scientists. The very first tests showed that she had suffered a serious pelvic injury. It happened, according to researchers, in the years 1878-1797 BC. She was probably in severe pain.

The analysis of the remains was carried out by a team led by Miguel Botella. She also identified traces of gynecological treatment, which are currently the oldest of their kind. It has been established that ancient doctors treated a woman using methods described earlier in the texts of ancient papyri.

The patient was, in fact, disinfected. And they did it in a way that today is known as fumigation – the destruction of pathogens using poisonous gases and vapors. Nowadays this method is used to treat plants, and in ancient Egypt, as it turned out, it was used by “gynecologists”.

“The most interesting thing about this discovery is not only the documented evidence of palliative gynecological treatment, unique to Egyptian archeology, but also that this type of fumigation treatment was described in medical papyri of the time,” says Egyptologist Alejandro Jimenez.

Scientists note that about 4000 years ago, in this area of ​​Upper Egypt, the methods of mummification were not yet effective enough. And the mummification itself was subjected only to representatives of the upper stratum of society.

This is confirmed by the found mummies. They were wrapped in thick layers of linen bandages. This helped the skeletons stay well and not decay. The mummy studied by anthropologists also belonged to a woman of a high social class. She bore the name Sattzheni, it was written on the lid of her sarcophagus.

Interestingly, her full name was Sattzheni A. Scientists believe that the name Sattzheni was probably very common among women of the upper class. Therefore, a small addition was supposed to indicate a specific Sattjeni.

“The mummies had grave goods, as a rule, they were of different types of necklaces,” says the study’s lead author Miguel Botella. “Some of them had face masks. The mummies were kept inside rectangular sarcophagi that were stacked on top of each other. were covered with hieroglyphic inscriptions that were poorly preserved due to termites. ”

Apparently, the mummy of Sattjeni A was the last mummy that was lowered into this burial chamber before the entrance to it was closed.