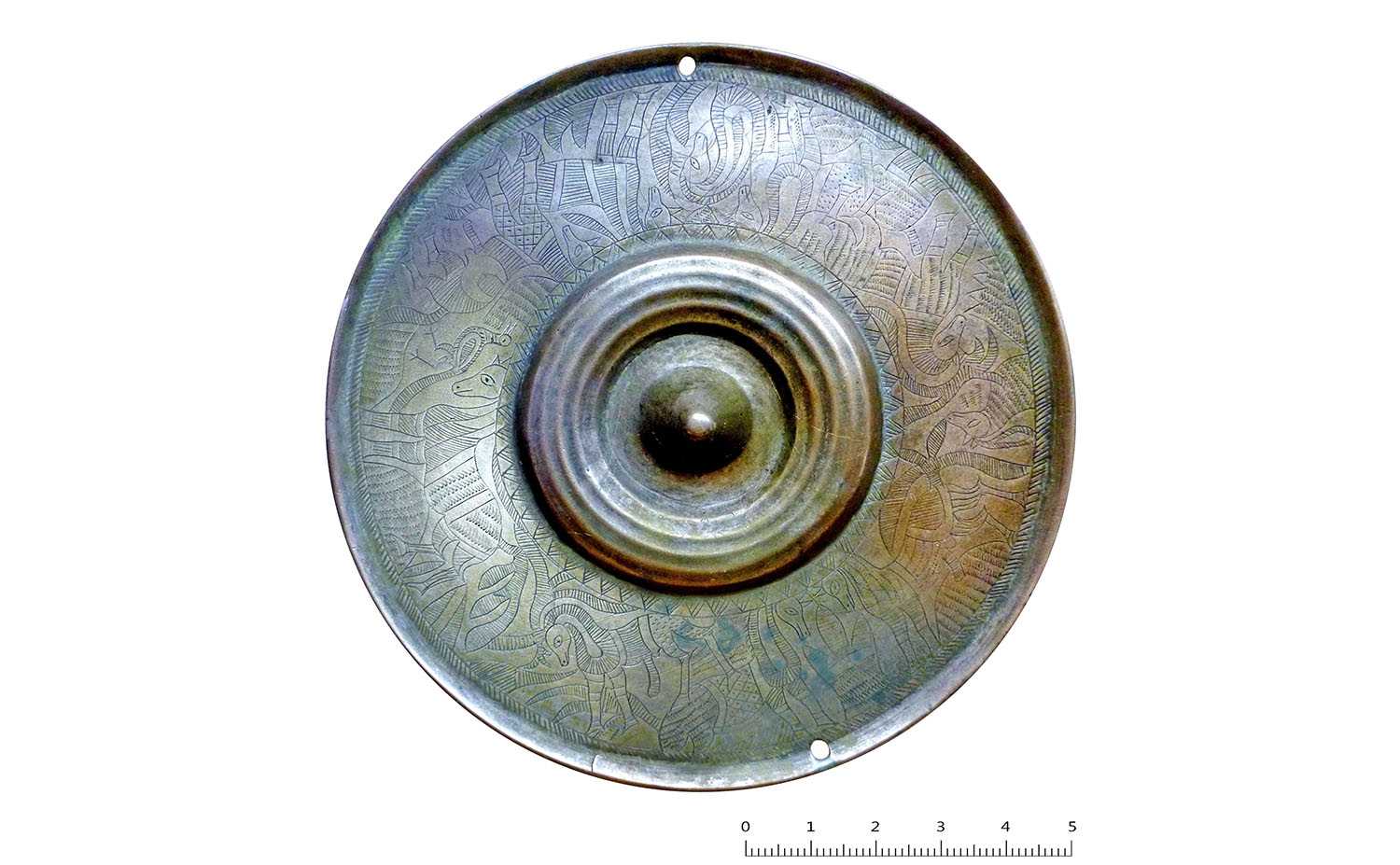 Employees of the Institute of Archeology and Ethnography of the Siberian Branch of the Russian Academy of Science (SB RAS) came to the conclusion that the treasure discovered in the area of ​​the Kazym River could have belonged to carriers of a previously unknown culture.

Kazymsky treasure was found by an amateur fisherman Andrey Cheremin in 2014. The find contained 25 unique items, including cast bronze disks with a relief surface. For three years, archaeologists have restored and thoroughly studied the objects. According to scientists, the disks can represent the back of Indian rattles, which were supplied from India in the VI-III centuries BC. For the first time such a mirror was discovered in 1947, and later, after excavations in the south of the Novosibirsk region and Altai, it was supplemented by five more samples. All the mirrors were located in the women’s burials.

Mirror-rattles consisted of two parts – the rear and the ground. The first depicted the priestesses surrounded by cult Indian animals, and her center was adorned with a cone, probably symbolizing the summit of the world. The scenes accompanied the solar signs, which can also indicate the belonging of the characters to the higher beings. Similar techniques were used to create samples found in the Kazym estuary area. At the same time, the latter differ from the mirrors by the construction – cast, not forged ones, – and by the way of registration: on Indian discs, the ornament was applied by stamping, Kazym – engraving.

The researchers suggest that such differences indicate the ascent of the find to a previously unknown archaeological culture. Their production can be dated to the middle of the 3rd century BC: masters of the Asian-Asian craft centers copied Indian discs within their own tradition. Subsequently, in the II-I centuries BC, the specific relief of objects was simplified. So, from their surface the ornament, rollers and a hollow cone in the center practically disappeared – the cultures of the population of the northern territories preserved only the original form, replacing the Indian motifs with the Scythian-Siberian animal style.

According to the author of the work of Peter Shulga, the new find also confirms the extreme vitality of the Indo-Iranian symbolism of the universe. Apparently, the cult of Mount Meru in the V-III centuries BC covered large areas from India to the Southern Urals. Then, as a result of changing cultures, the image of the mountain disappeared. The changes are consistent with the formation of Hellenic states, in which the production of non-functional copies of rattles mirrors could continue. Despite the absence of the found part, the discs, nevertheless, remained in demand, as evidenced by the content of Kazimsky treasure.

Briefly about the study is reported on the website of the Institute of Archeology and Ethnography of the SB RAS.