Transport of the future: the Chinese people have a bus portal 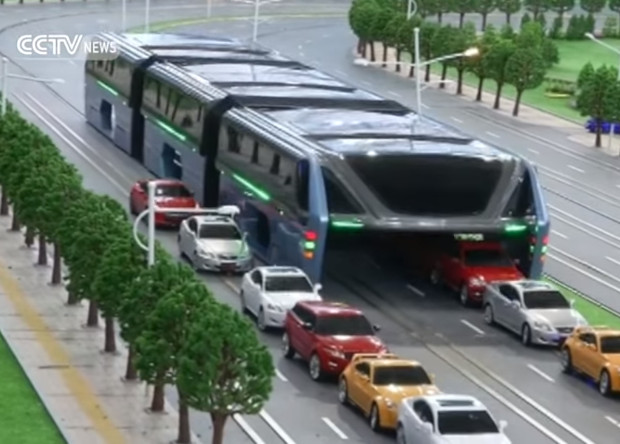 China has begun testing a prototype of the so-called portal of the bus. Most of all this machine is similar to ground catamaran whose middle part is raised high above the ground: beneath it can pass cars. The wheels on the bus rolling along the special rails laid on the edge of the road.

During testing, a bus with passengers in the cabin drove specially built for the route. The developers believe that their bus will be able to transport people without interfering with traffic flow on the roads.