Travel in time are possible 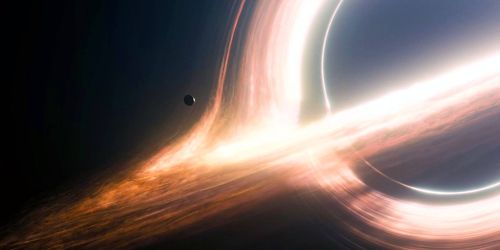 Modern astronauts, as we know, already do it. However, they travel only to the future so far. And on fractions of a second. But who knows – can be, once we will manage to depart for years or even centuries forward or, on the contrary, to fray for a forelock of our five-year-old grandfather? But we will begin one after another.
Stop, a moment!

Time in empty space of space and on Earth flies unequally. It is known to each school student. The gravitation of some object is stronger, the time in its vicinities passes quicker. It occurs because by means of gravitation “fabric” of four-dimensional space time is distorted. On the other hand, Einstein showed that the speed – the more weight is higher. Therefore for all objects which move at very high speeds time is slowed down too. ISS speed – more than 27 thousand km/h. The Russian astronaut Sergey Krikalyov, for example, spent in an orbit in total 803 days 9 hours and 39 minutes. Thus, he lives in time, for the whole 1/50 seconds being ahead of us.
Time machine

The theory of relativity says to us that the time machine which will transfer us to the future can be created. You enter it, wait. You leave and find out that on Earth there passed centuries. There are no technologies for this purpose yet, but the science knows – it is possible.

However, for this purpose it is necessary to disperse to the speed close to velocity of light. Whether it is worth being surprised that the time machine represents no other than the spaceship, according to the General Theory of Relativity, time and space are indissolubly interconnected (a question of how in case of dispersal to such mad speed to preserve your body and the ship while isn’t necessary). But whether the person who made such trip will be able to return back to the past?

The first hints on the fact that laws of physics allow people to travel to the past appeared in 1949 when the mathematician Curt Gödel found the new solution of the equations of Einstein, and in fact – new structure is simple ranstva-time which is quite admissible from the point of view of FROM. However, proceeding from Gödel’s equations, the Universe shall rotate as whole and not to extend with acceleration – that as it became clear since then, isn’t true.

In recent years scientists offered other ways for potential travel in time – space time curvatures. However the analysis of a microwave background and other data show that the Universe was never bent so that such travel became possible. However, there is also a roundabout maneuver.

What there is a past?

It agrees FROM, doesn’t exist not only some uniform for all observers, a universal measure of time, but also at certain circumstances there is no need even in that observers have agreed in opinion on uniform sequence of these or those events. Let’s say that time for Alphée Zentawr moves with the same speed, as on Earth (the planet on which there live aliens, has the same weight and moves with the same speed). In 2014 the Olympic Games in Sochi were held. Let’s assume also that in 2015 opening of the Interplanetary chess tournament on Alphée Zentawr will take place. What of events has occurred earlier?

To move quicker than velocity of light, proceeding from the theory of relativity, as we know, it is impossible. As approaching “a light barrier” to dispersal of an object more and more energy is required. Once – at theoretical achievement of velocity of light – it the infinite number would be required. Besides, and the body which would reach such speed has to get infinite weight.

Here also the roundabout maneuver is possible. It consists in a potential opportunity to deform space time. For example, so that the short way from the Olympic Games to a chess tournament has opened. You will quicker not move velocity of light – but in space move quicker.

In 1935 Albert Einstein and Nathan Rosen have written work in which proved that he FROM allows existence of such existential bridges, a bow – “the mole holes”. 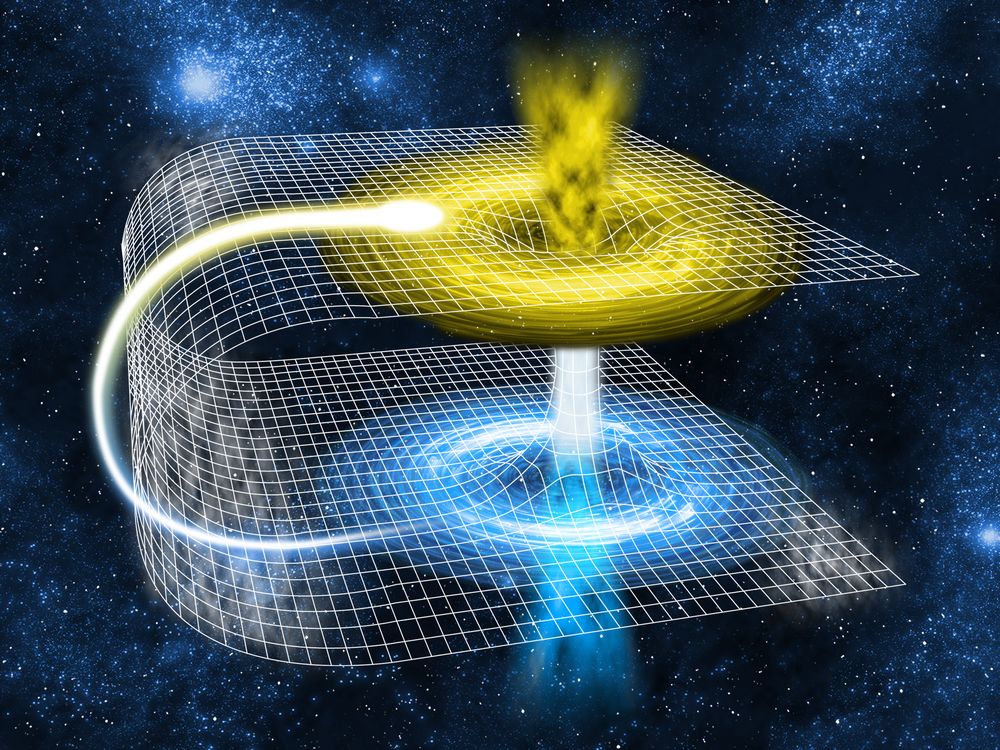 Maintenance of integrity of the mole hole demands huge energy, and the theory foretells that they can’t exist long enough that through them there could pass the spaceship or other macroscopic object. Such bridge can “collapse”, and the ship will be gone somewhere in singularity.

However, scientists assume a thought that technically developed civilization could hold a similar hole opened and the necessary time. But as it can achieve, a question still absolutely not clear.

To present it it is difficult. To make it, astrophysicists often give an example with the hill. If you dig a big hole and throw out the earth from her on edge of a hole, eventually at you not only the hole, but also the hill will turn out. In this case the hill will also be a metaphor of this positive energy, and a hole – negative.

Black holes and not only

Scientists carefully assume that black holes can appear peculiar analogs of the mole holes, perhaps. The matter is that бо΄льшая part of space time almost flat. It is strongly deformed only in black holes. The black hole so distorts space time around itself that forms certain “funnel”, “hole” of conical shape.

Gravitation in the closest vicinities of a black hole is so huge that the space time in her, in fact, ceases to exist, or is distorted so that time practically stops. Besides, some black holes rotate at an okolosvetovy speed. As a result the space time “is turned” in a hole practically in “tube”. Perhaps, having got into a black hole, we could pass through her narrow tunnel and appear… in the past, or, for example, in other Universe?

The best-known physicist-theorist of the present – Stephen Hawking – is sure that it is impossible. Even if the spaceship in any improbable way (having overcome whole and safe action of huge gravitation) will manage to get to the center of a black hole, he will appear in singularity and will simply cease to exist.

However many other scientists consider that, having got to a black hole, under certain conditions it is possible to escape, and even look for ways it to make. Of course, it looks an eccentricity. But the history of science knows many examples when such odd fellows invented the plane or went to the Moon. 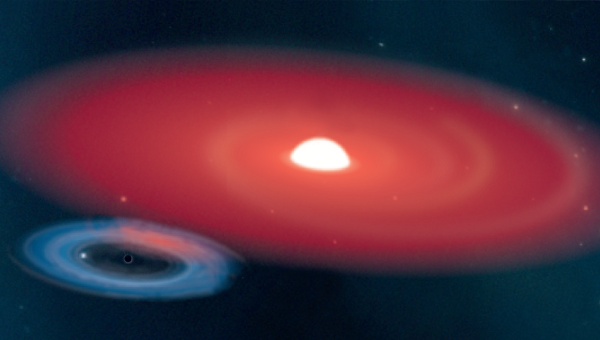 Professor of astrophysics from the Princeton university Richard Gott is the enthusiast of travel in time. He creates the theoretical project of the time machine and even claims that he has found the solution for travel to the past. After some astrophysicists, Gott considers that the natural time machine is the center of quickly rotating black hole. But he understands as unreliable too there can be such “transport”.

However, Gott has found potential less dangerous analog of the center of a black hole – the phenomenon which is called cosmic strings. Cosmic strings are a hypothetically existing space time folds, the thin threads of energy which have remained after the Big Bang. Their width is less than atomic nucleus, but they have phenomenal density. Such string only 1 m long would have bigger gravitation, than Earth entirely, and would generate a grandiose curvature. Gott has found out that interaction of such quickly moving strings can lead to emergence of the natural time machine.

Calculations Gotha aren’t confirmed with observations yet, but the scientist tries to prove that these strings exist. However, even he says that to find two such strings which would pass the friend opposite to the friend it is almost impossible. Therefore Gott pays attention to other theoretical structure, to space rings which could form the closed strings. Despite the absence of proofs of their existence, direct miscalculations in the theory Gotha isn’t present. Except that in such “ring” it will appear… again black hole. And in general, to operate system with such grandiose gravitation, energy resources of the whole galaxies would be necessary. 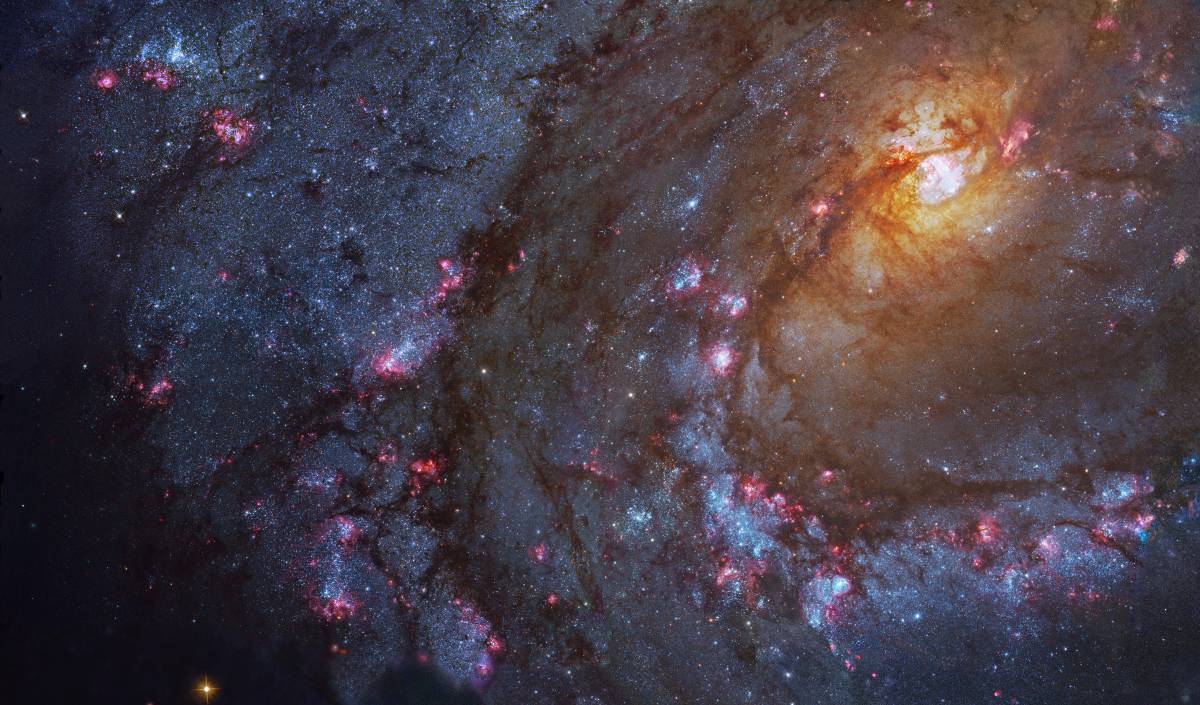 M83 galaxy. The black hole found in a galaxy of M 83 bypassed a theoretical limit of brightness, having confuted the fact that Addington’s limit – the fundamental law of the nature / ©NASA

To return to the past it is impossible to remain

But whether the quantum theory of a travel in time of ours – macroscopic – scale allows? Stephen Hawking says that he, at first sight, allows. Feynman integrals on trajectories testify to it (an essence of Feynman integrals that they replace definition of a unique, unique trajectory of the movement of any elementary particle with the full sum of an infinite set of possible trajectories of her movement). They cover all possible scenarios, and, so allow also existence of such distortion of space time which is necessary for travel to the past. Therefore to say that such travel are impossible in principle it is impossible.

Heavy particles which disperse in colliders in the European center of nuclear researches (CERN) or in National laboratory of Fermi in the USA reach the speed equal to 99,99% of velocity of light. However however many installation power was increased, it won’t be possible to exceed a light barrier.

Hey, guests from the future!

But if so why we were visited yet by guests from the future? The point of view is popular that the civilization of the future “is so advanced” that considers inexpedient to reveal a secret of travel in time to such unreasonable beings as we. What if some contemporary enthusiast wants to return to the past and to open to Nazis a secret of an atomic bomb?.

It can turn out that the history is strictly fixed chain of events, therefore even if you will return to the past, then you will be doomed to do the same that was done before. Otherwise, having returned to the future, you can even find out that you… just doesn’t exist, or not your relatives, or not the country in which you live, etc. The similar drama is well described in the well-known science-fiction story of Ray Bradbury “And has burst a thunder” which main character, making a trip to the past, has incidentally crushed a butterfly – and having returned, has found out that his relatives write in other language, and instead of the liberal president the dictator is in power. In natural sciences this term and is called – Butterfly Effect: insignificant influence on chaotic system can have big and unpredictable consequences somewhere in other place and in other time.

Other possible way of the solution of paradoxes of travel in time can be designated as a hypothesis of alternative history. When travelers in time come back to the past, they get involved in alternative unpleasant incidents which differ from that which is known to them. Many scientists speak today about possible existence of the Multiuniverse which all these can enter – and infinite number of others – the past options branching in an infinite set of the worlds…

At first sight, this hypothesis reminds the Feynman quantum-mechanical equations. But between them there is also an unsoluble contradiction. In Feynman’s integrals each trajectory completely includes space time and everything that is in him. And, as we have found out, within such representation the rocket through the bent space time could go even to the past. But the rocket at the same time would remain in the same “” space time, and, so and in the same story. Therefore Feynman integrals speak well for a hypothesis of the fixed past more likely.

The modern science doubts a possibility of travel to the past. But after all we don’t advise to argue with someone in this respect: suddenly this someone argues, knowing the future beforehand?.