Treasures of the tomb of the pharaoh Psucennes I 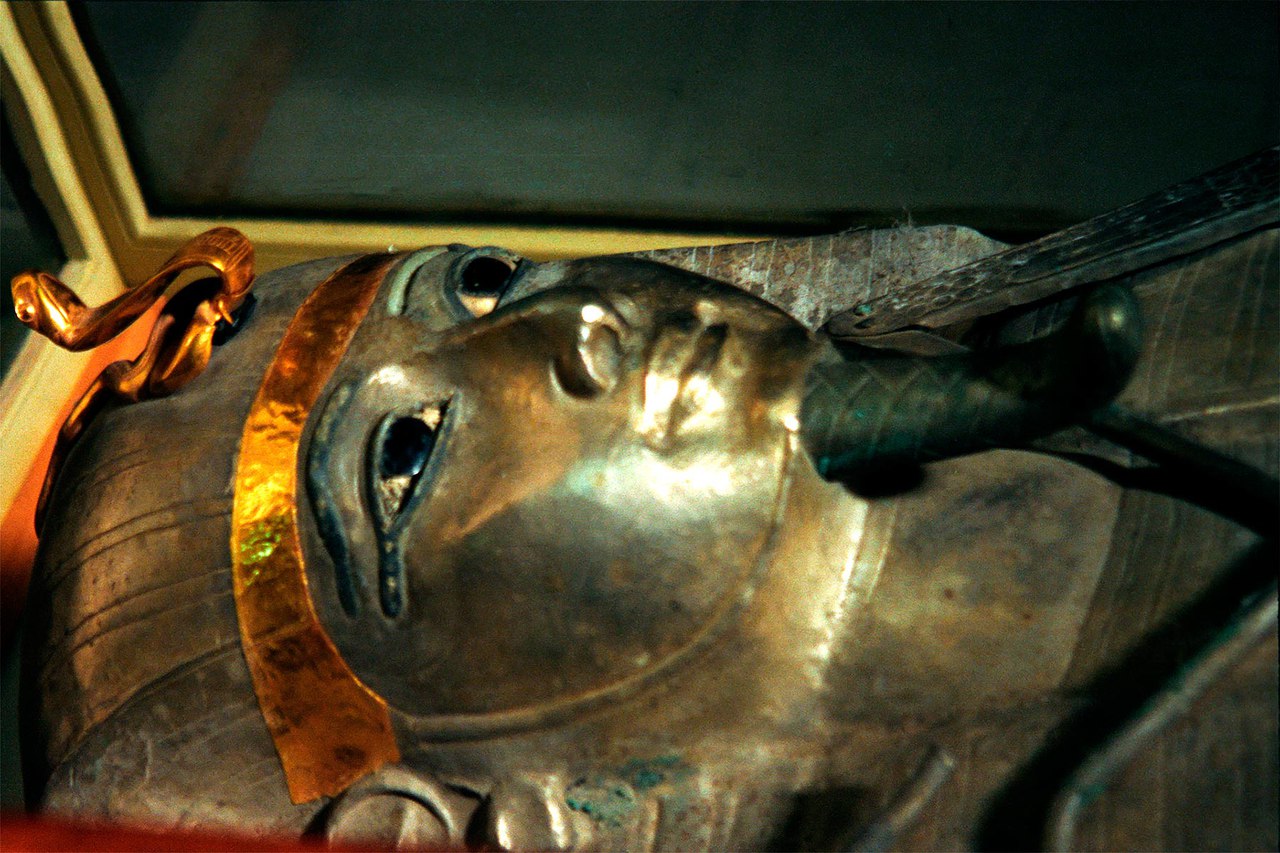 The tomb was discovered as a result of excavations by the French Egyptologist Pierre Monte in 1929-1951 in Tanis in the Nile delta among the tombs of the kings of the 21-22 dynasties. And in terms of its wealth and luxury, the items found in it are not only comparable, but also superior to the treasures of the tomb of Tutankhamun. 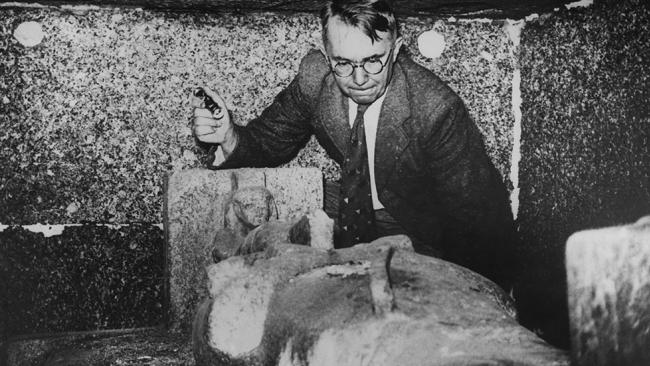 But if the collection of Tutankhamun was destined to travel half the world, admiring people of different ages and nationalities, then the gold and silver items found in Tanis are much less known. The reason why so little is known about them is the menacing events of 1939 and the war in Europe.

In February 1940, German troops stood on the threshold of France, and Montae, leaving promising excavations of the royal necropolis, hurried to his homeland for the family, and returned to Egypt in just a few years. 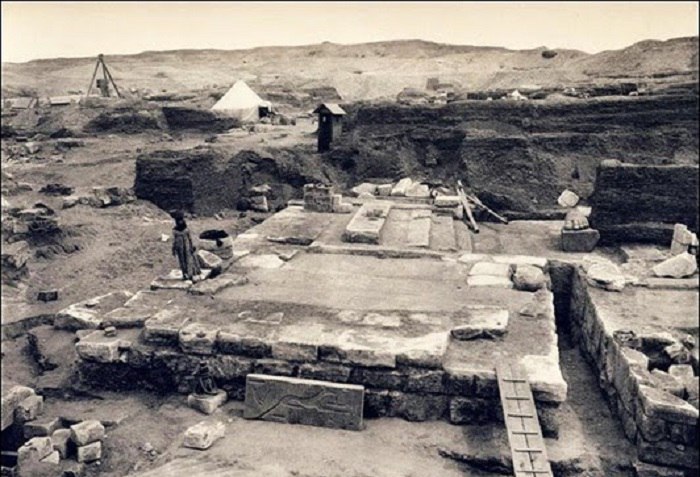 And I must say, at Monte this dream came true! While digging a necropolis in Tanis, he discovered a tomb, on the walls of which he found reliefs with the name of Pharaoh Psucennes.

Psuchens I (also Pasibhana or Hor-Pasebhaanniut I) is the third and probably the most famous pharaoh from the 21st Dynasty, who reigned in Tanis around 1047-1001 BC. The exact duration of Psucennes I’s reign is unknown, since various copies of Manetho’s records, preserved until our time, indicate either 41 or 46 years of reign. 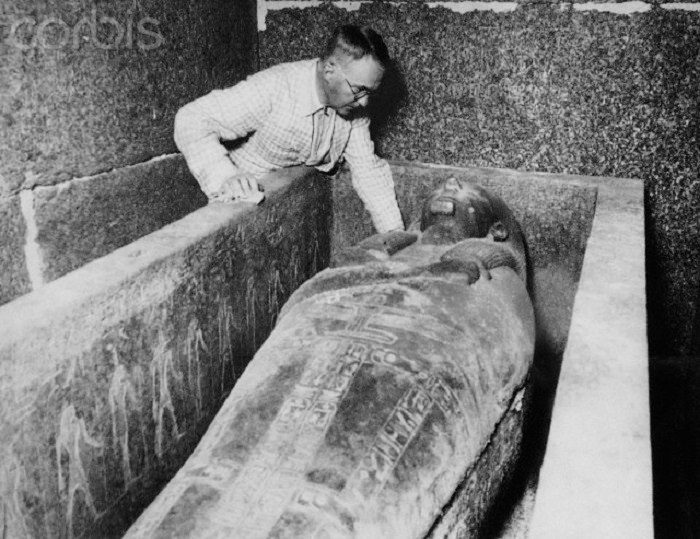 Psucennis is a Greek version of his original name “Pasebhaanniut”, which translates as “The Star that appeared in the city.” The throne name of this pharaoh sounds like “Aheperra Setepenamon”, which means “The great image of Ra, the Chosen One of Amun.”

And just in the burial chamber of Psusennes on a low pedestal archeologists found a sparkling sarcophagus of pure silver. Under the cover removed from the mummy there was a golden mask with a portrait of … Pharaoh Sheshonka, minted from one golden leaf. This is the second posthumous mask of gold, found by scientists (the first was a mask of Tutankhamun). The mask looks traditional: in front of us the face of a young man is 23-28 years old, the golden kite on the chest forms a kind of collar, and under it is a massive gold chain of pectorals (rectangular plates depicting religious scenes). The nobility and wealth of the buried are also spoken by gold rings and bracelets on their hands, caps on toes and even sandals of pure gold. Already these finds alone could have ensured Monte world fame, but he decided to move further through a narrow passage with raw plaster on the walls, dripping with water between the stone blocks … Soon the scientists discovered a funerary chamber, more than half of which was occupied by a sarcophagus. Vessels of alabaster, porphyry, granite, four canopies (ritual vessels), dishes and plates of gold and silver, figurines and ushashti (magical figures) lay around him in disorder. 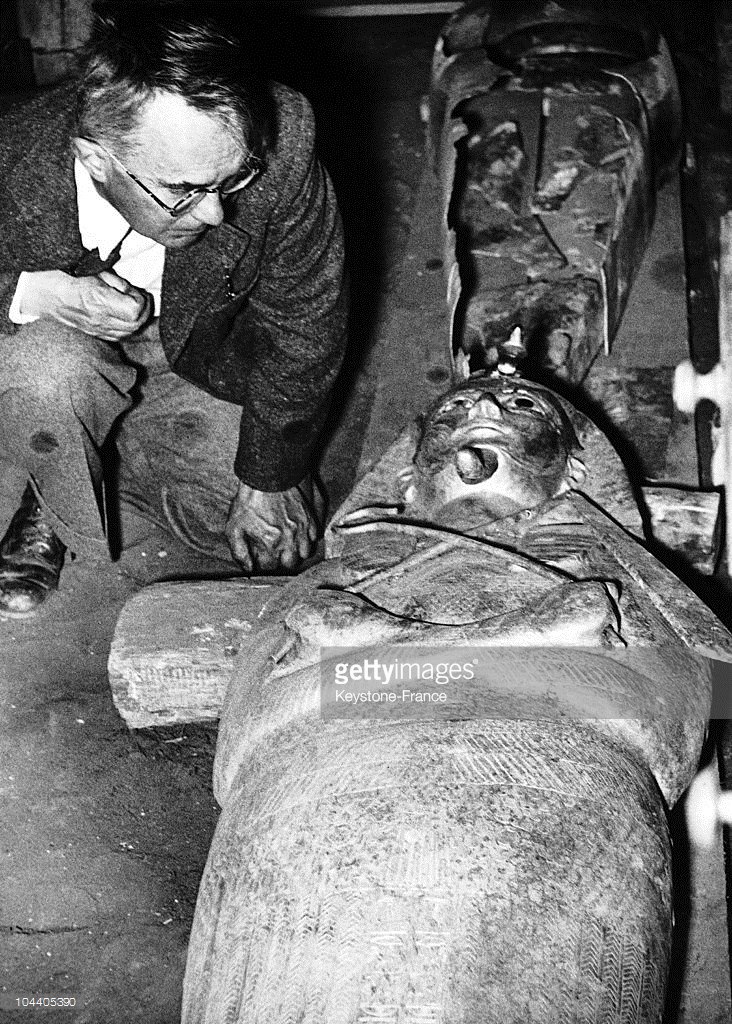 The sarcophagus was opened on February 21, 1940 in the presence of the King of Egypt, Farooch, a great fan of archeology. The researchers were not disappointed. And Psucennes’s body was buried in three sarcophagi: the first – from pink granite, inside of which there was one more – from black granite. And already inside the granite, in turn, was a coffin made of silver – “the bones of the gods”, as this metal was called in ancient Egypt. Its weight is more than 90 kilograms.

The silver anthropomorphic sarcophagus, adorned with gold inserts, contained the mummy of the king. This magnificent sarcophagus was by that time an incredible luxury, compared to which even the treasures of Tutankhamun pale. The fact is that in the era of the Pharaohs of the Old Kingdom, the cost of silver in Egypt was twice the price of gold. Then in Egypt, mined up to 40 tons of gold per year. According to scientists, this level of gold mining was achieved in Europe only in 1840. At the time of Psucennes I, the price ratio has changed in connection with the acquisition and development of silver mines. But the work with silver was considered much more difficult, there were fewer masters, and the cost of their work, respectively, is higher.

The damaged face of the dead king was covered with a golden funeral mask made of plates welded together and fastened with a few rough rivets. The thickness of the precious metal in some places reaches 0.1 millimeter, which indicates the skill of the jewelers of the time. Ritual headdress (nemes) of gold falls on the shoulders. The royal urae, the cobra lying on the top of the mask of the pharaoh, is made much more adept than the coarse and, I might say, barbarous gorgeous elements on Tutankhamun’s headdress. The mask is decorated with the stylized beard of the pharaoh, which is as if supported on both sides of the face by strips of lapis lazuli.

Among the features of the mask Psucennis, which attract the most attention, in the case of an inevitable comparison with the mask of Tutankhamun (despite the fact that they are divided 300 years), you can note the glossy shine of the metal. This is because the golden mask of Psucennes, which was made with the highest jewelry precision, was also carefully polished. Unlike the mask of Tutankhamun, it is not multi-colored, but more harmonious and aesthetic. And the monochrome nature of this work of art, characteristic of jewelry decorations during the reign of Psouzenses I, only shades his technical and plastic perfection. 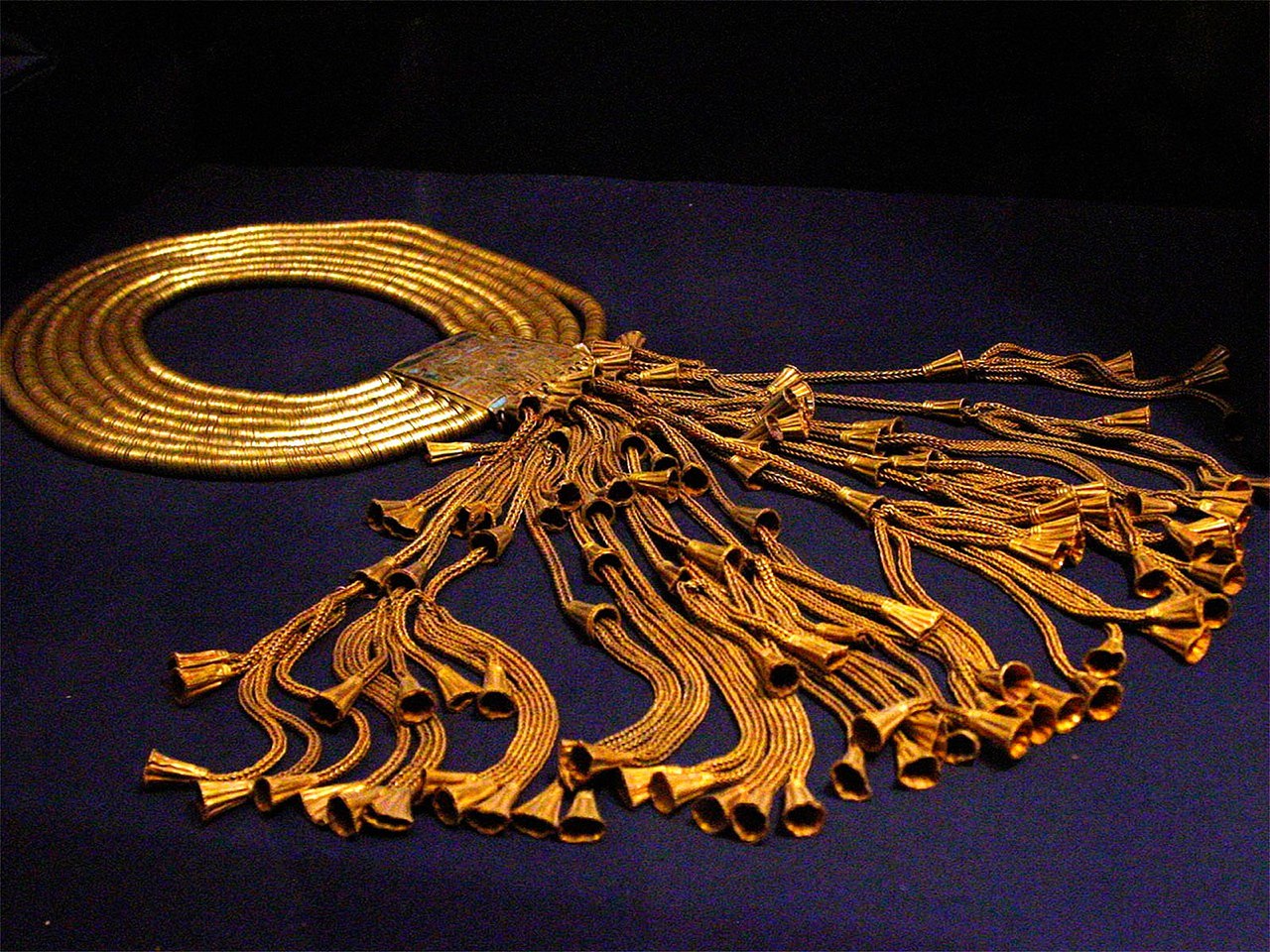 The veil on the mummy Psucennes was also gold with a chased pattern. Describing the mummy of the pharaoh, American Egyptologist Bob Brier remarked: “The fingers and toes were framed in gold fingertips, and he was buried in golden sandals on his feet.” The fingertips are the most complex ever found, with built-in images of nails. The finger also had an elegant gold ring with elements of lapis lazuli or some other semiprecious stone. ”

In the royal necropolis, despite its modest size, pudas of gold, silver, and precious stones were kept. Among the masterpieces of jewelry art are wide necklaces with pendants and pectorals made of gold, encrusted with carnelian, lapis lazuli, green feldspar, jasper. Priceless bowls of silver and amber in the form of a flower or with floral motifs, vessels for ritual libations, golden figurines of goddesses and funeral masks of pharaohs, lapis lazuli, blue turquoise.

Especially a lot was discovered lapis lazuli, even more than in the tomb of Tutankhamun. But it was one of the most expensive stones in Egypt, it was brought from the territory of modern Afghanistan. Six necklaces of Psucennes consist of several rows of beads, or from small gold discs and pendants. On one of the necklaces adorns the inscription: “King Psucennes made a great necklace of real lapis lazuli, no king did anything like this.”

So even in those periods when the economic situation of Egypt was not at an altitude, the kings were buried with a truly fabulous luxury! And the country at that time was really in decline. Egypt did not fight, the influx of military booty into the coffers of the pharaohs ceased. However, Psucennis was not only a pharaoh, but also a supreme priest of the god Amun. Occupying such a position, Psucennes, apparently, did not disdain to draw wealth from the “wealth of the gods” and very much succeeded in this.