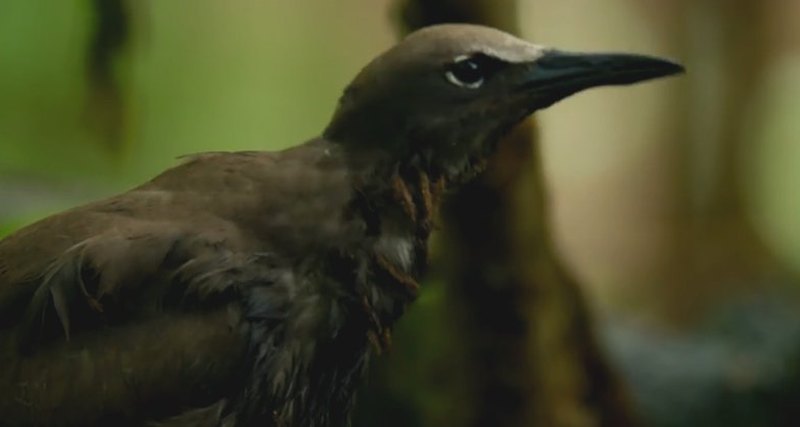 It’s about pisonia – a tree growing on coral islands and reefs of the Indian and Pacific oceans. On this tree grow long seed pods, covered with mucus and hooks and “exciting” everything that touches them. When, for example, a bird sits on a tree branch, the pods cling to the bird’s body with hooks, as a result of which the bird can not fly away and after a while dies of hunger. And this is not an isolated case, but a common practice: because of her, Pisonia was called a “bird-bird tree”.

Alan Burger, a researcher at the Victorian University (Canada), heard about this tree back in the 1990s and went to the island of Kuzin in the Seychelles to better study pisonia and understand why she is so bloodthirsty “appealing” to the birds . Within 10 months, between 1999 and 2000, the expert conducted experiments to determine what benefit the birds can bring to pisonia, “captured” by seed pods.

To begin with, the researcher looked at whether the bodies of birds that decompose, nutrient-rich bodies exert any positive influence on the growth of seeds. However, as Burgher saw, the seeds survived and germinated in the same way – both near the corpse and away from it. In addition, it is noted that the tree would receive more fertilizer from the droppings of the birds – thus, they would be much more useful to him.

The researcher did not find the reasons why Pisonia kills birds. More than that, live birds would do her more good, including because they would help spread her seeds.

The Burger study on pisonia was published in the Journal of Tropical Ecology in 2005.

In addition, a documentary on Pisonia was recently produced as part of the BBC Planet Earth II series. Below you can see his preview: