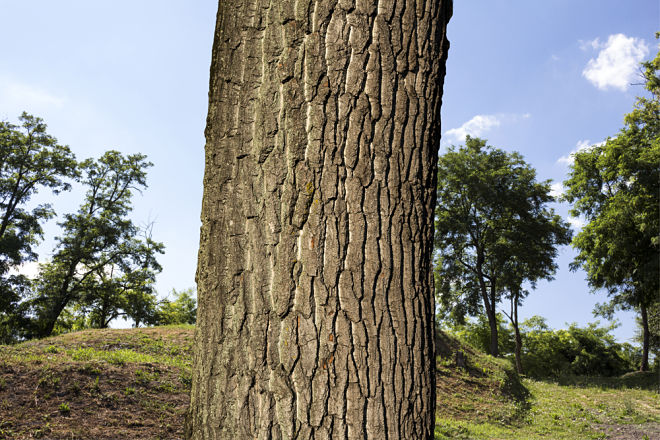 A new study has shown that trees growing in the fire regions of the world, developing a thicker bark. The data indicate that the crustal thickness may help predict which forests and savannas survive climate warming, as long as wildfires are expected to occur more frequently.

As found by scientists from Princeton University, in those areas where fire is common, for example, in the savannas and forests of Western North America, trees generally have thicker bark than moist tropical forests. Bark protects the inside of the barrel from overheating and is one of the few methods that use trees to survive in the fire.

“We looked at 572 species of trees in regions with different rainfall. It is not only in a specific biome, this pattern can be traced in different types of forests in different regions and on different continents. Studies show that the relationship between bark thickness and fire resistance of forests is determined by the evolutionary adaptation to fire and must be included in global climate models,” said first author Adam Pellegrini.

Periodic fires are necessary to maintain a healthy state of some types of savannas and forests. Fires clean them from the excess plant matter such as dead forest and herb, and rejuvenate the soil to the dominant fire-resistant species could thrive. However, fires can cause damage to the environment, returning the carbon accumulated over the decades back into the atmosphere

According to scientists, forests and ecosystems are not adapted to resist fire, frequent fires can have devastating consequences.