Trees preserve the memory of the war 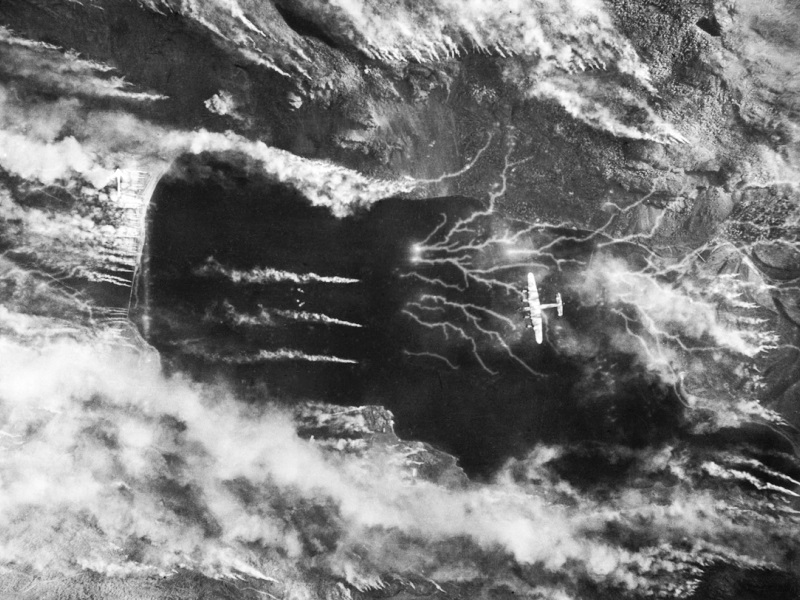 During the Second World War, the Nazis intensively used the smoke screen system of toxins so that the Tirpitz battleship would not become a target for bombers. Toxic fog has affected the state of the environment, in particular, on trees.

“Tirpitz” – the second battleship of the type “Bismarck”, almost did not participate in the battles. However, his presence in Norway threatened Arctic Soviet convoys and hampered the considerable strength of the British fleet. For more than 2.5 years, attempts have been made to destroy the Tirpitz. Battleship occasionally managed to disable, but only in November 1944 he was attacked and sunk. All this time, a massive ship was hidden in the Norwegian fjords. When in 1944 the British Air Force made another attempt to find a battleship, the Germans hid it in an artificial fog. The main component was a toxic liquid – chlorosulfonic acid: when sprayed in air from aircraft, it reacts chemically with drops of water and a dense smoke screen is obtained. A group of soldiers responsible for the production of artificial fog wore special protective suits.

According to a new study, these emissions left an indelible mark on living witnesses of the Second World War – trees, reports LiveScience. Even after 75 years, the use of toxins affected their condition. The well-known fact that tree rings can restore climatic changes in nature, long-liver trees are chroniclers of past eras. They in the cold years form narrow rings, and in warm – wide.

Researchers at the University of Mainz (Germany) found that trees in northern Scandinavia did not form rings in 1945, and many of them did not grow at all during the years following the war. The reason is the use of chlorosulfonic acid, which damaged or destroyed needles. And the needles are involved in photosynthesis. When coniferous trees lose them, regeneration takes years. According to scientists, 60% of pines near the coast were hit during the war. Usually, with natural elements (for example, drought, heat), the trees are restored within 5 years, but in northern Scandinavia they took 12 years, and some – about 30. This is really a strong impact on the condition of the pines, this “exceptional reaction to stress.