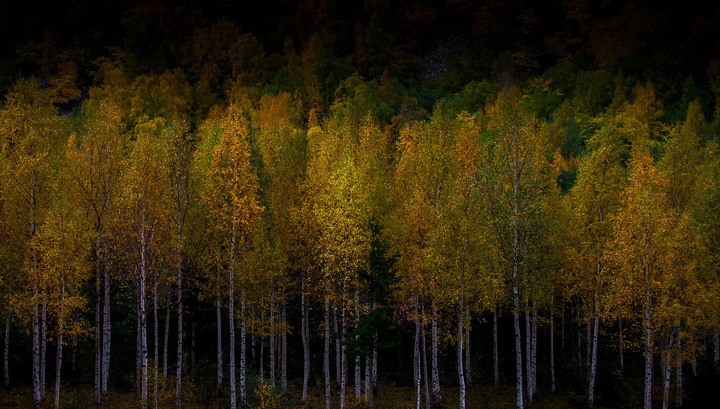 As you know, most organisms adapt their behavior to the change of day and night. Biological rhythms exist not only in humans and animals but also in plants. For example, many flowers open in the morning and close my petals at night – is celebrated in the 18th century by the Swedish naturalist and physician Carl Linnaeus. And Charles Darwin studied, in particular, changing movements of the leaves and stems in the evening, do not doubt that plants, like people, are able to “fall asleep”.

However, all these studies focus on a small – garden or pot – plants. Recent work by the European scientists have shown that not only the flowers but also the trees change their “behavior” in the rhythm of “day-night”.

A team of researchers from Austria, Finland and Hungary have measured the so-called “sleep movements” of adult trees using laser scanning with an infrared light that is reflected from the leaves. It turned out that the trees really rest at night.

“Our results show that all of the trees lower branches during the night. You may notice a change in the position of leaves and branches, — said one of the study’s authors, Puttonen Eetu (Eetu Puttonen) of the Finnish geospatial research Institute. – The changes are not too large: tree height averaged about five feet lower branches only 10 inches, but this process is systematic”.

To exclude the influence of weather conditions and location, the experiment was conducted twice with two different types of birch trees in Finland (14 scans) and Austria (77 scans). Both tests were made shortly before or after the solar equinox, in calm conditions – no wind or condensation.

Scientists have found that the branches and leaves they gradually SAG, the lowest position was recorded for a couple of hours before sunrise. In the morning the trees return to their original position within a few hours. However, it is not yet clear exactly how the trees “Wake up” – from directly sunlight or in accordance with its internal rhythm. 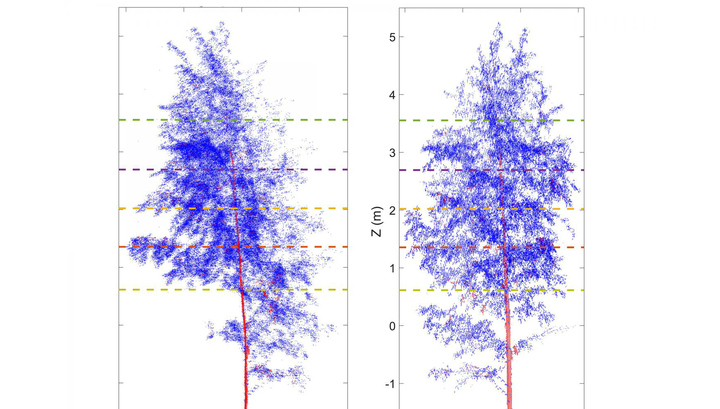 “We must not forget that the movement of plants is always closely associated with water balance of individual cells, which depends on the presence of light and photosynthesis,” stressed co-author of a scientific work of the zlín andrás (András Zlinszky) from the Centre for ecological research Hungarian Academy of Sciences.

Now for a better understanding of day and night rhythms of the trees, the scientists want to conduct more extensive experiments with other trees (the first to be poplar and chestnut trees), taking into account local and regional climate and planted areas (from the garden plot to the forest), and to monitor the influence of moisture on change of biorhythms.

The study is published in the journal Frontiers in Plant Science.