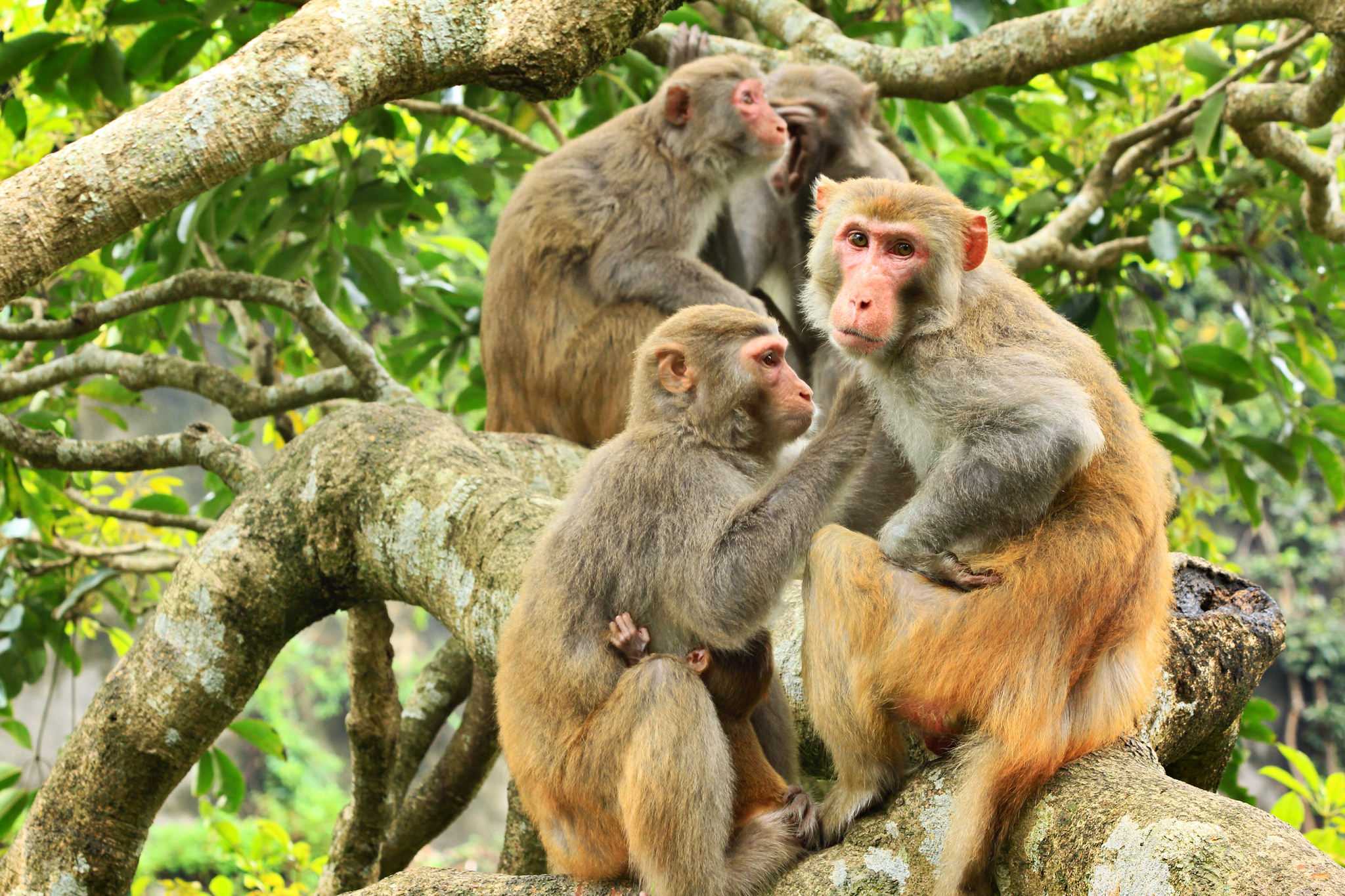 The retina of people and number of primates contains three types of photoreceptors corresponding to different wavelengths. In particular, this provides them with the tri-color vision — ability to distinguish green, red and blue part of the spectrum. However, as developed in this type of view in the course of evolution, has so far been studied insufficiently.

To fill the gap, scientists from the University of calgary, watched 80 monkeys in the forests of Puerto Rico. Due to the genetic characteristics of the females of these animals have either trichromatism, or dichromatic vision. In addition to observation, the authors built a computer simulation of the visual analyzer macaques, and compared the genes associated with colour vision in primates and various mammals.

The analysis showed that individuals with trichromatic vision is easier to find in trees nutritious leaves and Mature fruit. Meanwhile macaques with two tone vision faster recognize the disguised insects. The researchers also found that the shift in color perception from ultraviolet to blue-violet part of the spectrum has occurred before the separation of sherstokryl and primates and increased visual acuity last. In turn, color blindness originated in primates and was the result of the growth of visual acuity that requires the diversity of genes related svetochuvstvitelen.