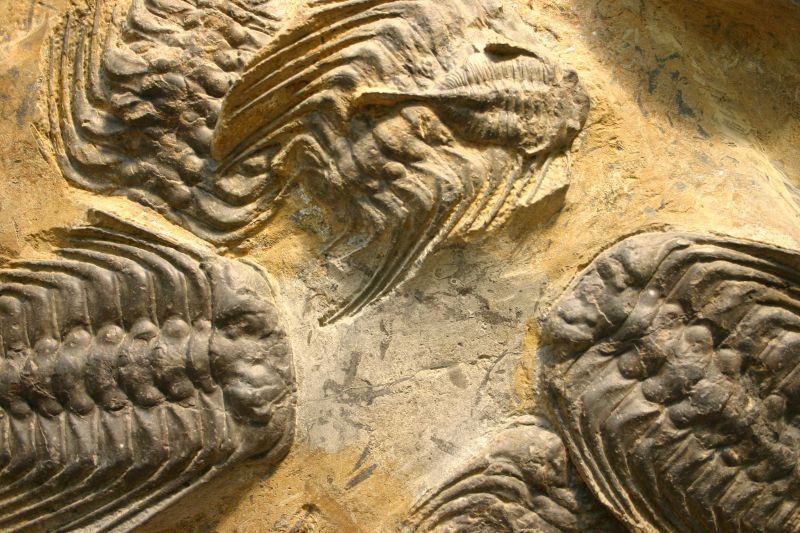 Scientists first discovered the eggs of the trilobite directly from the remains of this extinct arthropod. Judging by their location, the trilobites could have thrown gametes – eggs and sperm – sex through a hole in the head.

For a long time the trilobites flourished in the oceans of the Paleozoic – they have been extinct for over 250 million years ago, but their remains are found in large numbers, allowing you to even now identify many thousands of species of these marine arthropods. It is believed that these were androgynous: the female laid eggs which were then fertilized by the male.

American paleontologists led by Thomas Hegna (Thomas Hegna) from Western Illinois University, studying the remains of the trilobite Triarthrus eatoni, directly at the head of the animal found a few tiny spheres with a diameter of about 200 microns. They were able to identify like eggs – the first time scientists can see them directly on the trilobite. The specimen is well preserved during the fossilization of hard parts of the exoskeleton of the animal and eggs were replaced by iron-bearing mineral pyrite. Find the stratigraphic group Lorraine in North-Eastern USA, which contains a lot of these “pyrite” of fossils belonging to the Ordovician period – 485 to 444 million years ago. 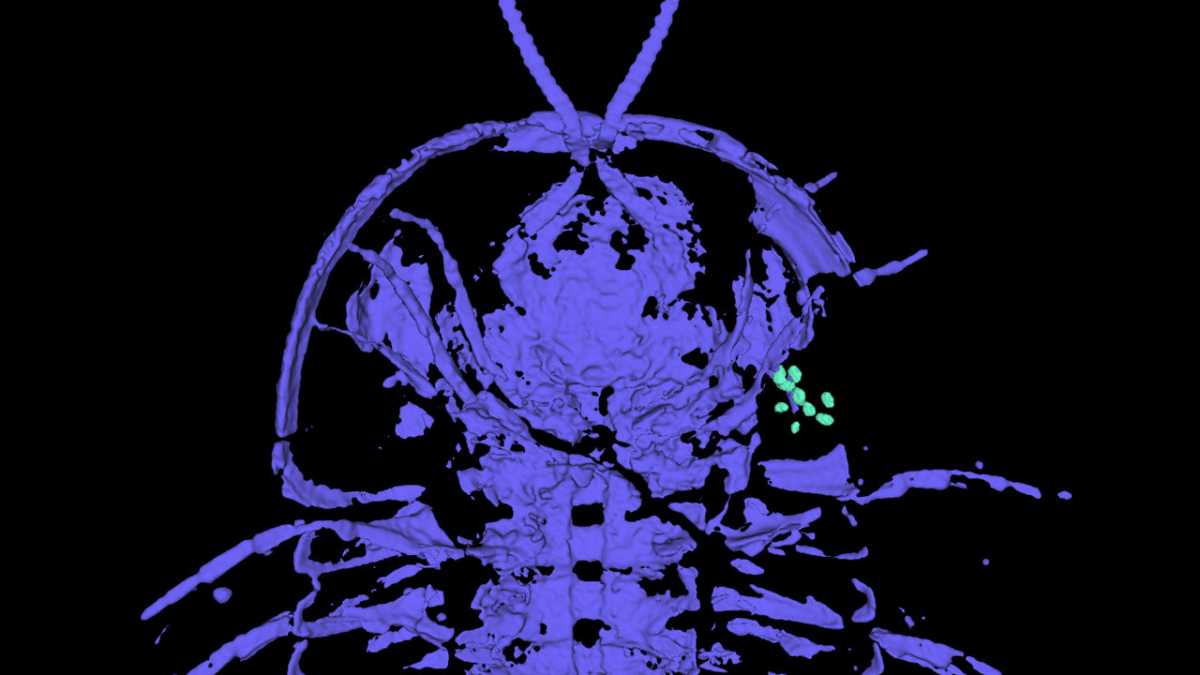 The fossilized remains of a trilobite Triarthrus eatoni:
directly at the head can be seen a few eggs

On the finding, scientists report in an article published by the journal Geology. In it they write that, judging by the location of the eggs, trilobites were able to lay eggs (and males to discard sperm) through a genital opening located on the head. Do today, some horseshoe crabs are ancient marine arthropods, which are relatives of trilobites.

However, their reproduction could be a little different. The remains of trilobites are often found in close “bundle” with a single individual, perched on top of the other, which makes some experts suggest that trilobites have already mastered copulation is fertilization in the environment. Wide dissemination of this hypothesis did not get on each other when breeding and the horseshoe crabs clamber males competing for fertilization already deposited by the female ovipositor.