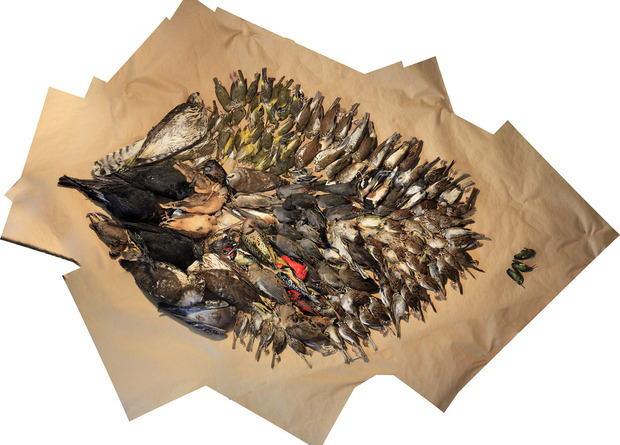 American bird watchers have evaluated the factors that increase the risk of fatal collisions of migratory birds with the exhibition center in Chicago. It turned out that birds most often die in the night when the migration flow is most intense and when the most windows in the building are burned. The likelihood of bird collisions with the exhibition center is further increased by westerly and southerly winds, as well as some other weather conditions. Taking these factors into account, it is possible to significantly reduce the death of birds – it is enough to extinguish half of the center windows at night. It is best to do this every night, but dimming the lights in the nights with the greatest risk of collisions will also help. As noted in an article for the journal Proceedings of the National Academy of Sciences, although the study focused on a single Chicago building, its findings could be carried over to other cities, where birds often crash against buildings during migrations.

Collisions with buildings, cell towers and other human-made structures are considered one of the main causes of death of wild birds. According to ornithologists’ estimates, in the United States alone, between 365 and 988 million birds are annually smashed to death on human buildings. First of all, this problem concerns migratory species. Daytime migrants usually crash into glass surfaces, and nighttime ones are confused by city lights: disoriented by their light, birds find themselves among dense buildings, where the risk of collisions is especially high.

The research team, led by Benjamin M. Van Doren of Cornell University, decided to find out what factors influence the risk of death of migratory birds in cities. To do this, they collected data on all the birds that, from 2000 to 2020, crashed to death on the large but low building of the McCormick Place Lakeside Center in the east of Chicago.

The city was not chosen by chance: it is Chicago, which stands on the flyways and where there are many skyscrapers, that is considered the most dangerous city for birds in the United States. Only about McCormick Place Lakeside Center, which is located on the shores of Lake Michigan, since 1978, about forty thousand birds have died to death. In addition to the number of birds killed, the researchers included in the analysis the following information for each night: what percentage of the building’s windows were illuminated, how intense the migratory flow was (this data was obtained using radars) and what were the weather conditions, primarily the speed and direction of the wind.

As Van Doren and his coauthors have found, 11,567 birds have crashed to death at McCormick Place Lakeside Center in twenty-one years. Most of these incidents occurred in the fall (64.8 percent). In the fall and spring, half of the fatal collisions occurred during the twenty-five percent of the nights when the number of birds flying over Chicago was at its highest.

The two most important factors by which one can predict how many birds will die under the windows of the exhibition center were the intensity of the migratory flow and the illumination of the building. The more birds fly over the city and its surroundings, and the more windows are lit in McCormick Place Lakeside Center, the more birds will crash against the exhibition center. Certain weather conditions further increase the likelihood of fatal collisions. For example, westerly and southerly winds increase the risk of birds crashing into the exhibition center. In spring, birds are more likely to die at night with low visibility and dim moonlight, and when low cloud cover is combined with intense lighting on the building.

Calculations have shown that if a light is on in a separate window at McCormick Place Lakeside Center during the night, the risk that a bird will be smashed against this window increases 4.1 times. These results indicate that it is possible that birds are not just losing orientation from bright light, but flying towards its source. At the same time, birds especially often encounter windows directed to the north and east.

Despite the fact that the calculations by Van Doren and his colleagues were made for a single Chicago building, the researchers hope that they will be useful for other cities, where birds often die due to collisions with illuminated buildings. The relationship between the number of crashed individuals and the number of windows in which lights are on underscore the need to extinguish unnecessary illumination or use alternative approaches to preserve the lives of birds, such as closing windows tightly with automatic shutters. It is hardly possible to completely abandon artificial lighting in cities – however, the findings of this study make it possible to understand on which nights, turning off some of the city lights will be most effective for protecting birds.

In many parts of the world, people are already partly moving away from artificial lighting to save birds. For example, residents of the New Zealand village of Punakaiki turned off several lights for several weeks in November last year. The fact is that the bright light disorients the rare Westland petrels (Procellaria westlandica) and forces them to land on the road, where they die under the wheels of cars or in the teeth of imported predators.