Turning the Earth into a snowball could plate tectonics 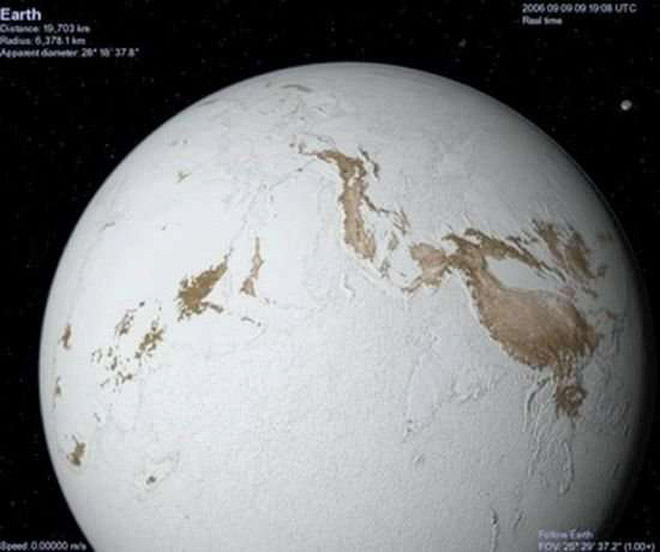 The so-called “Snowball Earth” hypothesis suggests that about 700 million years ago on Earth there were unusual episodes of global cooling, when the planet was completely covered with ice.

Several theories were suggested explaining the causes of the sharp cooling that occurred in the era of Neoproterozoic. Now geologists from the University of Texas at Dallas and Austin suggest that these climate changes may be related to plate tectonics.

Plate tectonics is a theory formulated in the late 1960s, according to which the earth’s crust and the upper mantle, a layer called the lithosphere, are broken up into mobile fragments or slabs. These plates are constantly moving, but not faster than your nails and hair grow. Their movement causes earthquakes, forms mountain ranges and volcanoes.

“The Earth is the only body in our solar system with a fragmented lithosphere. For planets, a more solid outer shell, known as tectonics of a tire (English Single lid tectonics), is much more characteristic, “said Professor of Geophysics Dr. Robert Stern.

Geologists have not yet come to a common opinion about the time when the solid shell became fragmented, consisting of two plates, and then of seven large and many smaller ones. But Stern cited geological and theoretical evidence that plate tectonics began between 800 million and 600 million years ago.

In a new study, he and his colleague Nathaniel Miller suggest that the onset of plate tectonics probably triggered changes on the surface of the Earth that led to the “Snow Earth”. They argue that this event is capable of explaining 22 theories that other scientists have designated as triggers for the Neoproterozoic cooling.

According to Stern, the emergence of plate tectonics should have affected the oceans and atmosphere by redistributing continents, increasing explosive arc volcanism and stimulating mantle plumes. The fact that significant climatic and oceanographic effects are observed in the Neoproterozoic time is a powerful argument in favor of the fact that the transition from the tectonics of the tire to plate tectonics occurred at that time.

“Today climatologists are concerned about the growth of carbon dioxide in the atmosphere. But imagine a time when tectonic restructuring began on Earth. Such serious changes could not but have a huge impact on the climate, “concluded Stern.