Turtles turned out to be orderlies of Australian rivers 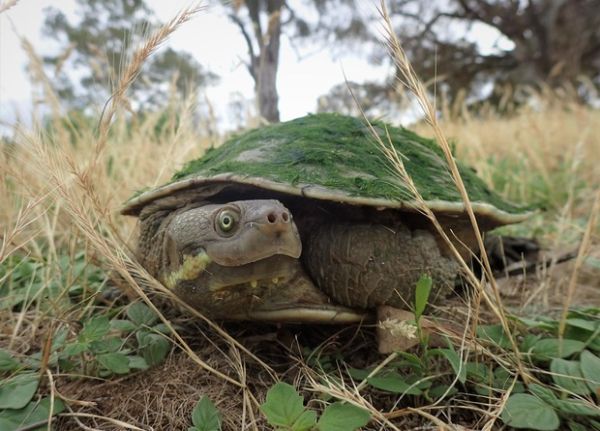 Turtles have proven to be a key component of Australia’s freshwater ecosystems. Experiments have shown that these reptiles actively eat carrion, helping to restore water quality after mass death of fish. Unfortunately, the number of Australian freshwater turtles is rapidly declining, reducing the resilience of local rivers. The research results are published in an article for the journal Scientific Reports.

Human activities have led to the degradation of freshwater ecosystems around the world. As a result, the cases of mass death of fish due to poisoning by sewage and a lack of oxygen in the water have become much more frequent. Such phenomena are considered a serious threat to the ecological balance of rivers and lakes, because decaying fish deteriorates the quality of water, increasing the concentration of nitrates and ammonium and stimulating the rapid reproduction of unicellular algae.

Scavengers such as freshwater turtles can mitigate the effects of mass fish mortality. Unlike land relatives, they mainly feed on animal food and happily include carrion in their diet. According to ecologists, in the Australian Murray-Darling river system alone, three native species of turtles ate 430 tons each day in 1970-1980.

A team led by Ricky-John Spencer of Western Sydney University decided to learn more about how the presence of turtles affects water quality in rivers. At the first stage of the study, zoologists conducted a field experiment at four points on the Murray River, where the number of turtles was preliminary estimated (the most numerous was the edged short-necked turtle (Emydura macquarii)).

The authors placed carcasses of carp (Cyprinus carpio) into the water – a total of about eighty. At half of the points, the fish were in mesh plastic boxes, which could be penetrated by shrimp, crayfish and other invertebrate scavengers, but not turtles. Ten days later, the researchers compared the mass of fish remains in different parts of the river. It turned out that where turtles have access to carrion, its processing is much faster. Moreover, the higher the number of these reptiles, the faster the process goes (p <0.001). Then the experiment was repeated under laboratory conditions. Scientists have captured 20 adult E. macquarii males in the wild and placed them in pools of running water. As the exploration lasted forty days, the turtles were provided with everything they needed: in particular, they had shelter and places where they could bask in the sun. Four turtles were planted in five pools, and five more were left unoccupied as controls. The researchers gave the reptiles a week to acclimatize, and then put a kilogram carcass of carp in all ten pools. Six days later, one more dead fish was added to all containers. After the turtles had completely eaten the carrion, they were released into the wild, and the carp from the turtle-free pools were allowed to decompose completely. Analysis of the data obtained showed that in the presence of turtles, fish carcasses are processed three times faster than where they are not (p <0.001). In the populated basins, the first carp decomposed in an average of 6.4 days, and the second in 3.6 days. For comparison, in empty pools it took 27.4 and 25.2 days, respectively. Comparing the data on the quality of water in pools with and without turtles, the authors came to the conclusion that in the first case, the concentration of oxygen and ammonia in the water returned to normal faster. Thus, these reptiles can actually mitigate the negative effects of mass fish mortality, such as excessive algae proliferation and a drop in oxygen levels. Unfortunately, the number of turtles in Australian rivers has declined markedly in recent decades. This means that local freshwater ecosystems have become less resilient. Meanwhile, the Murray-Darling system may soon face new cases of mass death of fish. The fact is that the Australian government has been planning to fight invasive carp with the help of carp herpesvirus 3 for several years. As a result, there will be a lot of dead fish in water bodies - and where the number of turtles is small, the consequences can be severe. Turtles perform important functions in ecosystems, but human activities have put many of them on the brink of survival. According to a recent study, 61 percent of all species of these reptiles are threatened with extinction. The number of some of them, for example, the Svayno tortoise (Rafetus swinhoei), has decreased to a few individuals.