Two cubs of the rarest Javanese rhino spotted in Indonesia 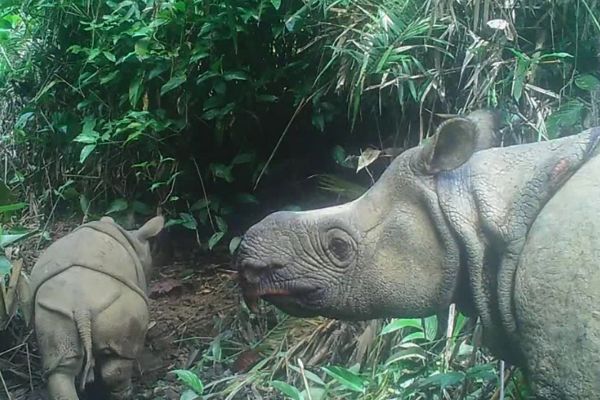 The Javanese rhinoceros (Rhinoceros sondaicus) belongs to the genus of Indian rhinos. It reaches a length of three meters, the height at the withers is up to 1.7 meters, its only horn is about 20 centimeters in size. Javanese rhinos have folds of sagging skin that make them look like they are wearing armor.

In the past, the habitat of the Javanese rhino included all of mainland Southeast Asia, the Great Sunda Islands, southeastern India and the extreme south of China. Until recently, this animal was found in the Vietnamese Cattien National Park, but by 2011 poachers had killed the last wild rhinoceros on its territory. Today, the Javanese rhino lives only in the Ujung-Kulon National Park on the western tip of the island of Java in Indonesia, but even there its number does not exceed several dozen individuals. Now the number of rare mammals in the park has reached 74 individuals. According to the IUCN, this species is on the verge of complete extinction. 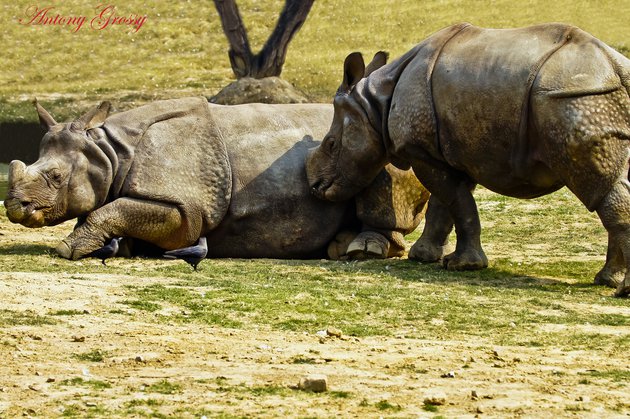 Recently, camera traps installed in the park captured the newcomers to the park – two small Javanese rhino cubs. Authorities said the baby rhinoceros – the female was named Helen and the male Luther – were spotted with their mothers in footage taken from March to August by nearly a hundred hidden cameras installed in Ujung Kulon National Park.

“These babies hold great promise for the survival of the endangered rare Javanese rhinos,” said a senior Environment Ministry official.

The rhino horn is one of the most valuable commodities in the exotic market. Unlike the horns of many animals, rhinoceros is not bone. It’s made up mostly of keratin – the very protein that makes up our hair and nails – so if you cut off such a horn, it can grow back. The illegal trade in rhino horns is widespread, primarily with Vietnam and China, where powdered animal horn is considered a sure remedy for any ailment, from cancer to hangovers. And many more believe that this is an excellent aphrodisiac. It is because of the popularity in traditional medicine and the supposedly miraculous properties of rhino horns, almost all five living rhino species are the coveted prey of poachers.