Two-headed creations which exist not only in myths 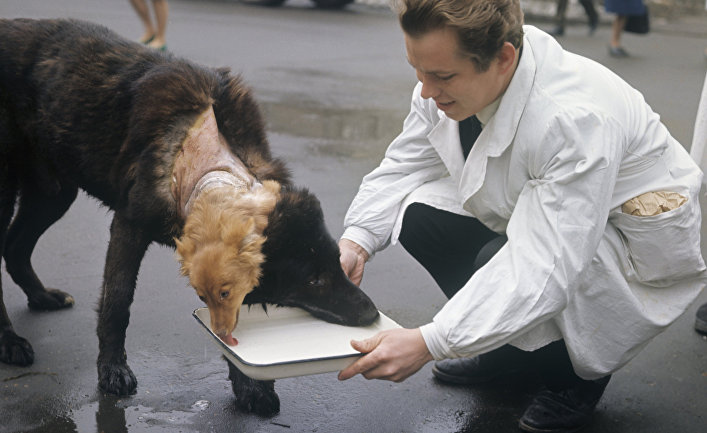 The observer of BBC Earth tells about two-headed creations which exist not only in ancient myths.

It was a chilling show. A colubrine monster, a many-domed Lerneysky hydra, got out of the den and brought down all the rage on Heracles waiting it, the son of the Greek god Zeus.

But Heracles had a plan. He already knew that in situ the chopped-off head of the Hydra grow new therefore called to the aid the nephew Iolaya.

As soon as Heracles beheaded the Hydra, Iolay cauterized a wound a torch, and the new heads of this devil creation did not appear any more.

The hydra hissed and coiled, her poisonous blood and respiration threatened with death to the most great hero of Greece, but he nevertheless won.

The last head of a monster fell to the ground, and Heracles came out from this fight the winner. Now it could start the third of the twelve feats.

Many-domed entity with poisonous respiration and the growing parts of a body — for certain a fruit of the rich imagination.

Some authors claim that the Hydra had fifty heads while in their other stories it is much less.

But from where so unusual idea appeared? Whether it is possible that the many-domed snake giant who was really existing in the nature served as a prototype of the Hydra?

Scientists record cases of birth of two-headed individuals many years. In the 1940th years the researcher L. E. Keybl described a two-headed embryo of fish needle. He called him “the tiny monster”.

The laboratory of the expert in biology of development Arkhat Abzhanov from Imperial college of London was visited by many two-headed entities.

Thanks to the modern knowledge in the field of genetics it managed to reveal mutations and cell-like anomalies which could become the reason of this phenomenon.

It is quite possible that such natural phenomena were an inspiration source for creators of ancient myths.

“I am absolutely sure that they observed beings with similar anomalies of development in the nature and tried to explain somehow this phenomenon or to reflect it in the culture” — Abzhanov says.

From time to time two – and even three-headed individuals really are born both in the wild nature, and in bondage. The fact that this phenomenon known as the polycephalia, occurs at different types of animals is interesting.

Let’s take, for example, the underwater world. In 2013 in the Gulf of Mexico the two-headed embryo of a bull shark was found.

Next year the same individual occurred also among marine mammals: on one of the Turkish beaches the dolphin with two heads was found.

Apparently, in both cases it were the Siamese twins who developed from one ootid which after fertilization was not divided completely.

This anomaly occurs also at people. Often Siamese twins have not only two heads, but also a double set of internals and even extremities.

Thanks to the well-known experiments the biologist Hans Shpemann could prove the beginnings of the 20th century that it is possible to prevent artificially division of the impregnated ootids and to receive Siamese twins.

He wanted to understand how the embryo develops. It connected two embryos of a salamander at an early stage of development by means of hairs of the baby.

He found out what by means of these manipulations can be received a salamander with two heads which fought among themselves for food in spite of the fact that they had a body only one. The scientist called this being “two egoists in one body”.

The list of animals among whom two-headed individuals occur is quite big. Turtles, snakes, kittens and others enter it.

We also know that similar cases are characteristic not only of the present. Paleontologists found petrified two-headed embryos which age contained millions of years.

As Abzhanov notes, various mechanisms can serve as the reason of emergence of the numerous heads or persons.

He explains that the head as body is an example of convergent evolution — process at which at individuals of absolutely different species groups similar lines develop.

Animals with a backbone and without it though relationship between them is absent have the head. Apparently, the head just is the useful result of adaptation, the characteristic of many organisms.

“The head really represents very efficient body — Abzhanov explains. — It is simply necessary for studying of a new situation”.

For this reason on the head so many sense organs, including eyes, ears, a nose and a mouth are located.

The shape of the head and structure of the person are defined by genes, one of which has special value and, in particular, is responsible for width of the person.

It has the curious name — Sonic Hedgehog, or SHH (in honor of Sonik’s hedgehog, the hero of the popular video game Sonic the Hedgehog).

It is bound to family of genes Hedgehog (HH) for the first time found at a fly drosophila. As a result of mutations of this gene larvae of these insects had sharp outgrowths similar to ezhiny needles.

Only vertebrate animals have a gene of SHH. Abzhanov explains that in case of weakening of an alarm way of Hedgehog in development of an embryo his head is gradually narrowed.

In certain cases it can be deformed so that the entity with one eye, similar to a Cyclops will be born. The substance causing similar anomalies in the cattle including sheep, received the corresponding name — циклопамин.

It contains in a bindweed field which the pregnant female can incidentally eat.

What will occur if SHH signal, on the contrary, amplifies? It will lead to a converse effect — the head will extend until on it two persons do not appear.

“This mutation meets seldom, but such cases were fixed both among wild, and among pets” — Abzhanov says.

Technically speaking, an individual with two persons and two heads are two different things. According to Abzhanov’s observations that the animal on one body had two separate necks and the heads, at an early stage of development there has to be other genetic mistake.

“Formation of the head, as well as any other part of a body, is started by a special group of cages at the very beginning of development of an embryo. We call it the organizational center” — he explains.

This mechanism was open exactly thanks to Shpemann’s experiments with embryos of salamanders.

“If to take group of cages and to replace them, for example, to a frog embryo, she will have two heads. It means that these cages give to an organism a signal of need of formation of the head” — Abzhanov says.

The same happens also in a case to Siamese twins, but Abzhanov observed similar processes and in the laboratory.

Cages of the organizational center can incidentally get from one embryo to another as a result of an injection or a cut if surgical instruments were not properly processed.

Scientists try to understand what leads to similar violations of development of an embryo. Abzhanov notes that environment temperature can be one of factors.

Together with the colleagues he often studies the impregnated eggs which to it deliver from farms in laboratory. They noticed that in hot weather there are strange things.

“In eggs which we receive during the periods of hot weather when air temperature exceeds 30C more anomalies are found, including two-headed embryos meet more often” — he says.

This tendency is noted also by other scientists. For example, one biologist found out that temperature increase in reservoirs can lead to emergence of two-headed embryos of fishes danio-rerio.

The reasons of this phenomenon are not studied yet, however now scientists conduct the researches designed to clear interrelation of high temperature and emergence of anomalies.

In 1758 the Swedish botanist and the zoologist Karl Linney called in honor of the Hydra group of tiny sea creations, something similar to her.

These entities are of special interest because of presence at them of several serpentine shoots and ability to regeneration — just as at the Hydra struck by Heracles.

Nevertheless it should be noted that many two-headed individuals, including Siamese twins, have very few chances to survive. They seldom overcome a fetal stage of development and almost never live up to an adult age.

In process of body height and development of an individual with two heads are influenced by huge loading, and scientists were once again convinced of it in 2014 when in laboratory of the Haifa university in Israel the infrequent copy — a two-headed salamander appeared. It for certain would delight Shpemann.

She involved to herself a lot of attention from outside to media, but lived very not for long.

“Two-headed salamanders meet infrequently — Leon Blaushtayn managing the above-stated laboratory explains. — At a stage of a larva everything was good, but after a metamorphosis the individual died”.

The larva of a salamander is a tadpole who turns into an adult individual as a result a metamorphosis, losing at the same time gills and several fins.

His head also undergoes essential changes. Eyes develop, there is language and teeth, and the mouth becomes wider. Perhaps, these cardinal changes also led to her early death — nobody knows the answer.

Abzhanov assumes that, besides overseeing by actual two-headed animals in the nature of Greeks also other phenomena could inspire. He explains that during pairing of a snake often gather in balls.

“Having seen a similar show, it is possible to present that before you one snake with several heads — he says. — Looks very terribly”.

And it is real, the image of the Hydra presented in ancient drawings is very similar to the picture described above.

The polycephalia is the very unusual phenomenon capable to cause in people fear — such is feature of our mentality. It partly explains why anomaly of development was chosen to give to the Hydra from Ancient Greek myths a frightening look.

Interfering with with a polycephalia, people really feel discomfort — testify to it story with a two-headed salamander of Blaushtayn and “the tiny monster” of Keybl.

In case of the former people even began to form conspiracy theories.

“Everything began to get out of hand when various groups began to declare on the Internet what put in radiation — Blaushtayn remembers. — But the reason and remained the unknown”.

Hydra — not the only thing in mythology an entity with several heads. Making the twelfth feat, Heracles faced a three-headed dog the Cerberus.

The image of many-headed creation in literary works always symbolizes a set of dangers which cannot be overcome easily.

Thus, it is possible to assume that there is the whole culture, the bound to frightening effect which is had on people of an entity with several heads.

In a polycephalia phenomenon animals still have a lot of not clear. Nevertheless taking into account that individuals with two heads have very few chances of survival both in bondage, and in the wild nature, there are no reasons to assume that this feature will not remain infrequent anomaly.

It is possible to guess only from where authors of classical myths scooped the ideas. It is possible that in ancient times someone saw an animal with two heads and began to tell about it excessively embellished stories.

Over time these stories could acquire more and more improbable details and eventually turn into the legends known to us now.