Tyrannosaurus still was covered with scales, not with feathers 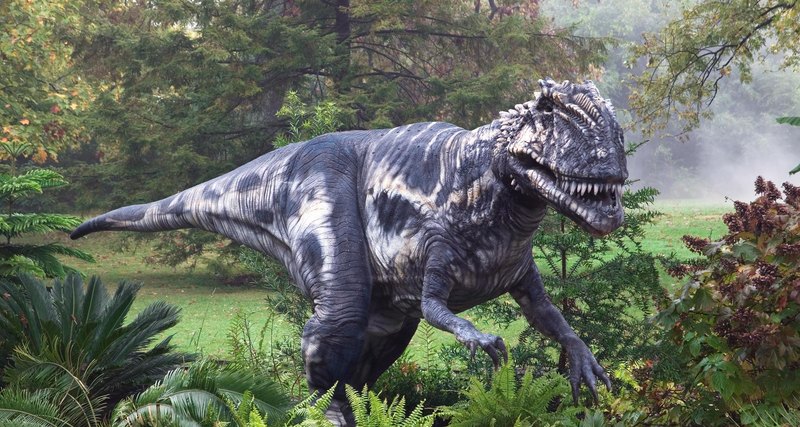 Despite recent studies confirming that many of the ancestors of the T-Rex could boast of colorful plumes, an international group of paleontologists proved that the most famous predator had no feathers.

To restore the T-rex scales, scientists collected and analyzed samples of the skin of tyrannosaurs and their prints in stone from all the museums in which such findings were discovered. In the laboratory of paleontologists, samples of external covers of other theropods, the closest relatives of tyrannosaurs, also found their way.

Tyrannosaurs lived about 67-65.5 million years ago, at the very end of the Cretaceous. Their feathered ancestors inhabited the Earth much earlier, and in the process of evolution lost feathers; Already a common ancestor tyrannosaurus and his contemporaries wore only scales. In an article published in the journal Biology Letters, paleontologists prove that their skin was in many respects similar to the skin of modern reptiles, and the spinous outgrowths remotely resembling feathers could only grow on the backs of these huge animals.

Large theropods, such as T-rex, could lose feathers and return to scaly cover, but little feathered dinosaurs retained warm and light feather cover and 150 million years ago evolved into the first birds. Every sparrow and pigeon in the square is a descendant of awful dinosaurs, but, quite accurately, not a tyrannosaurus.